A Year in the Life 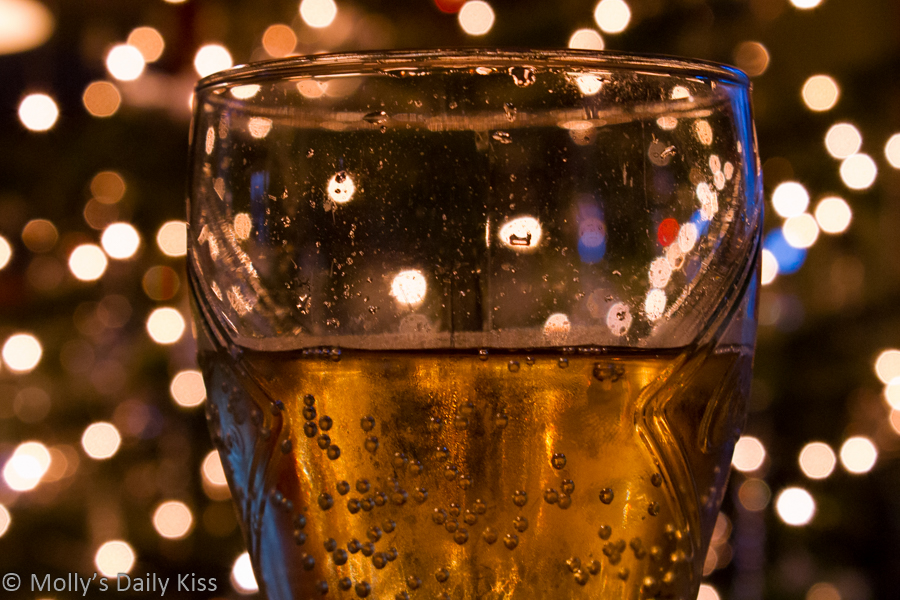 Despite saying in my Sinful Sunday this week that I prefer to spend this time of year looking forwards rather than reflecting on the past my last post of the year is going to pretty much fly in the face of that claim but I do have 2 millions reasons for doing it so hopefully that will excuse the flip-flopping around with the idea of what New Year means to me.

Don’t panic I am not about to write list 2 millions actual reasons for doing this, I don’t have to, because this week my blog (and this doesn’t include traffic to Sinful Sunday, Anonymous or The 365 Project, they all have their own separate traffic stats) reached a rather wonderful milestone in the form of 2 million unique page views since April 2011 (which is when I moved my site from Wordpress to self hosting) That is 2 million views in just over 3 and half years, plus the 85,000 I had on Wordpress, means that is a whole lot of looking has gone on and I am pretty fucking proud of that figure even if I do say so myself!

I have written on many occasions that I don’t blog for the traffic, I have always written for myself, following my own path and desires with regards to what I wanted to see in this space and not allowed the numbers and statistics to drive me but that doesn’t mean I don’t know what they are or that I have not allowed them to inform me at time. They are most definitely not the focus of my creative life here but they do nevertheless exist but for the most part I tend to view them with interest rather than with obsession. However I should also make it clear that having readers is, for any writer regardless of what or where they write, an intricate part of the whole writing/creating process. Whether it is the words I write or the imagery I create knowing that others consume it and, if I have done my job well, are moved by it in some way or other without a shadow of a doubt feeds the creative soul in a person. Would I still create without that audience? You bet I would, I can’t imagine not doing it but offering what you have created for consumption (I actually wrote cumsumption originally… a Freudian slip for sure) for me, is part of that creative process. After all, as Sex Blog of Sorts so aptly wrote in her post today…

“Because writing is more fun if you have readers.”

So with all that in mind I thought it wouldn’t be out-of-place to take a little look back at some facts and figures starting with this past year and the most read post from each month, followed by some general all time figures.

April 2014 – All Good Things Come; A Kink of the Week post about orgasm control, covering orgasm denial, forced orgasms and orgasm training which is also the most viewed post of 2014

May 2014 – To Cheat or Not to Cheat; A post about the complexities of cheating and people’s swiftness to judge written in response to a post on Kendra Holliday’s blog, The Beautiful kind.

August 2014 – Lumps and Bumps; One of the few image based posts to make this list about body image and self acceptance

September 2014 – An Unpleasant Outing; On how Facebook will out you to your friends, family, colleagues if you are not careful

October 2014 – The Perfect Girl; This one is totally about the image, for the Sinful Sunday competition to use an Alison Tyler book title as inspiration for a photograph.

November 2014 – La Petit Mort and 20 of 2014; Amazingly as of today these two post both have exactly the same number of page views. La Petit Mort was my entry to Girl On The Net’s competition to ‘draw your orgasm’ and 20 of 2014 is my annual round-up of 20 sex blogs of this year that I have enjoyed reading.

December 2014 – U is for Unwrapping; An image post and part of this years Advent Calendar featuring a naughty Christmas ABC poem.

Most viewed page of ALL TIME (apart from the home-page) – The Pussy Pride Project which as a result has led to Pretty in Pink being the most viewed post of all time.

Oh and one final fact for you all. Tomorrow is my 5th Blogiversary… not bad for a woman who started all this off as part of a New Years Resolution to write more…

A Look of my Own

The power of the hotpants

Yay for sharing a blogaversary with me, Molly – and congratulations on 5 years of an amazing site, gorgeous words, stunning photos 🙂

Congrats on the blog stats, I’m glad you started this journey five years ago and have become such a supportive and versatile blogger for our community.

Happy five years – you’ve heard it from me often enough, but you do a wonderful, wonderful job with your blog. You write beautifully, your photography is incredible and you’re one of the most warm and inclusive people I’ve ever had the pleasure of meeting. I look forward to reading for many more years.
Charlie xx

Hello lovely Charlie… It brightens my morning to see you commenting here. Thank you for your lovely kind words and I look forward to reading your work for many more years too

Congrats on your anniversary.
You do a wonderful job with all that you do and hopefully will continue to do. One is too inspire others, such as myself.
Cheers..here’s to 2015.

To inspire others is a truly wonderful thing. Thank you for your lovely comment

I am literally sitting here smiling ear to ear at your accomplishments.

Congratulations on your blogaversary, luv, and here’s to another five years *raises glass*

You are an example for so many of us – to just keep on doing our own thing, be ourselves and enjoy what we do!

I will always be one of your admirers.

Aww thank you very much sweet lady…. I can’t believe it is 5 years to be honest but what a wonderful 5 years it has been

Congratulations on your anniversary. 🙂

[…] views on her blog (two MILLION!) by featuring a summary of each month’s most read post in A Year in the Life. Way to go, Moll – here’s to two million […]