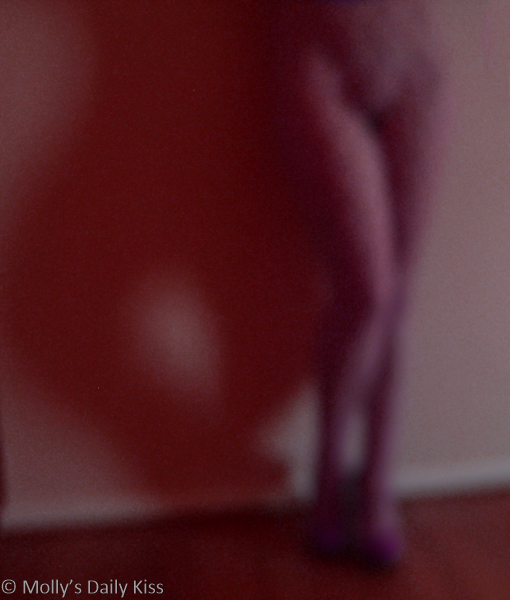 If you did not read last weeks post, A Seat at the Table, you really should because this is part 2 of that story…

The drive to his house took about 10 minutes, apart from him giving me direction, we barely exchanged a word. I was oddly glad to be the driver that evening, not only did it mean I had not touched a drop of alcohol but at this exact moment it was allowing me to focus on something other than what I was actually doing, which was going back to this man’s house having just met him for the first time. It was against all the common sense rules of dating but all I could think about was the dull ache of desire that lingered between my thighs and driving my car helped me to feel like I was in charge of this moment.

His house was somewhat of a surprise. A large detached building in a clearly affluent neighbourhood. Not the usual residence of a single man but I was already aware that he had ended up in the family home post divorce he has just not mentioned that the family home was quite this large. I followed him into what was obviously the living room, he flicked on a lamp in the corner of the room before disappearing into another room beyond. Calling out to me he offered me a drink but I declined. I nearly answered, ‘I didn’t come here to drink’ but I was fairly unsure of what the fuck I was actually doing and so decided to keep that thought to myself. Moments later he returned carrying one of those long candle lighters and much to my amazement proceeded to light at least a dozen various candles of different size around the room. Remember I had been in a very long relationship with a man who’s only use for candles was on a birthday cake and even that was pushing it, now suddenly here was this hot bloke lighting candles around his home for me. To say I was aghast and thrilled in equal measure would be pretty accurate.

I don’t know why but watching him light the candles soothed my slightly jumpy nerves and as I started to relax I began to wander around the room, trying to find my bearings in this new, unknown space. When finally he was done the room flickered with the warm yellow glow of all these candles, making the shadows on the walls dance. It felt peaceful, relaxing. I don’t remember the moments that passed next but suddenly he was kissing me. His hands cupping either side of my face before slipping into my hair. It was demanding, there was no doubt about who was kissing who, he was most definitely kissing me and my body was responding with a surprising enthusiasm but the moment I let my body push up against his he stepped away.

“Take off your dress”

There was something about his words that made me pause and then I realised what it was, they were not a request, there was no question mark at the end. It was a command and just like in the restaurant I found myself almost answering with a no. For a moment we just stood and contemplated one another but when I tipped my head slightly to one side and raised my eyebrows at him as if he questions he spoke again

“Take off your dress”

This time there was no doubt, he spoke slower, emphasising the ‘take’ and ‘off’ part of the sentence and it just like I was meant to follow his lead. Undoing the zip up the side, I pulled the dress up over my head and discarded it on the arm of the sofa next to me. For a brief moment I remember being very pleased that I had picked the black lace matching set and hold-ups but that moment was soon banished from mine mind as he started walking round me, circling me, like he was assessing his prey but it was when I felt his hands on my back undoing the clasp of my bra that a shiver rippled across my skin. Now I felt very naked, especially in comparison to his very dressed.

“Do you want me to fuck you?” he whispered into my ear, his body pressing up against my back, his hands coming to rest lightly on my hips.

“Do you Molly, do you really want me to fuck you?” this time I could feel the words one my skin as bent his head and let his lips graze across my neck as he spoke.

Hours later, dazed and sore, he bundled me up in a blanket on the sofa, made me tea and toast and held me tightly while I drifted in and out of a restless sleep.

The next morning I left early and drove home just in time to get changed and take my children to school. I was exhausted though, and once that was done I went home and fell into bed and slept until lunch time.

When I finally woke and stumbled out of the bed into the bathroom my body ached in ways I had experienced before. I had bite marks on my arms and shoulders, dark blue bruises on my thighs from his fingers digging into me, scratches down my back and across my arse and my cunt was sore and swollen and tender but as I sat on the edge of the toilet and the steam from the shower filled the room it was the smell that really got to me. It seemed to fill the room, leaching off me into the warm humid air, so that when I breathed I felt like I could almost taste it in the moisture, and even though my body was broken and sore and spent and exhausted my fingers dug into the folds of my bruised cunt and I made myself cum, perched there on the edge of the toilet seat, basking in the vicious consuming scent of my body and the painful ache of flesh well used.

I spent the rest of my day battling the opposing feelings of euphoria and desperate raging horn with the inner demons that kept confronting me with my deviance and mocking my belief that after years of being ‘a wife and mother’ I had taken my new-found independence and bravery and let a man bring me to my knees, both physically and mentally. The conflict between wanting him to do it all over again, and my desire to honour my new-found female strength and independence, raged. I knew nothing about consent, about submission, about how to united those two women. To me they seemed to be in direct opposition to one another. In a bid to find some answers I tracked down a male friend from the chat room I visited who I knew identified as Dom and poured out my woes to him. I can remember him chuckling at me and saying that it was about time I finally realised something that he had known about me for ages. I challenged him at the time, why didn’t you just tell me, and he said, would you have listened or believed me if I did? No you had to learn for yourself and he was right, I did.

That evening I got a text

“Good, are you free on Friday?”

“Trust your body”, the words my friend had repeated again and again to me rang in my ears and so I did exactly that.

“Sure, what did you have in mind?”

His reply, left me in no doubt that Friday was not going to be a dinner date…

If I Had A Million Dollars

Ain’t that a shame

OMG Molly, this is hot, hot, hot! The main course for sure. Damn, what an experience!

Your nonfiction is wonderful. I still wish I had awesome stories like this.

Wow!
Molly this is smoking hot! Can I have his number?!
Seriously though, what a way to be lose your D/s cherry? I can’t wait for the dessert!
Kat x

I especially love this paragraph:

I think writing about actual sex, rather than the build up or the come down is so hard, and you do it excellently here xx

Thanks for sharing this story. xox

This is delicious, Molly. Very much enjoying this tale of finding your way with such a hot man in a delectable adventure. Hot hot hot. XX-Jade