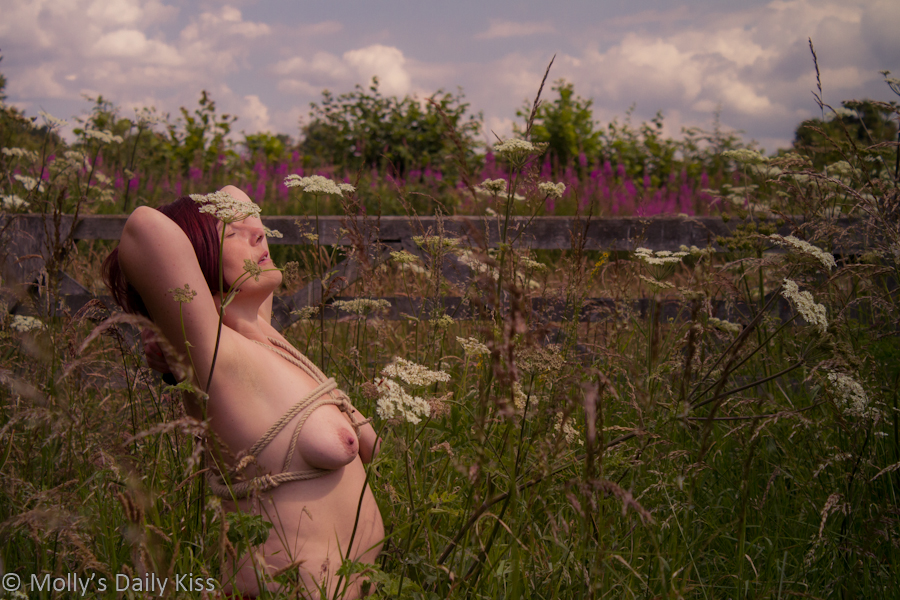 Traffic on the M25 (Brits will understand what this means) got the better of me. Despite leaving an extra 30 minutes early I still failed to be on time and ended up being nearly 30 minutes late. I texted him from the car telling him I was stuck in traffic. He replied he replied telling me I should have left earlier. I controlled the urge to reply back, ‘No shit, Sherlock’ and instead went with, I know’. His reply ended the exchange

“The key is in the door, let yourself in, lock the door behind you.”

I was fast learning that this man could disarm me and turn me into a raging bag of lusty horn with one simple sentence. It was both fantastic and infuriating at the same time.

When I finally did arrive at his house the key was, as promised, in the door. I let myself in and followed the little glow of lamp light into the front room. He was sitting on the sofa waiting for me.

“No need, I am sure you won’t be late again” (He was right about that, but I also eventually discovered that being early was far more of a crime than being late)

As I went to sit down on the sofa next to him he blocked the seat with his hand.

“Stand there” He said, pointing to the centre of the rug in front of him….

So the point of writing this little series was to answer two of the 30 Days of Kink questions:

What was your first kinky sexual experience?

The first date with this man was my first kinky experience. I didn’t know it was going to be but it really was a huge turning point in my sexual self discovery. I think I was very lucky to meet that man when I did. His timing in that regard was perfect and his willingness to show me some of the many delights of filthy kinky sex really set me off on a totally new course in my life including, in a roundabout way, deciding to start this blog.

As for the next question

How Did You Discover You Were Kinky?

It would be totally incorrect to say that this relationship was how I discovered I was kinky, it would imply there was a specific moment when it happened and that is not true, it was not a light bulb moment but a gradual realisation. I guess that first date was a bit like someone turning the light on, but like a bright light shone into the darkness all it did was blind me for while. However it was definitely the trigger for everything that has come since that moment. That first date and the subsequent relationship with that man was the beginning of a long and still ongoing discovery of my kink.

I thoroughly enjoyed this little series of you and getting to know even more about you 🙂
Thanks for sharing!

Loved reading this collection of posts. I’ve got new-relationship-butterflies for you, if that makes sense? Anywho – loved it. 🙂

I really loved this series Molly! Thanks for sharing your journey, or the beginning of it, with us.

i love the story behind the story, and the real life things that slip into our fictional pieces…

[…] of his life, every quality of his mind is written large in his works.–Virginia Woolf I read this gorgeous post by Molly of Molly’s Daily Kiss, and loved the beginning where she writes that she had never written in detail about the experience […]