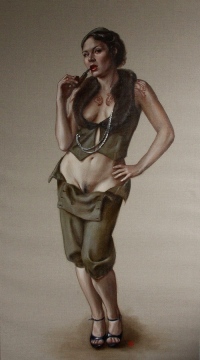 I have spent the last couple of days thinking over the topic of shame. Despite the modern times we live in where a woman can vote, own a property, work, even become Prime Ministers there still seems to be a huge amount of shame surrounding the female body and in particular female sexuality. It seems that it is OK for us to be confident, independent women when it comes to work but when you put those words together with female sexuality sadly it still often feels like this is something society still finds challenging.

For many of us who write about sex or sex related topics either for a living or for enjoyment we find ourselves amongst a community that is tolerant, supportive, accepting and positive. We are able to explore and learn within that community. Not everything is perfect mind you but for me, I have found a place, or carved one out, I am not sure which, where I can be open about my desires, relationships and my body. Even if my kink is not for everyone I know that within this community it will at least be treated with respect. The wider world though, is not so accepting.

I think I have been lucky here, I have had a few trolls in my time but to be honest they have been few and far between and on the whole so moronic that they just make me laugh before I move on and ignore them. Yes, people are entitled to a different opinion than I, in fact I want to hear it, but if the only way you can deliver it is with vicious spiteful words that attempt to shame me for my opinion then I will block your sorry arse and ignore you.

Yesterday on Facebook I found a link to a piece on Leena McCalls blog reporting that her painting,

‘Portrait of Ms Ruby May, Standing’ had removed by The Mall Gallery, London, despite being selected by the Society for Women Artists (SWA) for their 153rd annual exhibition. The reason for its removal; ‘too pornographic and disgusting’. I will pause here a moment while you go visit the link and read what Leena wrote herself about this…

So what do you think; Pornographic and disgusting or captivating and original?

I am utterly confused myself, what on earth could there be about that painting that someone could find pornographic? Her breasts are covered, her genitals are covered, there is a little hint of pubic hair, but really is that so challenging to people? Or could it be something completely different? Could it be that the painting shows a confident woman, displaying her sexuality in an almost male fashion, the clothes, the pipe and maybe most of all, the look on her face. The direct gaze at the viewer suggests she is contemplating them rather than vice versa. Could it be this, that makes the image ‘ Pornographic and disgusting’? I can’t help but wonder if the painting had shown a male subject in exactly the same way if it would have been given the same treatment. My gut feeling is that it wouldn’t because men confident in their bodies and sexual expression is totally acceptable even desirable male behaviour, but the same is not true for woman. Unless you are a women being used to sell something, then it is fine, because it is not really about a women expressing her sexuality anymore it is about a company using her sexuality to sell you something you probably don’t even want or need.

The Mall galleries, who claim to be…

which clearly is nonsense because it should say ‘National Focal Point for Contemporary Figurative art, just not images that show female sexuality’, seem to be absolutely fine with male nudes

This image (Ben Hendy, Self Portrait, Linocut) was displayed in gallery in 2012 and even won a prize, although the version on their website only shows the image from the waist up…

But what about this one? (Dr Victoria Bateman by Anthony Connolly) 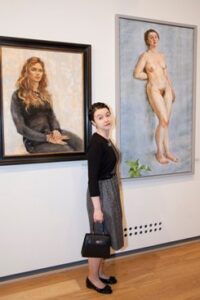 She is completely nude, there are nipples and pubic hair so why was this OK to displayed in May of this year and Leena’s painting is not? Well for a start one has wonder if it is more acceptable if the artist is male and in my opinion this one is OK because she is nude, just how women should be depicted in art, naked, vulnerable, with a softness that enhances their gentle feminine qualities.  To be honest, despite this painting being beautiful, I find myself looking at it and going, ‘nice nude’ and that is it. It really says nothing else to the viewer. It doesn’t challenge your idea of female sexuality or even the female form. It doesn’t make you question what you know about women, if anything it cements a standard acceptable view of the female body, she doesn’t have any tattoos, make-up, piercing, she is nice and clean and fresh and there is even a random little flower in the corner of the painting just to give you something else to look at if breasts and nipples are just too much for you. Leena’s painting doesn’t have that. For want of a better phrase, her painting has balls. It depicts a different view of the female form, there are no flower, no soft pastel colours, instead there is a pipe, bright red lipstick, masculine clothes, high heels and that direct confident gaze. It grabs your attention and makes you look, this is not a painting you can wander past and go ‘ahhh nice nude’ and I believe it is for that reason that it has effectively been censored by the Mall Galleries.

Women are not supposed to be like this, they are not supposed to make you feel uncomfortable, they are meant to be either sexless or feminine and vulnerable in their sexuality. By using words like ‘pornographic and disgusting’ Mall Galleries have used that age-old weapon of shame to further the idea that female sexuality is something to be scared of and controlled and ultimately censored rather than discussed.

Ps… In response to this inequitable act of suppression, McCall has asked supporters to join in the conversation #eroticcensorship on Twitter @MsMccall @mallgalleries and on Facebook Leena McCall. 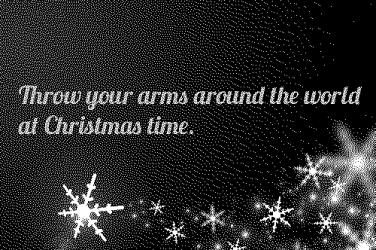 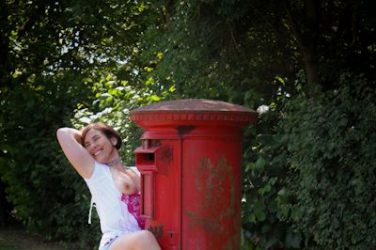 As I have mentioned before when the weather is something akin to summer I ... 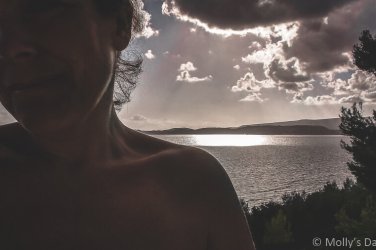 Someday I will… Those words are ones I have often struggled with. Sometimes I ...

Yes! Another fabulous guest post for The Pussy Pride Project and this time I ...