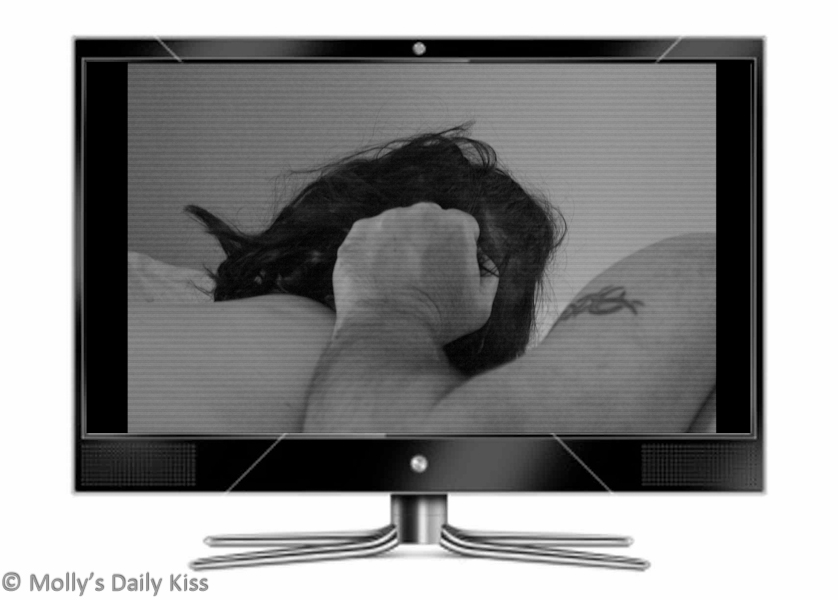 “Clara is coming round for dinner, you going to come out from behind that boring computer and join us?”

Leaning back in his office chair and looking at the great hulk of a man standing in the doorway Charlie felt a glimmer of irritation buzz through him. Boring computer eh? Or maybe you actually mean boring me. Well we might bore you but together we keep your sorry Superhero arse alive and functioning, thought Charlie to himself.

“Sure, sounds good” replied Charlie, fixing a smile on his face.

“I do, she is not like her many predecessors”

Even with the door closed Charlie could still clearly make out the deep belly chuckle from the other room and yet again annoyance fluttered through him.

Dinner was nice. As usual, when it was The Man’s turn to sort out food it came from the local take-away but Charlie didn’t really care about that. Clara was good company, something that Charlie lacked in his life, spending most of his days sitting in a darkened room with only the buzz and whirl of his electronic friends to keep him company as he worked to keep The Man alive and functioning. Having someone to have a proper conversation with that didn’t centre around work was a relief. Sadly it was over all too soon, as everyone said their goodnights and headed to their respective spaces within the complex Charlie wondered if he was destined to always be the one leaving dinner alone.

Back in his office Charlie contemplated the bank of screens in front of him. Some of them showed images but a few were dark. Glancing round to make sure all was right with the right world Charlie pondered his next step; Bed or….?

It had been The Man’s idea to install the surveillance system in the house. Despite his almost indestructible properties he had become increasingly paranoid over the years and Charlie, ever the compliant guy, had done exactly what The Man requested. The first time Charlie had used them for ‘watching’ he had come away more cross and angry at the utter waste than anything else. It had been liking watching a beautiful masterpiece being defaced by a vandal with a spray can. Since then he had watched again but it always left him feeling more and more disgruntled at the obvious mismatch of the people involved.

As the screen flickered to life Charlie knew instantly that tonight was going to different. Rather than the usual pathetic pawing he has witnessed before, Clara was fighting back. There was a tussle of limbs and sweaty bodies as the fight for power was played out. Most of Clara’s clothes lay torn and discarded around the room, her hair had slipped loose from its pony tail and lay in long ringlets around her shoulders and over her arms and back red finger marks were starting to form into bruises. Most woman would be terrified but Clara stood across the bed from The Man with a look of lustful greed on her face and Charlie knew instantly that this woman was, as he suspected, very different from all the others who had gone before. She was as much of a beast as The Man, and she was happy to be that way too.

With a strong purposeful lunge The Man leapt across the bed, Clara turned to get away but only managed a couple of steps before he was on her. Grabbing her around the waist and lifting her up, he half carried, half threw her onto the bed, then pinning her face down he tore her panties from between her legs and using his thighs he prised hers apart and pushed himself into her cunt. Despite the lack of audio Charlie could tell by the look on Clara’s face that her cry was one of wanton rage and he could feel himself grow instantly hard as a result. Unzipping his fly and letting his cock free from the confines of his jeans he proceeded to jerk himself off in time with The Man’s brutal thrusts into Clara’s prone and battered body. His orgasm came quickly and powerfully, shooting warm jets of hot cum over his hand and making Charlie groan aloud. Moments later The Man collapsed on top of Clara having clearly achieved the same result inside her hot wet cunt.

For a moment the couple lay like this before finally The Man rolled to one side and pulled Clara into his strong arms and cradled her there. That was enough for Charlie, the thought of watching them together in those tender after moments was too much for him and flicking off the screen he left the room and headed and for his own empty bed. Throwing his clothes down on the floor before slipping beneath the covers Charlie felt a momentary glimmer of guilt about what he had just done but it was instantly replaced with feelings of envious longing, as the scene he had just witnessed began to replay in his head.

Oh how he wished it was him in that room tonight. Clara was strong, powerful and for once The Man had a woman Charlie found utterly intoxicating, unlike in the past when their pathetic compliance had only served to repel and disgust. Quite when Charlie has fallen in love The Man he had no idea but for the first time ever rather than wanting to be in his bed in place of the woman he actually found himself wanting to be in there alongside her as The Man used his physical power against them both.

Ps…The prompt this month was “A disgruntled superhero sidekick.”

Blowin’ in the Wind

No Butts About It

Oh I really love this. The fact that a superhero wants security around the house and the fact that a girl fights back, as I think most girls would just lie down and spread their legs for a superhero, like her predecessors.

I hadn’t come across the Darker Flame meme. I must have a look!

As for the story; i agree with Marie, I can imagine a superhero pulling an awful lot of women.

And the picture is absolutely fantastic! 😉

That was a very hot read. The pic adds greatly to it.

Funny, you mention how he ‘leapt across the bed” and for some reason my mind sees him voguing for the camera as he does this, stopping in the middle with a big smile and hands on hips. Again, well written…think you have quite a talent for this.

Very evocative story, it sets a great tone and mood! Thanks!

Very good write with a fabulous image to compliment!!

Blimey that was a bit hot and a half. I loved it.x