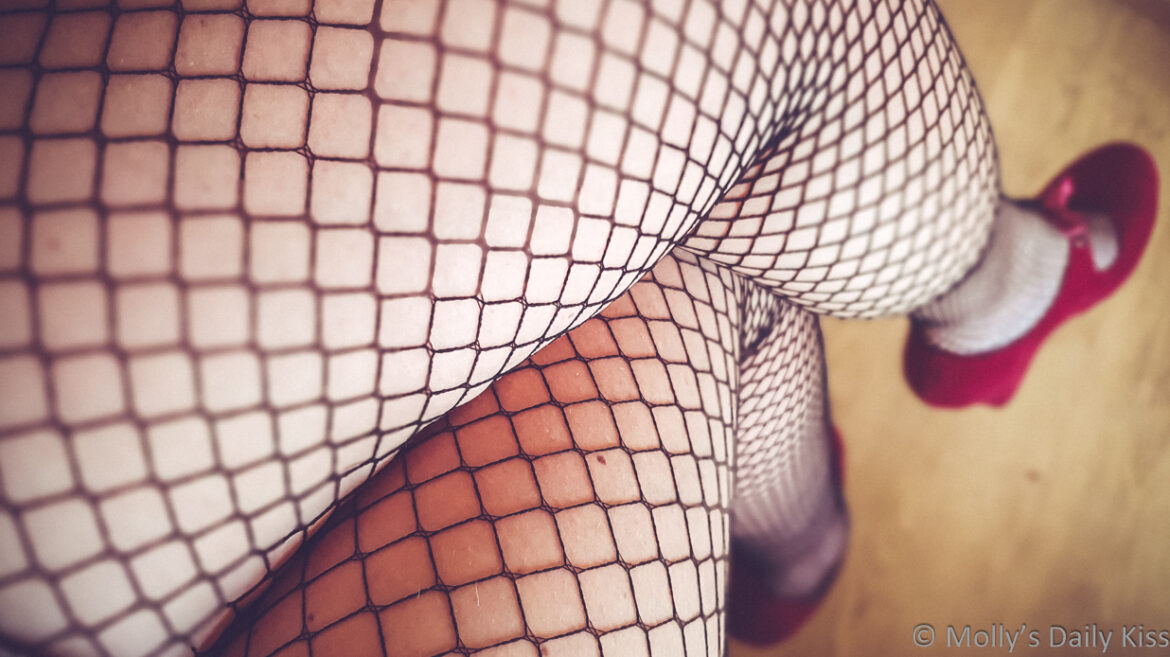 Denise was one of those women people describe as a bit tarty. Her skirts were always a tiny bit too short and her top a tiny bit to low cut. She had a beautiful hourglass figure and she loved to flaunt it. She had perfect blonde hair that fell in soft curls around her face and bow shaped full lips that she always painted a bright red. Her smile was broad and her laugh was infectious. At first glance you might mistake her for a barmaid or a receptionist. In fact she had often been mistaken as such where she worked. When people discovered she was the Chief Financial Officer of this multinational company there would always be a brief flicker of surprise visible on their face.

Beautiful women were not meant to be smart too and they were certainly not meant to have a doctorate in Maths and if they did they were meant to dress in tweed skirts and wear brogues and dowdy cardigans and probably glasses too. They were not supposed to have a ample cleavage perfectly framed by a button up blouse or wear red high heels and those stockings with a seam up the back and they were definitely not suppose to expect to be address as Dr Fulsom.

Denise was married to Peter. They had been together since meeting at Cambridge where they had both being doing their doctorate. Peter was tall and what most people would definitely describe as handsome. He too had blond hair which he kept short at the back and sides and longer on top which would sometimes flop over his deep blue eyes. He had a habit of whisking it back into place that was just down right sexy. Unlike Denise he had found his place in academia and now taught the type of students he and Denise had been when they first met. They made a striking couple.

People had not at all surprised when they eventually hooked up at university. One never is when the two most beautiful people in the room end up together. Although both of them had been. Neither of them had ever had a serious long term relationship and they had spent most of the first year actively avoiding one another. Both of them were well versed in how other people saw them and what they expected as a result and that had resulted in both of them giving most people a wide berth when it came to sex and relationships. It was not until they were force to work together that they started to sense that maybe in each other they had found their perfect match.

The first time they stayed up late into the night working on their project Denise had spent the whole evening expecting Peter to try to kiss her at some point. That is what most men eventually ended up doing. Likewise Peter spent much of the evening worrying that Denise would eventually lean over and plant those full red lips on his. When they both went their separate ways late in the night both were a little unsure what was going on.

It took Denise 2 months to ask Peter why he never tried to kiss her. He thought about lying, which is what he usually did when women asked, telling them that he was gay always seemed to comfort them whereas the truth he had discovered in the past bought a very different reaction but for reasons he didn’t really know he decided to tell Denise the truth.

“I don’t really like sex” he mumbled into his coffee

“Oh really?” Peter’s head shot up not because of what she said, but how she had said it, as if he had just told her the sexiest thing she’d ever heard.

Rather than looking shocked and appalled by his confession Denise looked happy and excited. Her eyes sparkled and her bright red lips, which some might describe as blow job lips, had broken into a broad grin.

“Look, if you think that is some sort of challenge and you are about to set about trying to convert me with your beautiful body and hot womanly ways don’t bother.”

Denise continue to grin at him as she said

“Nope, not my intention at all. I’m just happy to finally find someone like me.”

And that had been the beginning of Peter and Denise. They loved to hold hands, they slept together, often wrapped up in each others arms, they were comfortable being naked around one another, they would often shower and bathe together. They would lay on the sofa watching movies wrapped up beneath the same blanket. They loved each other intensely, they were the best of friends and the worst of lovers because neither of them had any interest in actual sex at all.

When they had first gotten together they had made a pact that if that ever changed for either one of them but not the other then they would be free to go and seek that elsewhere with someone else but if by some strange miracle they both changed then they would try it out with each other first. That had been 15 years ago and neither of them had changed in the slightest and of course no one had any idea at all.

They were a couple that made complete sense to people. The only thing that people questioned was their lack of offspring but that was easily explained away by their careers which had both their Mother’s wistfully sighing about grandchildren now and then. But apart from that no one would ever have guessed that Peter and Denise never had sex and where both utterly content and happy about it. In fact if you had told people that, they would have laughed and said

“Don’t be so silly. Denise? She is definitely a sexual creature, I mean look at those heels and they way she walks and as for Peter, well they don’t come much more handsome and charming than him.”

And of course they were right because that is exactly what Denise and Peter looked like. Peter didn’t have much choice in the matter really, he just had the natural way about him and a body type that fit the traditional expectations of society when it came to men and he liked people. He was attentive and interested in them. That made him attractive to people but Denise seemed to play on her sexuality sometimes. She definitely seemed to enjoy dressing up in a way that flaunted her shape and beauty. Of course it would have been easy for Denise to make herself invisible but she had no desire to. She might not like sex but she loved wrong footing people and she loved feeling powerful and in control and she had learned very early on that her looks could be as useful as her brain and together they made a her formidable opponent who had risen fast and high through a corporate world that was shocked to find itself being outplayed by a woman it expected to find dancing on the stage of a strip club.

Denise thrived on control and she found it in numbers and fucking with people expectations. Most men where so very predictable though, apart from Peter, he was a rare type and constantly amazed Denise with his love and commitment to her and how he seemed to thrive on her flaunting her beauty just as much as she did and yet, unlike every other man, he had absolutely no desire to consume it. In everyone’s eyes they were the perfect couple and of course the truth is they were, both of them considered themselves lucky to have found the other. They had even spent a whole holiday in the South of France once trying to work out the probability of two asexual people finding one another. Of course everyone else assumed they were the perfect couple for more conventional reasons. Can you image if everyone knew that these two people humans never had a single sexual desire for each other or any other human ever?

Flaunting her cleavage and wearing seamed fishnet stockings to board meeting would seem tame in comparison to such a shocking revelation and whilst Denise loved to shock people she knew damn well that being asexual was a taboo too far for most people.

Because We Are Human

A Moment In Time

I like this, a sexy story but no sex. Great story!

This is excellent and I bloody love the pun in the title!

A delightful little story about two very identifiable people we probably know or see every day.

Where did you dig that idea from! Completely took me down a wrong path to start. I take my hat off! ?

[…] try and write clever fiction so I love it when I read a clever story. This one will not disappoint you and the image that goes with it is superb – by Molly Moore, of […]

[…] try and write clever fiction so I love it when I read a clever story. This one will not disappoint you and the image that goes with it is superb – by Molly Moore, of […]

This was so interesting, good to take your reader places that are off the mainstream path xx

I really liked this!! Asexuality is so rarely talked about let alone positively (dare I in a sexy way too?). You executed this so well