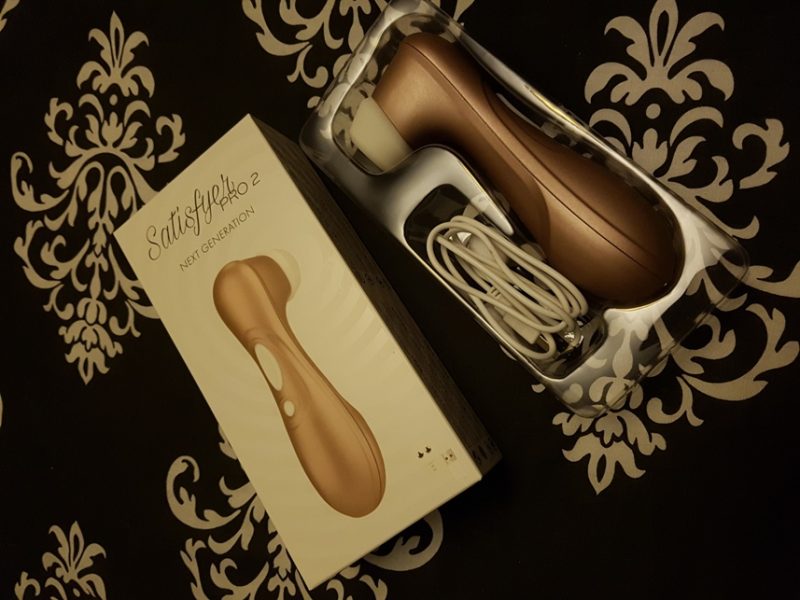 This is a guest post review as part of my new project to offer the opportunity to review products to other people.

The Satisfyer Pro 2 Next Generation Review by Bear’s Cub

I received the Satisfyer in perfect condition, in a very tasteful box with hygiene seals. It arrived with a bit of charge, but we plugged it in before playing with it to get the full oomph. It has a USB charger with a magnetic connection, which is fantastically easy to use. The toy itself is sleek and ergonomic, weighty enough to not feel flimsy,  but not so much that your wrist is in danger. It is a sort of rose gold colour and has a sheen to it, and overall it is a lovely toy that feels well made and luxurious.

It’s very simple and intuitive to use, the Satisfyer has a small power button which lights up when switched on, and a large button with a plus at one end and a minus at the other. Couldn’t be simpler. However unlike other vibrators I’ve tried, this has a little nozzle which fits over your clit and creates a vacuum, so instead of a buzzing, you feel more of a pulse, almost a sucking sensation.
As with others it does make a bit of sound, but instead of the rumble and whirring of a buzzy motor, this is something akin to a 50s B-movie flying saucer. It makes some very strange noises when it is lifted away from the body, but it’s pretty quiet while it’s in contact. So my top tip is get it in place before turning it on and off, as you don’t want to be moving it around much once things get started.

Simple to use and very effective, I would definitely recommend this toy to anyone who loves clitoral stimulation, and who maybe wants a different sensation to the buzzing of traditional vibrators. 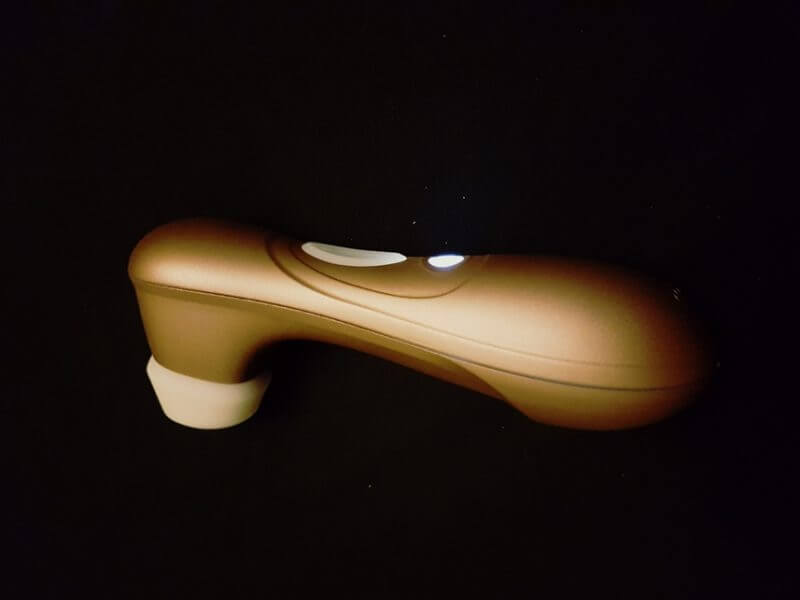 The Satisfyer Pro 2 Next Generation was sent to me for free in exchange for a fair and honest review.

It’s a small world after all

Oh I laughed at the bit about the noises it’s pretty full on isn’t it. But you’ve given me something to think about, so I’ll dig out my pro from the drawer and give it another go. It’s definitely different to my womaniser… But I must get too set in my ways… Indie x