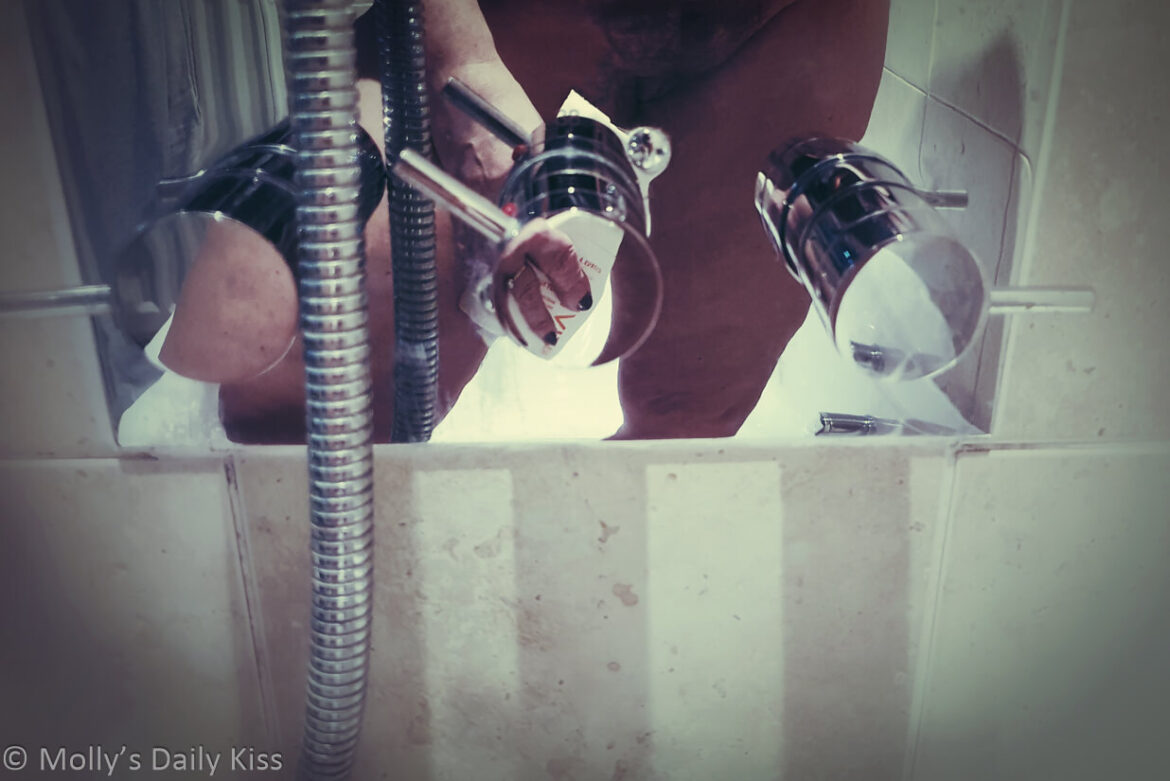 We all have people and places that turn us on but what about things? In this case the topic is Unfuckable things; items that you can’t pick up and use to in some sexual way but which, for some reason or another set your pulse racing.

My dining table has been the scene of a few filthy encounters. Starting many years ago with my sons tennis coach. Twice. He was 12 years younger than me and I was very pleased with myself when he lifted me up on the table and parted my thighs. Since then I have been tied to that table on more than one occasion, fucked over it more times than I care to mention and laid on it once after dinner and been enjoyed as a candle lit dessert.

However that table has also been the place for many other times in my life. I have raised my children round that table, from tiny babies to the grown ups they are today. I fed countless people and shared all sorts of conversations with folks sat at that table. It has been part of my life for more than 20 years and I am hugely fond of it and sometimes turned on by the memories it can trigger.

I am not really sure I can full articulate what it is about Christmas trees all lit up with sparkly lights and pretty decoration. Turn out the rest of the lights and there is something about that atmosphere that it creates which gives me absolute raging horn. Maybe there is a romance to it, a softness and beauty that speaks to me, maybe because it makes me feel warm and alive, maybe because it’s contrast to the rest of the darkness it sits in makes me think of stolen moments in the shadows and secrets. Probably of all this and something else I just can’t define but no Christmas is complete without fucking by the tree. Sadly last year I had to make do with fucking myself but I am definitely on a promise for next year.

There is something ridiculous arousing about airplanes. The bigger the better, the louder and better. Watching one power down the runway and lift off into the sky sends a little thrill of excitement through my body. I have actually written a whole post this kink. In it I said this

Regardless of what type of flight it is I adore that moment when the plane lines up at the end of the runway and there is that slight pause and you know the pilot is waiting for the final go-ahead to take off and then the whole plane lurches forward and you are pressed back into your seat as the engines roar with power and propel you along the tarmac towards your fate. Which is when I always I think, this is utter madness, me and all these people packed into this metal sausage hurtling along hoping that this beast gets itself off the ground successfully and then stays there until it is time to come down again. But it is not fear it is an odd feeling of hope and excitement and also a strangely comforting sense of fate that whatever is going to happen is going to happen, it is out of my hands and there is no turning back now. ~ Flight of Fancy

And yes I am now happy to claim it as a kink because as Michael once pointed out to me, the ideal of laying at the end of the runway fucking myself or even better someone fucking me as thundering great jumbo jets took the sky above me literally makes my twitch with desire.

I don’t use it every day because I don’t want it to lose it’s power. You know if you use a soap or a perfume every day you gradually stop smelling it? That is what I am trying to avoid. I have never been so excited that someone sent me shower gel before but when it appeared in the box of things he sent me for Christmas I literally hugs it to my chest. Even though I have a whole bottle of it I use it sparingly, not because I worry it will run out but because I don’t want it to lose it’s power to transport me to being with him. I used it today because I wanted to feel close to him but it always, without fucking fail, makes my cunt ache. The memories it triggers, the feel of his hands on my body as he washed me, his fingers in my hair, the intimacy of washing one another, the times it turned to from washing to something far more sexual. That bottle of shower and a hot steamy shower is like a recipe for massive horn.

Interesting blog post, I haven’t thought about it that way before. The shower really gets me turned on!

i have such a fear of planes and flying that your jumbo jet kink is FASCINATING to me. I get it in a very abstract way. It’s interesting how power is so intrinsic to sex in sometimes subtle ways.

It’s funny isn’t it how things can evoke memories. Objects hold little sentimental value to me, we’ve fucked over the back of my sofa more times than I can count and yet I’ve never given it a second thought. Scents however, that’s a very different thing.

Oh yes I am super into scents too