About MollyEvery Damn Day In June 2019Kink Of The WeekThreesomesWicked Wednesday 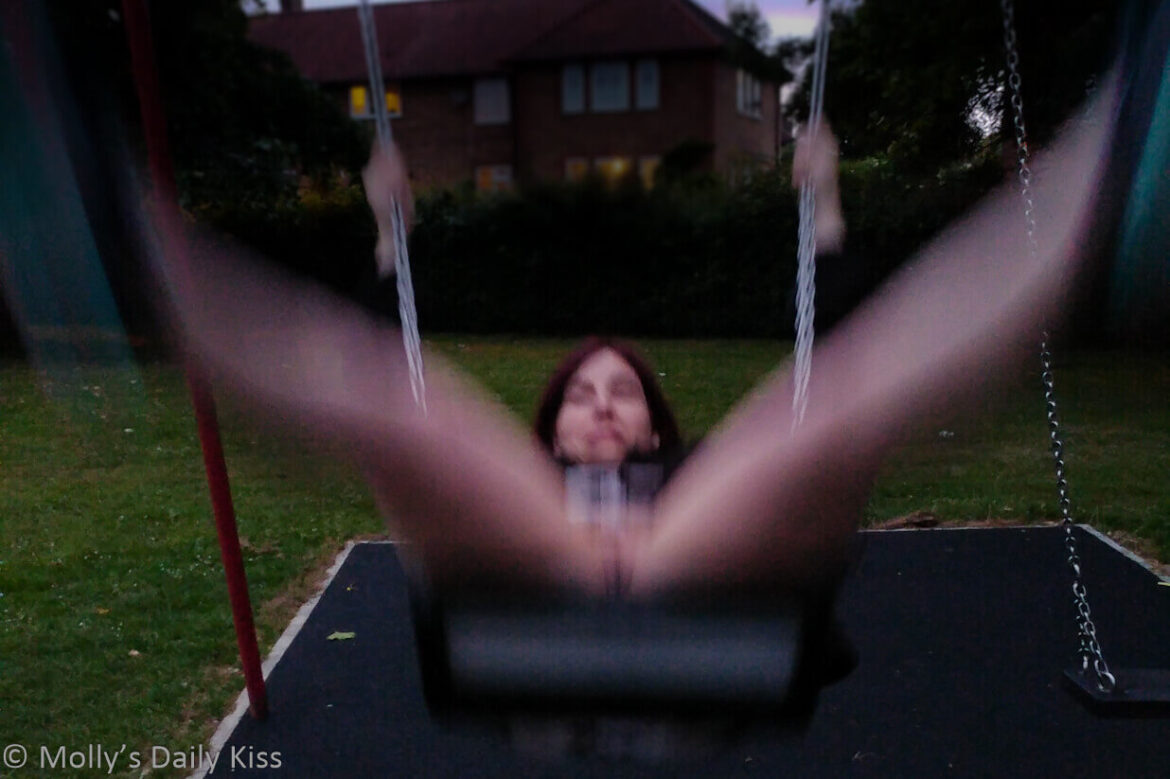 “What about a swingers club?” he asked

“What about one?” I replied

“Have you ever been?”

“No.” I am fairly sure my eyes were wide with surprise at this point. “Do people really do that. I thought it was one of those fantasy made up things in books and movies?”

He laughed, not in a mean way, not at me, but in an indulgent way. Maybe my naivety was attractive to him. I never did ask him although a few months later he did say that seeing my embrace my inner slut and being part of setting her free was amazing for him.

That night he educated me about swinging and swingers and that they most definitely existed for real and then he took me back to his place and literally fucked me until I was sore and exhausted.

Within a week he had bought up the swinging topic again. He suggested we went to a club. I was not at all sure. I really had no idea what to expect but he suggested a day time, less intimidating then a night time, and that we could just go and hang out, watch and see how I felt about it. It didn’t take me long to agree. After all, you can’t really believe something if you don’t actually see it for yourself, well that is what I told myself.

He always teased me about this afterwards but within 30 minutes of us arriving at this place I was completely naked in the pool with his dick buried in my cunt. We never played with anyone else that first day but we fucked in the pool repeatedly and just spent time chatting to people. I felt completely relaxed and at home there. I loved being watched. I found the tension of the single guys hovering round nearby really intense. I wanted more.

We went back numerous times after that both during the day and to night time parties. We made a couple profile on a number of swinging websites. We met up with couples and single guys. We went to clubs and even hosted our own private party at his house that truly turned into the most amazing sex party ever with people fucking and sucking all over the house, including on the stairs.

I did a lot of things that summer. A meet up with a single guy that resulted in me getting spit roasted between him and my partner, various 3somes, 4somes and on two occasions a 5some one of which resulted in my one and only double penetration experience. I even went to the club by myself once to spend the evening with a man from another couple we had meet up with it (both our partners knew)  we had a great night, talking and fucking. It was at that very same club that I had my very first experience with a girl. Her name was Sung, her English wasn’t great but as she hustled both our partners out the door and locked it, she was very clear with me that in her book, men where lovely but women were better. She was one of a very select number of people who have managed to make me come with their mouths.

Eventually by the middle of the Autumn pretty serious cracks were showing in this relationship and soon after we went our separate ways. We have not really kept in touch and sometimes I wish that we had but it’s probably for the best that we didn’t. However the one thing I would love to say to them has always been thank you. Because although we were not meant to be long term he came into my life at just the right moment, when I was free and ready to explore and he identified that in me and took me on an amazing hedonistic journey. He took care of me, made sure I was safe and encouraged me to be wild and slutty under his watchful eye. I learned so very much about myself that summer, about my desires, my boundaries, my sexuality.

One of the reasons we didn’t work long term was because that summer helped me to find out things that I wanted and it became apparent that he would not be the person to give them to me. I loved the swinging at the time. I don’t regret any of it but as time went on I realised that what was really hot for me was him, was doing it with someone who I had a connection with and knowing it turned him too. That feedback loop between us was intoxicating but I also realised that I wanted more from him. I wanted more D/s type stuff. I wanted to explore more kink play, push those physical boundaries with someone I trusted. That was not for him though, he was OK with some bondage and spanking type stuff and rough sex but he had no interest in developing a deeper D/s connection that I desired.

Swinging was amazing. I loved that summer and I am really glad I did it. I had some utterly filthy experiences that I don’t think I would have had without venturing into that world but it fairly quickly started to bore me especially when he started to disengage because for me it was about the buzz it created between us more than just the opportunity to do stuff with other people. Without that buzz it was no where near as exciting to me.

I can’t ever imagine going back to the swinging community but if there is one thing that I have learned over the last few years it is never say never because sometimes things surprise you. Maybe if I had a partner who was into it that might rekindle my interest but I would definitely have more rules and boundaries if I did it again. I would totally be up for being watched and I would love to have another MFM threesome but I wouldn’t do it with some random bloke we met at a club. I want to have a bit more idea about who the other person was, some opportunity to develop a conversation so that we could be really clear about boundaries etc. I was lucky during that summer that for the most part all the men we interacted with where respectful and nice but we definitely had a few near misses with guys who had to be told no more than once or who tried contacting me behind my partners back. Guys that assumed because I liked what I liked meant I would do it with anyone, which meant I must want them, and got butt hurt when it turned out that wasn’t true.

We definitely took risks during that summer and I look back now and know I was lucky not to have come out of it with potentially life changing issues. I was a bit like a kid in a candy store at the time and although he looked out for me we still made mistakes and I would never put myself in those situations again. There are aspects of it, the idea of having a MFM 3some, that I would love to have the opportunity to experience again but I would definitely go about it in a very different way which would probably not involve hooking up with some random dude at a swingers club. Been there done that and survived!

That sounds like it was an amazing summer, and every time you write about it, I can feel the excitement in your words! Won’t it be just lovely to have similar experiences again?

A summer of sex yes, not sure I want the full on swinging again though

I know just what you mean about feeling “like a kid in a candy store” . . . and, probably agree with you in that, as we “mature” a little more year by year, we probably shouldn’t be seeking out candy quite as often as before.
But it’s still fun to indulge occasionally . . . from time-to-time !!!

I like this analogy and yes, a little dabble now and then wouldn’t be the worse

It sounds like the kind of sexy, hedonistic summer we should all get to enjoy, at least once in our lives (and, should all the planets align, maybe twice!)

That sounds like you had a fun summer trying things out, and finding your sexuality and understanding your desires better. Everyone deserves some hedonistic moments in their life, and I am glad you had some very interesting ones that summer! And who knows, maybe some of them you will be able to relive or build upon! Thanks so much for sharing your experiences in the swinger scene, this was a really interesting read.

Great post. I’ve also wondered about “real” swingers clubs and how welcome solo guys are at them.

Most places have nights where they are welcomed and then other nights that are couples and single ladies only. If it is night where single guys are allowed then people know to expect them.

I too had that fun summer, although I think mine was more a year. As you say, there are some troublesome people out there that just spoilt the fun for us.

I can see us going back to swingers clubs on occasion but with having a bit more of a plan about what we want and knowing when to walk away when it’s not right.

Also, I bloody love that photo!