Every Damn Day In June 2019FantasyKink Of The WeekThreesomesWicked Wednesday

I will have you too 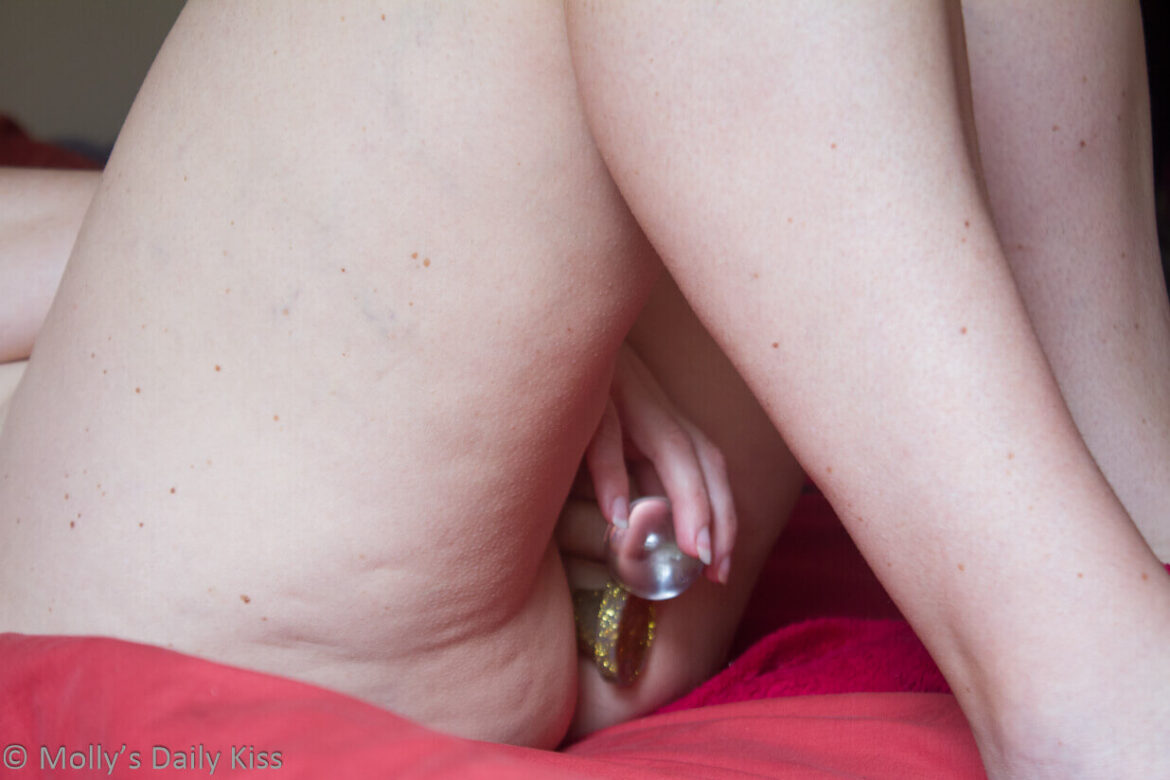 Then I met a man who really changed all that mostly notably because he introduced to me swinging and took me to swingers clubs. To say I took to it like a duck to water would be a bit of understatement. He used to tease me about the fact that I had been so nervous of actually going and that within 30 minutes of being there he was fucking me in the pool. We did many filthy things together during our short relationship (6months) including 3somes, 4 somes and a couple of 5 somes and it was during one of those 5some encounters that I indulged in my one and only double penetration experience.

If you asked for advice about organising a double penetration scene I would tell you all these things about spend time finding the right person, talk it through with your partner and that other person, discuss how you would want it to be etc. I did none of those things. This was a totally spur of the moment thing with another couple and a single guy (who were having a 3some) that we hooked up with at a club.

We had all been playing quite a while, there had been sucking and fucking of all sorts of combinations but my partner was fucking me from behind while I was sucking one of the guys off and the third guy kept sliding a finger into my arse. Every time he did, according to them afterwards I made this delicious groaning and moaning noise. When we paused for breath the single guy (I have no idea what his name was) suggested that maybe if I rode my partner he could fuck my arse.

“You sit on his cock and I will have you too”

My partner took one look at the grin on my face and was like, yeah she totally wants to do that, and so the next thing I knew I was sliding his dick into me and leaning forward so the other guy could fuck my arse. Just to clarify it was something my partner and I had discussed doing on a number of occasions and in fact had orgasnied a couple of MFM encounters previously with it in mind but it had just never actually happened.

The single guy had a bottle of lube with him (this was definitely not his first sexfest rodeo) and he poured a liberal amount of me and over his already hard dick. I remember having a moment of apprehension, where I was like, what the actual fuck are you about to do here, but then I could feel him pressing up behind me and fuck it felt damn good and I realised I so badly wanted this. I am fairly sure the previous anal play had helped but surprisingly the whole thing just worked. The little moan my partner made as the other guy pushed into me was one the sexiest things ever and then him and I were kissing and the other guy was slowly but firmly fucking my arse. I managed to snake my hand down between our bodies and rub my clit which was literally throbbing for attention.

I came so fucking hard.

I don’t really remember what happened next. I know we all laid around talking a bit and then my partner and I ended up in the pool just hanging out and being close. I am fairly sure I was grinning like a Cheshire cat, not just that evening but possibly for days afterwards. It is most definitely one the hottest things I did during that hedonistic summer and I did a ton of filthy things but that DP was amazing, not just the actual doing of it but that it also really just happened by chance. There was no real planning, no time to get worried or nervous, it just felt right and natural and I think that hugely contributed to it being so fucking awesome.

I feel like a DP with two guys has returned to being a fantasy of mine. It will be 10 years ago this August since I did it and I have no idea if I will ever experience it again. It is absolutely not a thing Michael would ever want to do so it would mean finding someone(s) to do it with . I hope that maybe the opportunity will afford itself to me again one day though. That first time was so amazing and special that I really would love to experience it again but in the meantime I will continue to use my vivid imagination to fantasise about being fucked in both holes by two men.

Every time I read about your only DP, it strikes me again how hot it was, and how much I would love to experience a DP too. I hope for you that you get to repeat the experience one day 🙂

The way you felt about this experience really comes over in what you have written so I hope it is something you get to try again. I have only ever tried it with HL and a toy but can imagine it is on another’s level with more than one person 😊

Totally, that tension created by multiple people is intoxicating

Oh my – that was so hot – I have fantasized about it many times – used toys a bit to achieve it with my man, but your experience reads so well – and worked out brilliantly. Reading it has left me a little “wanting” tbh! Great Post! z

If you ever get the chance my advice is go for it!

Oh wow what an incredibly hot experience, I enjoyed reading very much and certainly is a fantasy of mine.

That sounds like such a fun experience. I hope that you do have the opportunity to experience DP again and find it just as hot and enjoyable as the first time.

I think the only way it’s going to happen is a spur of the moment thing, as much as I prefer planning and trust, we usually end up diving in the deep end!

p.s. I love this line… yeah she totally wants to do that.