A to Z Blogging Challenge 2022Kink Of The Week 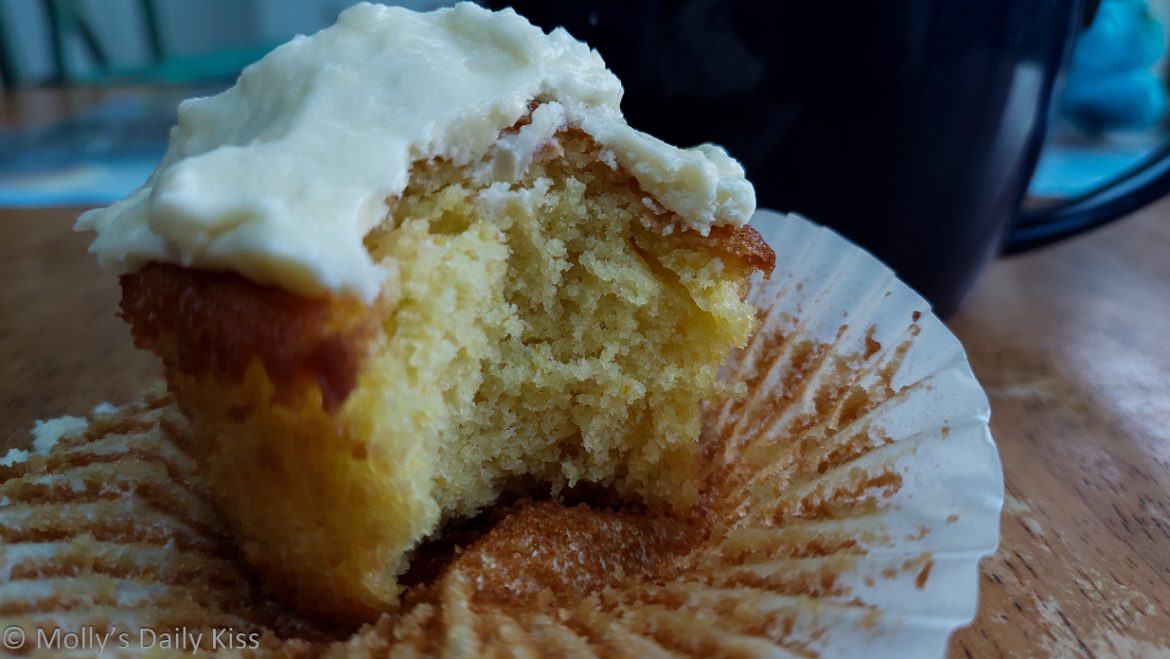 Every morning pretty much without fail Michael brings me a cup of lemon green tea in bed. Sometimes when I wake up it is just sitting there on my bedside table, steam curling up from the mug, the very faint smell of it greeting me as breath in, other days I am awake already, sometimes still hiding under the covers, sometimes sleepily scrolling through my phone and posting my 365 image on Twitter.

He has been doing it for years. It makes me smile every day. It is just a small simple gesture that makes the start of my day that little bit better. I hate waking up/getting up and he knows that. This is part of his way of saying, I know you hate this but maybe I can make it a tiny bit OK. Don’t tell him but it works, more than a tiny bit too.

When Michael first moved here all those years ago he very much took over the kitchen and I very much let him. I had been on my own for a while and been the only person who ever cooked anything for even longer. Having a partner who wanted to whip up a storm in the kitchen, as well as whip my bottom, was a joyful revelation.

Even when things went awry between us he pretty much kept doing his thing in the kitchen. Michael loves to cook and he loves to feed people. It brings him great joy and pleasure to make food for the people he loves and cares about. It has been throughout all our years together in whatever chapter of our lives together that has worked perfectly.

It has helped me to enjoy cooking again. Now I get to cook when I feel like it. When I have the urge or when people are requesting a dish that only I make. Shepard’s Pie, Curry and Chicken Chorizo Casserole being three such examples, oh and of course Mince Pies, and Christmas Pudding. When Michael first moved here that list also included roast potatoes but Michael will often be heard to say now that he cooks a mean roast potato that he has watched and learned and now rivals the best of them. Again, don’t tell him, but he is right.

Michael also loves to bake. Both my kids will wonder around in the kitchen opening various tins and if they find them all empty will call out; “Has Michael done any baking”. It always makes me laugh and makes him roll his eyes but it’s own fault for baking so many yummy things and maybe a little bit mine for sometimes hiding them so that they don’t all get eaten on the first day.

The current Kink of the Week topic is Food/Meal control. It is not really something that we ever did as part of our D/s. Not in any formal sense anyway. I don’t think it would work for me. I like the ebbs and flow around food. The picking what you fancy, the enjoyment of a treat or seeing something in the supermarket and getting it because it looks good. Someone deciding I couldn’t have a thing because, well who knows why, but I could see my quickly starting to resent that. I have in the past asked for help with changing diet etc for various reasons but it is more to support me in what I am doing rather take complete control if that makes sense

However in a less formal sense some elements of food/meal control could and do work for me. I often have no idea what I want. I can be indecisive when it comes to what I want for dinner and I actually often really likes it when Michael just decides and cooks a thing. I do quite like being offered options, would you like a or b, which drives Michael insane as he says he is not running a menu/restaurant operation. He totally has a point mind you.

When we were together in a D/s relationship one of the ways that we did dabble in the meal/food control was in restaurants. Again due to me often being terrible at making choices, especially when presented with a few yummy options I would fancy I would dither. Shall I have the liver or the fish? Oh I don’t know. We gradually slipped into a routine where I would whittle it down to 2 or 3 options and then he would pick the one I wanted. If I knew what I wanted then it didn’t happen but when I didn’t, then he would pick. I actually used to LOVE that. I liked having an option to pick and I liked that when I couldn’t decide he would decide. That totally worked for me.

Things are different between us now. Good different mind you but Michael still mostly does all the cooking, we still do most of grocery shopping together, because I hate it but he doesn’t drive so he can’t go on his own and also, well its more fun together and yes Michael still often decides what is for dinner and I am more than happy to let him and eat it when it is presented to me.

The Sounds of Silence

He’s Got The Look

Grin and Bare it

Baking, on the other hand — THAT, I enjoy.

My husband has been experimenting with cooking. We eat separate diets, so I am not the beneficiary of his culinary efforts. But it’s fun to help him figure out recipes. I’m also very good (if I do say so myself!) at substitutions, as I spent a number of years fairly broke and had to learn how to make do with what was in the cupboards, so when he’s like, “We don’t have molasses! What do I do???” I can give him viable options. 🙂

This was a lovely read, and insight into a kink that I didn’t know much about. My husband does all our cooking, and we both have dietary restrictions that make it difficult. Darn celiac and heart conditions!

Thanks for visiting my ship on your blog reading journey, it’s appreciated.

I am gluten free too. Celiacs runs in my family but so far I don’t seem to have it but I do have some sort of sensitivity so I eat a mostly gluten free diet and my tummy is MUCH happier as a result

The only place we do any kind of food control in D/s is in restaurants. I’m also indecisive and he is very picky. So if it’s food to share, then better he chooses. At dinner time though he is less decisive!