A Kink/BDSM play event to remember 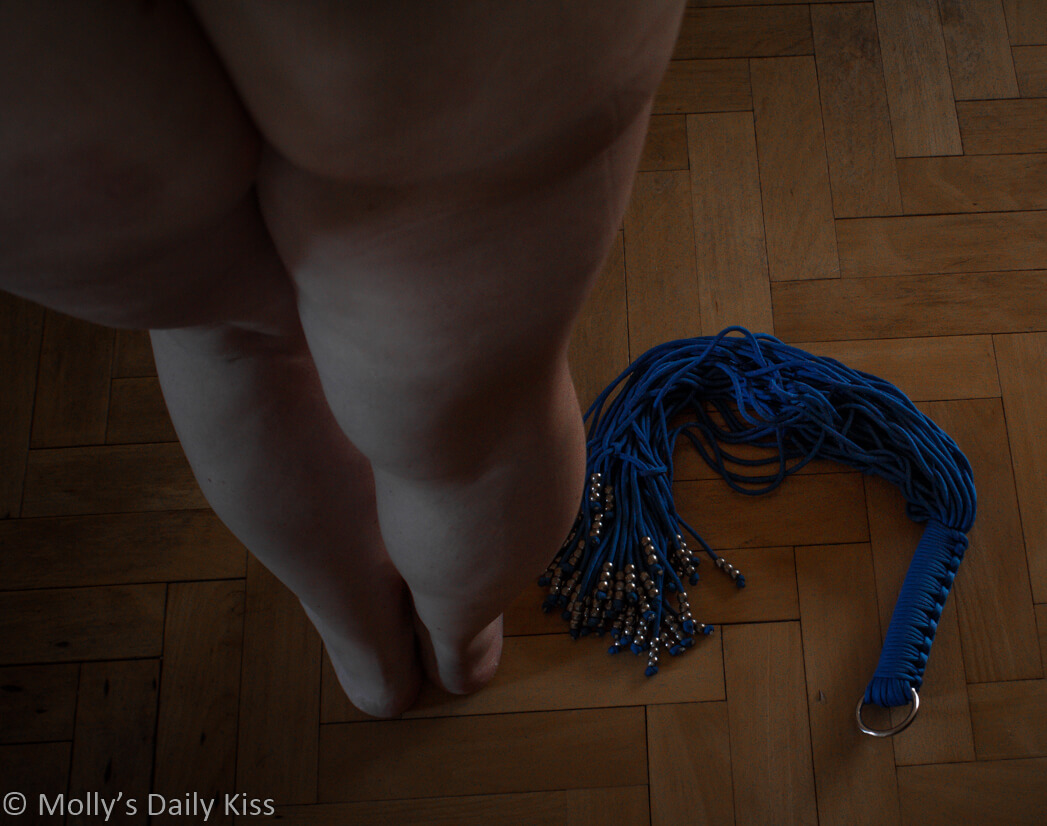 Not every Kink/BDSM play event is good but when they are they absolutely fucking awesome.

My dress is hooked up round my waist, my bare bottom and cunt posed for everyone to see as I lay face down on the curved spanking bench. His fingers trail lightly across my arse which is already hot and glowing from where they have both been beating me but now it is just me and him and the room full of people around us.

Some of them are sitting in the sofa’s around the edge talking and relaxing creating a low hum of voices but others are using the various equipment that is in the centre of the room; a double St. Andrews cross, a kneeling spanking bench, an A frame with a hoist among other things. The rhythmic sound of someone being given a good spanking fills the air alongside soft sighs and deep moans.

I arch my back and push my bottom up into his fingers tip in reply. He chuckles in response and I bury my face into my arms. Now it is just me and him and anyone choosing to watch.

That was back in 2015 and the first and only time this man I and played in public. It started off with Michael and him spanking me together but then Michael chose to step out and leave us to it. It was also only the second time anyone else other than Michael had beaten me. It was exciting, thrilling, and also daunting. We knew each other fairly well but this was definitely still very new territory for us and especially for me. The other person was much more experienced at playing with other partners but for me it was not really something I had done before and certainly never at a kink/bdsm play event. I wanted to be a good play partner for him but oddly that made me nervous because what if he hit me harder than I could take? I needn’t have worried. Experience had, I think, made him cautious, which is a good thing. Knowing a partner well, what they like and don’t like it important, going in hard is not a starting point.

I have teased him many times since then that he held back, but of course at the time neither of us had any idea that this would be our one and only opportunity for public play and that is would be another 4 years before we got the chance to play together in any form again.

I love a kink/BDSM play event. Don’t get me wrong I have been to some fucking awful ones over the years.

Some people like loud music when they play but for me I find it too distracting. For a start I like to be able to hear what my partner might be saying to me, if it is so loud you have to shout at one another that is not going to work but also has the potential to be risky because it makes it much harder for the D type to hear if you are trying to tell them something is wrong. Music is fine I just don’t want it to so loud it rattles my bones. That is his job.

If people are packed in like sardines and or the space is poorly laid out so that people are almost forced to stand or sit and socialise right next to folks who are playing that is no go for me. When I am in the middle of play I don’t want to be jarred out of my headspace by someone standing right next to me talking about the weather and their plans for the rest of the weekend. Yes this actually happened once. Most BDSM play events have rules about this sort of thing but it is surprising how often it still happens.

Some of the worst clubs I have been to have got this one very wrong. If I am freezing cold there is absolutely no way I can play let alone enjoy it. However for the person wielding the impact implements it needs to not be so hot that the paddle is literally slipping out their hand. However, the place should always be heated with the bottom/subs in mind because they are the ones who are often naked and the ones for whom the physical environment they are in will restrict play way more than for the top/dom. A sweaty dom is one thing, but a shivering sub is nearly always a bad idea. I have refused to play on a number of occasions for this very reason.

All of the above being right. No loud music, well laid out space and equipment, and the space being warm but there are some other things too. It needs to be clean and the other attendees need to understand how to behave in such an environment. I have been to a few clubs where lots of single men have been in attendance and it totally changes the dynamic of an event as on masse they tend to be overwhelming. They will stand too close, talk too loudly, interrupt play to try and insert themselves in some way. I could literally write a whole post on what makes a good play event. Maybe I will at some point especially if I get to experience a few more in the next year or so. I have never been to a play event in the USA either and it would be interesting to see how they compare to the clubs in the UK.

For now my relationship with kink events is changing. Without a partner I am less inclined to go despite loving them so much but for me it is about the public play as much as anything else. I get off on watching but I also get off on being watched and having other witness me taking a good beating is super hot to me. Also there is equipment and opportunities for play that you (mostly) can’t do at home. Most of us don’t have the budget or the space for a home dungeon and even if we did I sometimes wonder if it would lose it’s ‘specialness’ if you have it there all the time.

I do have a couple of potential events that are on my ‘bucket list’ for next year which I may well explore on my own. One of them is Peer Rope in London and at the moment I have a friend who is up for partaking in this adventure with me. Rope is an big area of kink that remains largely unexplored for me but I want to change that because the odd bit I have done has been a huge turn on. So rope events and workshops are definitely something I want to go to.

Watching You Watching Me

The Sounds of Silence

Ring around the rosie

I am so fortunate to be able to go to great well run events in Glasgow. There is enough space for play and separate space to mingle and talk to others. In fact I am going to a new club night on Friday, same venue as my other club but different people running it.
Hope you get to some events even if just to watch

I’m definitely with you when it comes to cold rooms, not enough space and loud music. Hoping there are lots of opportunities for you and The Charmer in 2020.

It is interesting that you mention the environment. It makes me wonder what would make it brilliant or horrible for me. I am with Rebel – I love reading about your explorations with the Charmer – past, present and future!

How lovely to see you looking forward again. The past never leaves us I guess, but we can use it to guide where we go.
And yes the surroundings can make or break the event ; I need to know it’s a safe place to play, as well.

Sounds like you had fun and I hope you get to realise your plans next year ?

Fascinating. I completely get your comments about the importance of getting the environment right. Music – of course it’s an issue. Music’s such a personal thing (I go nuts hearing music I don’t want anywhere at all never mind a sex play club). May and I sometimes have music during date/play nights but always in the background and always instrumental-no songs. For atmosphere, I find Indian classical works well. (!) Too cold? Get outta there. Too many guys? Definitely a problem. My brother used to arrange performances for the Glasgow Fetish Club and he had to police them with a bullwhip. He had his own domestic dungeon btw, and never got bored of it. I know little of the exhibitionist side of stuff, but I can very much see the appeal.

I’m with you on all of the those points, especially the cold. maybe you should organise one yourself, if you can find the time from your busy schedule ?.

Yes the thought of exploring myself this way is such a turn on and I am very excited for your plans. Here’s to a fabulously kinky 2020 for everyone.

This was really nice and interesting to read as someone who hasn’t been to something like this, while feeling interested in it, for the future, perhaps/hopefully?

I’m with you on the cold. I once went to an event so cold I could not be prised out of my hoodie because I was shivering. My favourite event was always this really small private members one from many years ago. The music was quiet, it was always warm and cosy and it never got too noisy.

I’ve only done Peer Rope London once many years ago and it was a pretty good event, I hope you get to it next year.

[…] find myself in total agreement with Molly here on what makes a good pay event….and a bad one. It is a couple of years since I went to […]

I’ve only really experienced one awful event, it was so crowded and the area we were trying to play in was so airless I ended up feeling quite sick.

This year we have a few thoughts about clubs and events we want to attend. Peer rope has always been on our list but it’s just too difficult for us to get to one as we don’t have a local one.

I agree completely on what can make a play space awful. I don’t mind loudish music, but it has to be music that I like (which is, of course, highly subjective). Temperature isn’t as big an issue for me, but my pet peeve is if its too warm. The only reason I should feel hot and flushed is because the scene is good, lol. And I’ve been known to have panic attacks when the club/party is too crowded.