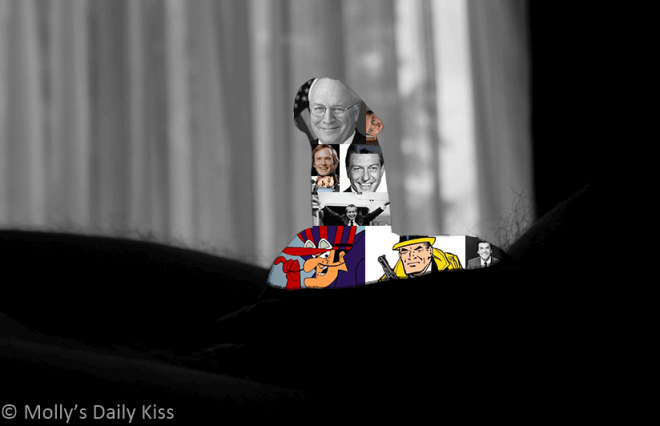 A phrase I have been heard to mutter on numerous occasions and even tweet. If not that then ‘I love cock’ which I absolutely do and yet I have used these statements less and less of late, not because I have gone of either of the aforementioned things but because those phrases increasingly feel too broad and like they don’t actually capture what it is I am trying to say.

Which I do but that does not mean I like all coffee and that every cup of coffee I have ever had has been good or that I want every cup of coffee that is offered to me. I can also say I like coffee and not have to follow it up with this proviso statement because no one and I mean no one assumes that when someone says it. However when you say ‘I like cock’ there will inevitably be some guy who will send you a private message about how amazing his dick is and just in case you are not sure will send a picture right along with it too, because if you like cock then that must mean you like and want all cock, especially his uniquely fabulous specimen and when you reply pointing out to him that is not in fact the case will immediately get pissy and say, well why did you tweet/write/say that then?

And I do but that does not mean I love all cocks all the time. Just like coffee, there is a time and place to indulge in my love but when it is right it is ohhhhh sooooo fucking right! I love Michael’s cock (by the way he makes the best coffee too) I love seeing it, touching it, smelling it, licking it sucking it and being fucked by it but I also like other cocks as well, many of the cocks I have had the pleasure of being intimate with have been wonderful and then there are the random cocks of Tumblr some of which are beautiful although mainly that is because a beautiful picture have been taken of them as opposed to them having some inherent beauty that other cocks don’t have.

Anyway, before I ramble on anymore about the merits of different cocks you get what I am trying to say right? I love cock does not mean I want to see your cock, just like I don’t want to drink your coffee. I have my own and if I don’t I will make my own arrangements to get one.

The same is true

when I say I love men however of late the actions of men have made me even less likely to use this. Not because I hate men, far from it, but because so many men are just shitty and saying I love men just feels too broad a sweeping statement especially when so many men are complete shitheads especially towards women and society is often quite willing to forgive them for that and even elect them as Presidents and Vice Presidents. Saying I love men has started to catch in my throat and not in a nice sucking cock type of way.

So I have been thinking about how I can still express my love for these things without feeling like I am A) Risking an inbox full of penis or B) sounding like I excusing or condoning shitty patriarchal male behaviour. Of course I could say things like I love men (just not men who are shithead toxic wankers) but it kinda doesn’t have the same ring to it and so I have decided to adapt my saying to I love the maleness of the men I like.

Broad shoulders and firm biceps, a soft chest hair that gradually flattens over and creates a trail across his stomach down to his pubes. Big hands and strong fingers. Pressing my face into his neck or chest. (I could never be with a man who was shorter than me but as I am tiny it would be unlikely) A small pert bottom, smoothly shaven balls and a thick hard cock. The smell of a man, that aroma of maleness that every cologne company has tried to bottle and none have ever truly succeeded. That I feel small next to him. The way the veins stand out on his hands and how the hair grows on his face. A beard or a clean-shaven chin that feels smooth and warm but that you know in a few hours will have a slight roughness to it as the growth of hair can never truly be quelled.

Maleness is not just about physical things either it is about how someone looks at you, how they listen to you and talk to you. How they treat you as a person not just a hole to stick their dick in (apart from those moments when you have consented to that obviously) Maleness is about manners, patience, gentleness, kindness, intelligence, thoughtfulness, awareness and compassion. It is about being open to learning and being determined to be the best man you can be*

I love cock and I love men but I can’t say those things any more, it just feels wrong and I can’t even say I love maleness because that is also a slightly sweeping statement and just like with the previous two statements it will definitely invite unwanted penis owners into my world. But hopefully, maybe, I love the maleness of the men I like, might just mean that I can express a true passion of mine without it sounding like an open call for dicks.

*Note I am aware that many of these things apply to just being human regardless of gender but for the purpose of this piece I have pointed them out as being desirable things in a man.

Define Your Kinky Self

Welcome To The Club

Cheers to being able to express our love of cock without it being an “open call”!! xoxo

I love this…and I know what you mean. I’ve not experienced it directly, but seen the endless cock photos in people’s comments. It may be an impressive cock, but the blatant posting of it as a comment is not impressive.

I often have heard just because you have a dick doesn’t mean you need to be one.
Of course I too have an appreciation for both genders, and I totally understand the maleness part.

thought you’d be interested in this event happening this weekend — very much on the same wavelength as yours:
http://www.sfweekly.com/culture/art/members-only/

This made me think of the times when I said that I like a dress I see in a shop’s window and I was told that I should buy it. Liking something, doesn’t mean you want to have it. Thankfully, I have never had any unsolicited dick pics on Twitter and only a handful on Facebook…

Oh, and I love the colourful socks at the end !!!

They ARE socks aren’t they? You know those colourful ones with pictures on the soles . . . and crossed and resting in your lap?

They are aren’t they?

MM—I agree that “love” is an overused and undervalued term like “awesome.” I would not say that I “love” cock but rather that I enjoy cock. However, I do not want to send the message that I enjoy every man’s cock but only those to which I favor. I also think that choosing a word that can be used as a verb makes a double entendre! XO DWD