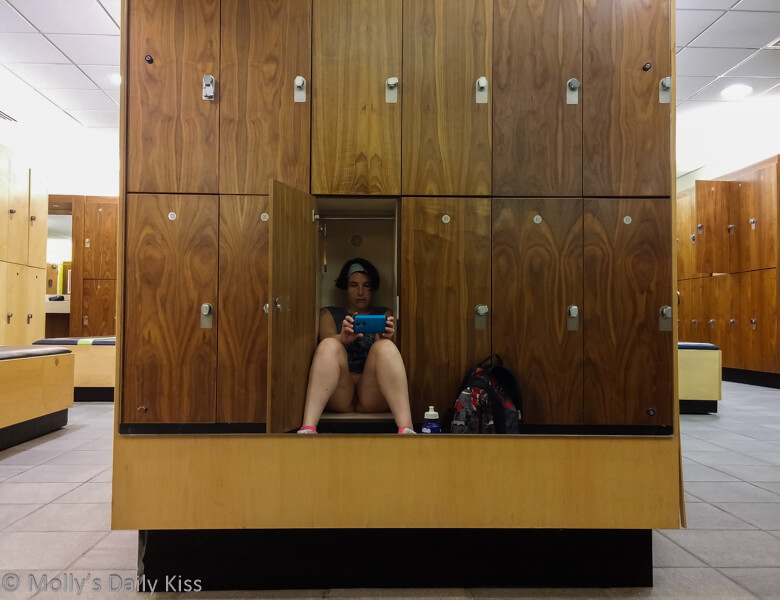 My mind has gone blank this week. I have spent the last 48 hours muttering to Michael “What shall I do for Wicked Wednesday”. It is not that I don’t have any ideas at all but all the ones I do have need more thinking time before they can be transformed into something that might resemble an actual blog. He did make several suggestions including writing about a submissive who is smothered by her Dom because she keeps asking him what to write on her blog but does not like any of his suggestions. I am absolutely baffled as to why he would suggest such a thing though.

One of my backup plans when this happens is to have a look through some of the images that I have filed away to see if anything catches my eye or inspires me. I have a folder of images already edited and ready to go but also lots of folders that still have images that require sorting through. It was the Scavenger Hunt folder that proved to be the source of an image that put an end to my blank mind misery.

I had completely forgotten that I had taken this image. It was on a rare day when the ladies locker room at the gym was completely empty. I don’t think it had ever happened before and I can’t http://onhealthy.net/product-category/mental-disorders/ remember being in there on my own since, so I am glad that on that day I timed things just right and took this image. I had already taken off my bottoms when the idea struck me. At first I tried to take one just in the mirror but whilst it showed the lockers behind me you didn’t really get any context for the rest of the room. I needed to be further away from the mirror to capture that. As I backed-up to try to get the shot I ended up leaning against the locker and that is when the idea struck me and I think the resulting image is pretty cool.

The other thing that really strikes me about this image is how short my hair is. I have been growing it over the last year and this shot really brings home just how much it has grown because as I sit here writing this I can feel it grazing my shoulders. I sometimes get frustrated with its progress but this image is a good reminder of just how much it has grown in a year.

I think this counts as Locker Room for the Scavenger Hunt list. You can find a full list of all the locations I have done so far on my Scavenger Hunt page.

What’s in a name

The Edge of Desire

Once In Royal David City

Brilliant photo! Sometimes you should just make use of an opportunity…

Yes, it’s absolutely baffling as to how/why Michael would come up with that suggestion. 😉

It’s always interesting to read/hear about others’ experiences with “getting unstuck” when it comes to writing. Thanks for sharing. (And I’m glad you were able to find inspiration.) 🙂

This is awesome. I admire your resourcefulness and temerity.

I love this image, what a rare event to find yourself alone for long enough to take the photo!

What a great opportunity and wonderful image!

I *adore* this image. Just something about a girl in a box…

What a nice box!