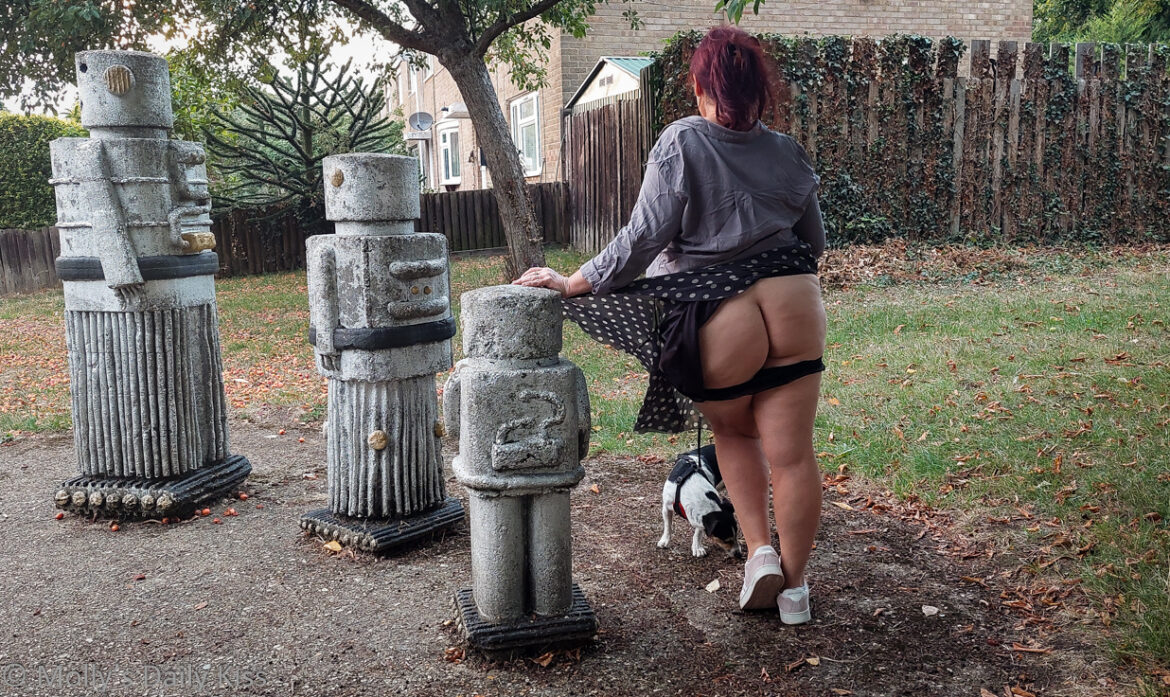 “Every block of stone has a statue inside it and it is the task of the sculptor to discover it.” ~ Michelangelo

Michael calls these the Lego men. I can see why. They kind of have that boxy Lego shape however they appear to be a family of stone robots.

I have no idea why they are here, who made them or even if they have a name. They sit at the end of a row of houses about a quarter of a mile from our home. There is absolutely no explanation for them anywhere nearby but the internet knows things and a bit of research has revealed they are indeed called The Robot Family and they were erected in 1975 along with a series of pubic sculptures that were commissioned to show that the town was more than just a new town but a place of innovation, art and community.

Pretty sure they didn’t expect them to be used in quite the way I decided too but personally I think it adds to their artistic merit. They will certainly be seen by a lot more people.

Of course as is so often the case just as I was about to shimmy my knickers down under my skirt a couple appeared on the path behind us walking their dog and so we had to stand there and look like we were talking pictures of the sculptures. I fairly sure they thought we were a bit mad as they kept looking back over their shoulder once they passed us to see what we were doing but once they have finally rounded the bend in the path we went for it.

Can you dig it?

Definitely sounds like the name of a band! I love it that we’re both playing the Scavenger Hunt game again!

I love these, how weird and wonderful!