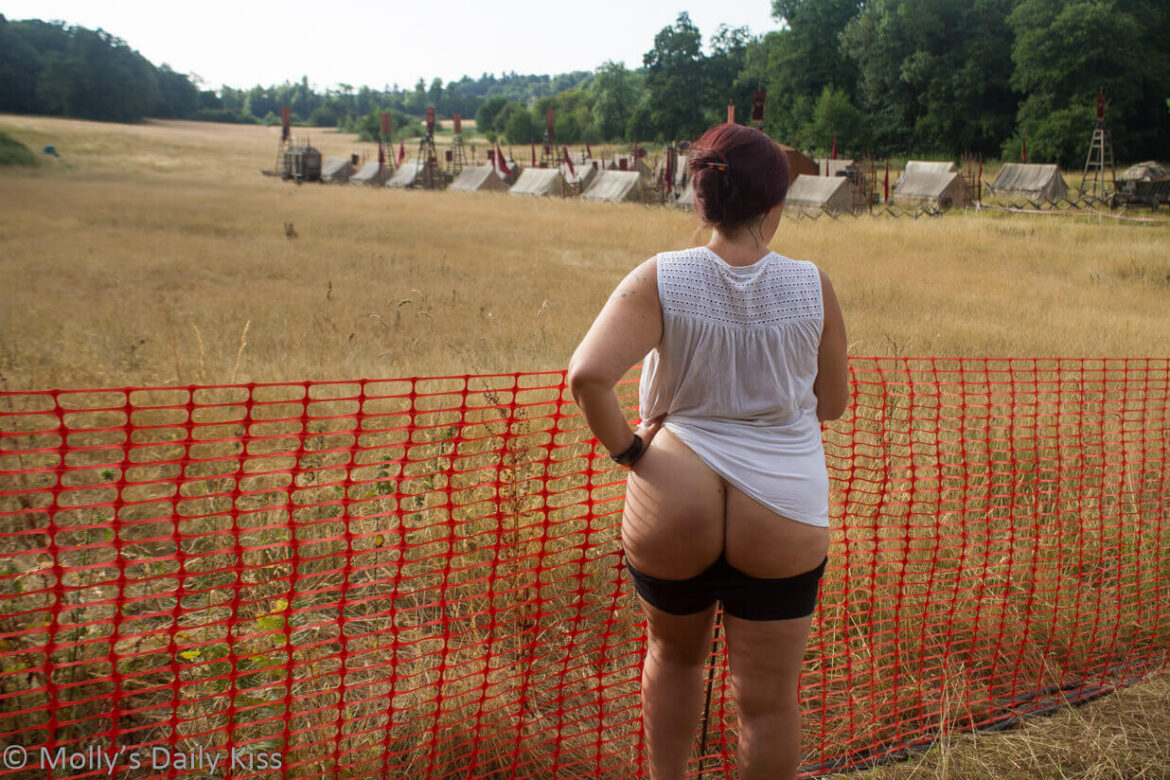 I looked back to when was the last time I posted a Scavenger Hunt and oddly it was almost exactly a year ago today that I last did one, Rhinocerouserous, which was from my birthday trip to the zoo. They really should be more than a yearly event as they are such fun to do so I am going to write a list of potential locations that I have not already done and see if I can finally get to 100 different locations.

However the best Scavenger Hunts are often the ones you are not expecting and this is definitely the case for this one. Last summer, July to be exact, I was out walking a path that i don’t use that often because the route is not really long enough, but I happened to be nearby and so thought I would do it anyway. Half way round as I was coming out of the wooded area I discovered this. 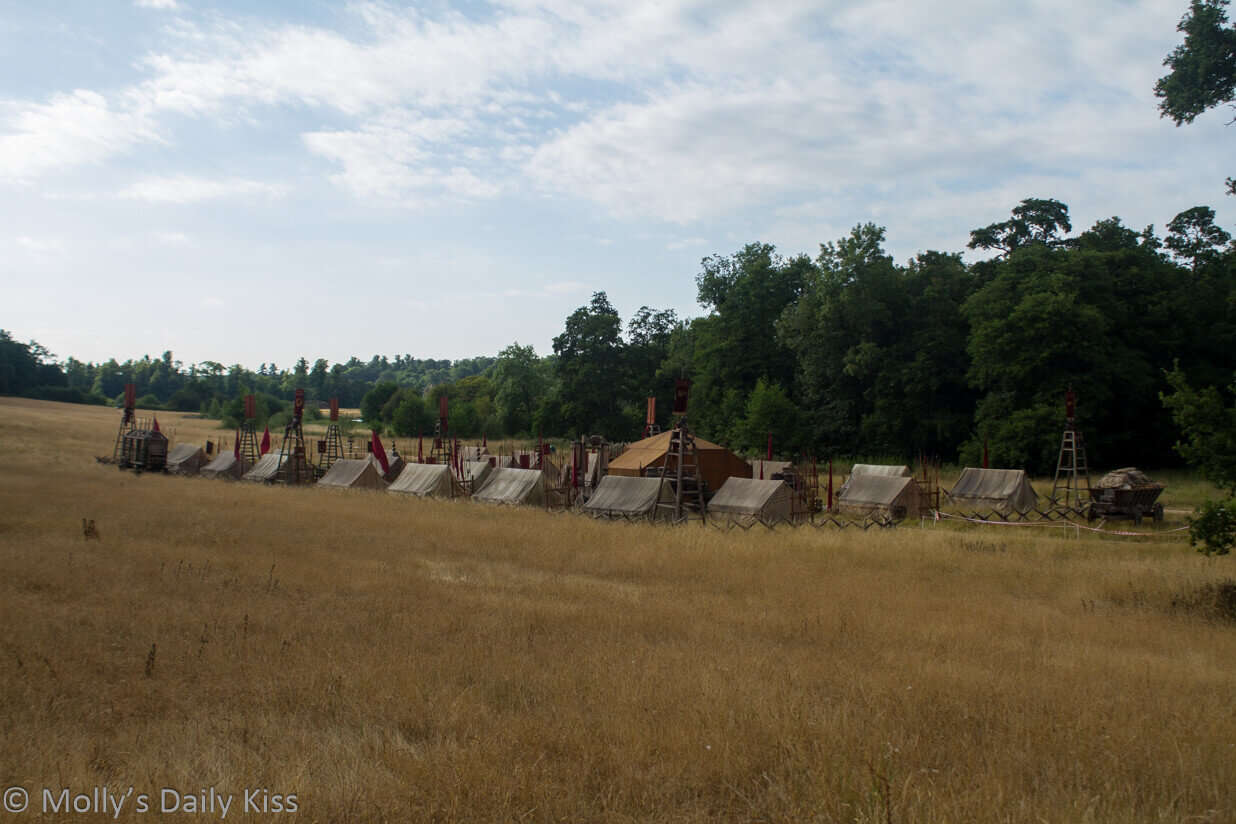 Really, a Roman encampment in the middle of Hertfordshire?

Once I got down the bottom of the hill I realised that it was actually a TV or movie set. 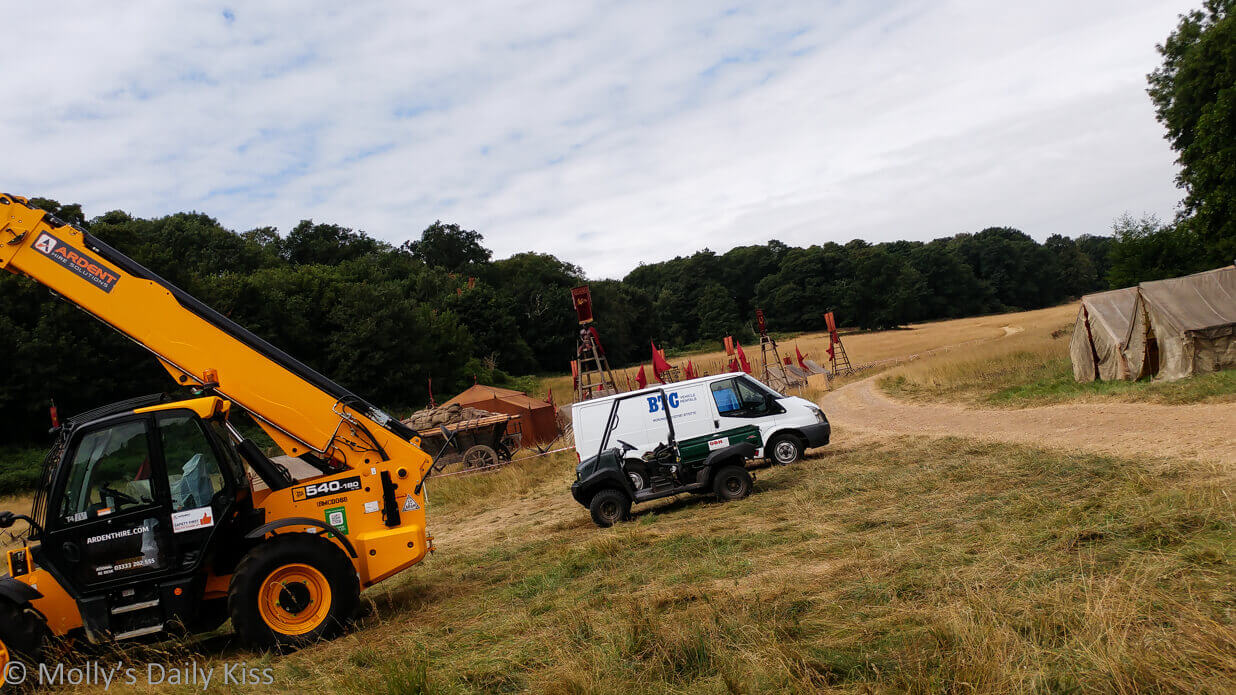 The place was pretty deserted but there was a security guard who was camped out in his car who told me it was a set for the TV show Britannia on Amazon Prime but that filming didn’t start until tomorrow. We chatted for a bit and then he went back to his car and stood around taking a few more picture. 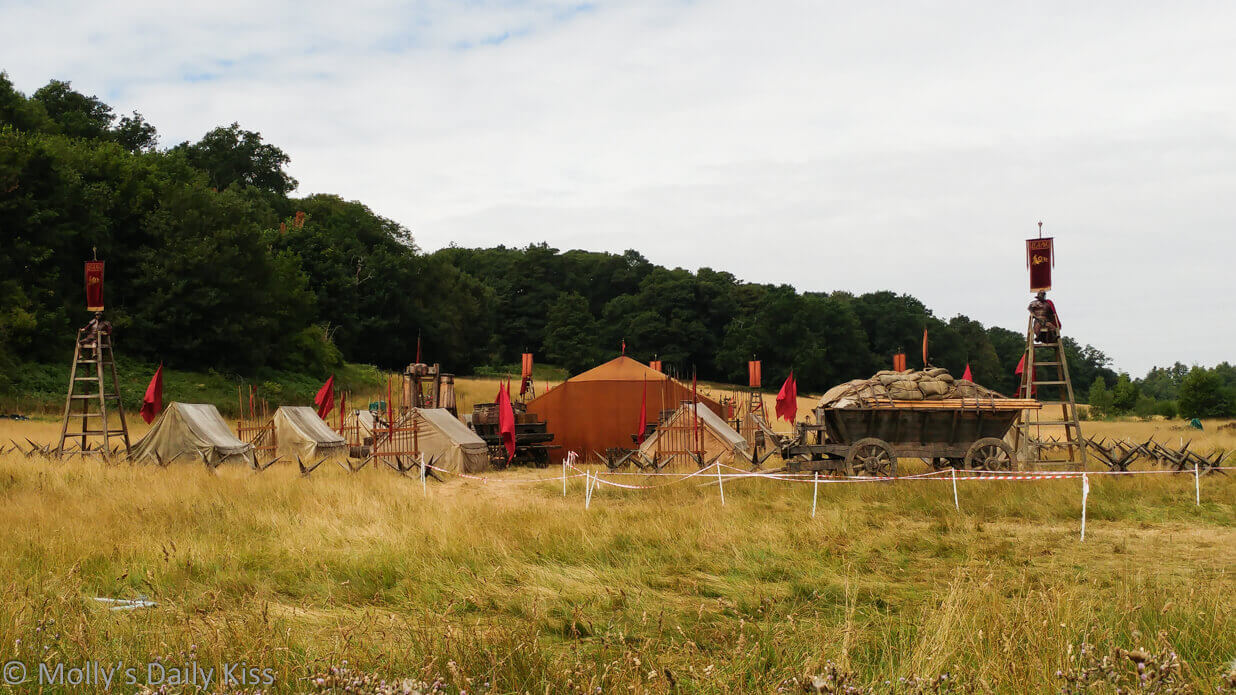 Note the fake centurions on the lookout points. I genuinely thought they were real men when I saw them at a distance. 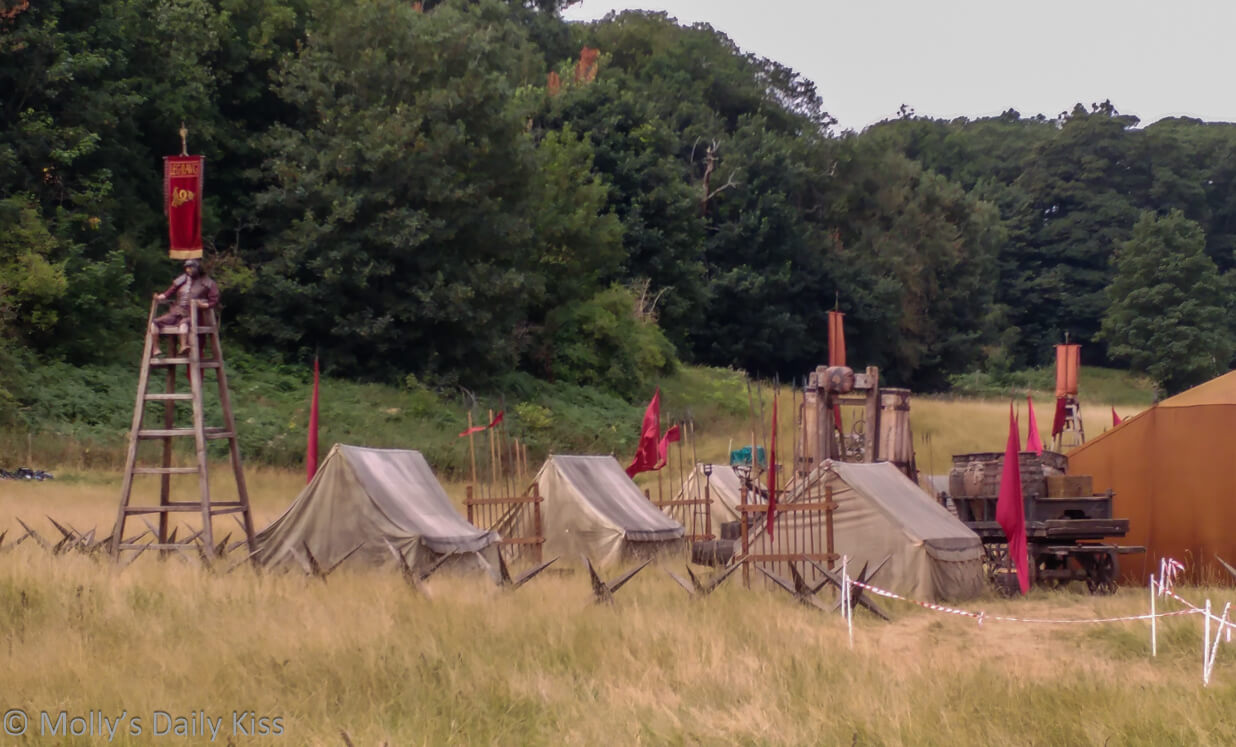 Of course I knew what I wanted to do but damn that security guard for being so friendly and parking right by the gate. But then I remember that when I first spotted the set I had not been able to see him and so I collected my stuff up and preceded back up the hill towards the woods until I found the perfect spot. 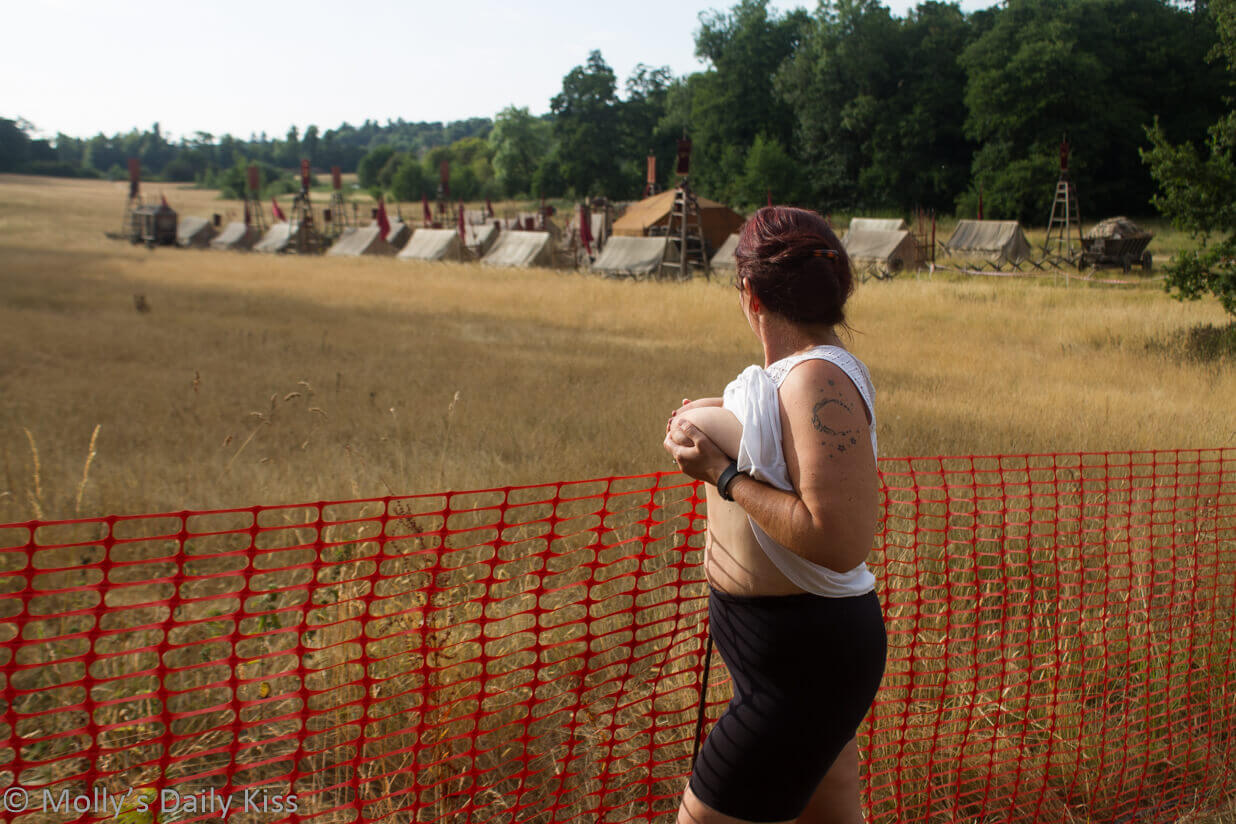 And in between dog walkers managed to snap a boobs out 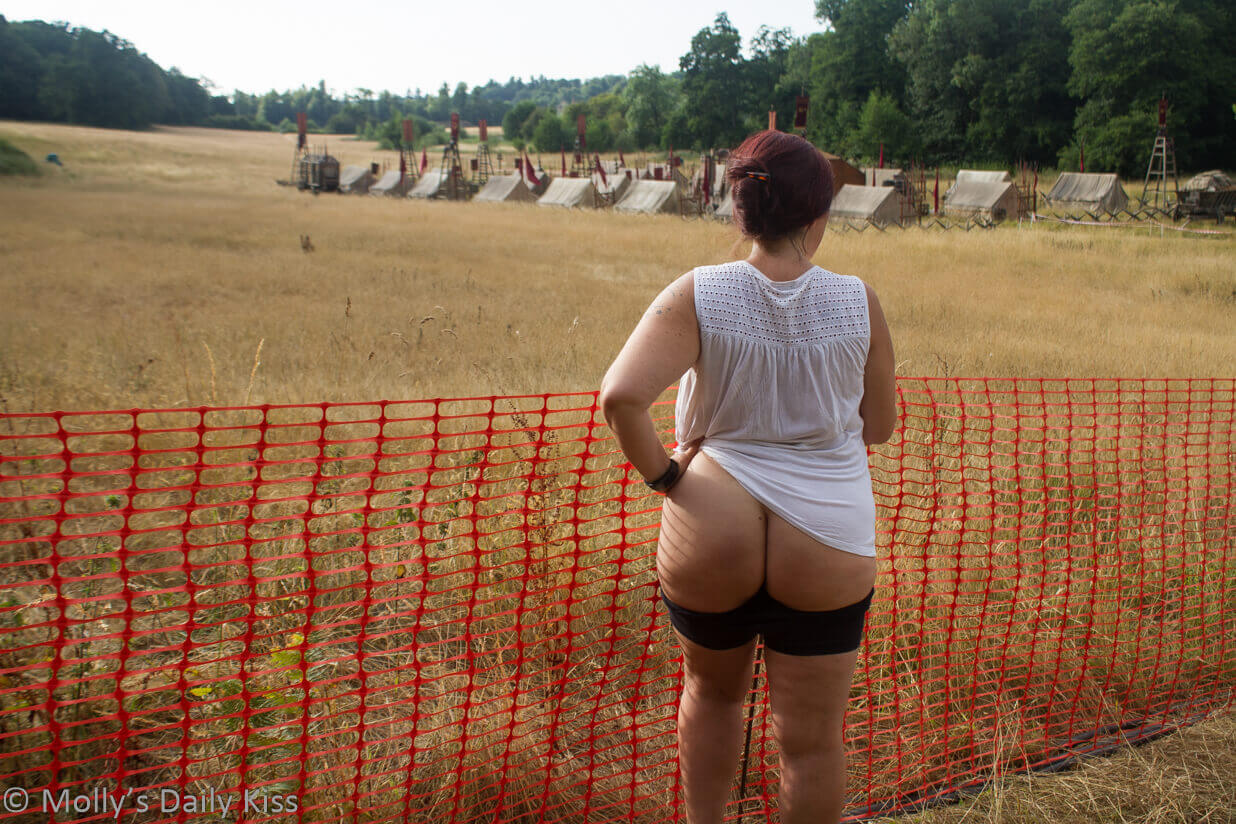 And bum out picture and hopefully, as long as Jade allows it, not only get another Scavenger Hunt on my list but create a brand new location of TV/Movie Set on the Scavenger Hunt listings.

The Land of Faerie

I love that bum

I just found your blog today and I’m enjoying the neck out of it and you! You’re a very sexy lady!
Sincerely a New fan.

Welcome and thank you

This is so cool and the photos are so fun 🙂

Now this is the best find ever! I don’t think it will easily happens that someone else manages this notch for the Scavenger Hunt too, but it would be fun to try of course!

I would have been tempted to chat-up the security guard . . . for help with the photos !!!

So much fun! Great photo

What a stroke of luck and how interesting to come across such a thing. I love the photo. The way your shorts are down makes it look as if they are the tops to some holdups – well on my laptop anyway ;-)and your bum looks divine xx

Thank you. I was surprised to find them lurking there and I knew I had to take my chance, after all it’s not ever day you stumble across a TV set

I was halfway through reading before I realised it was an ‘alfresco body pic by stealth’ genre?

I wasnt familiar with this “meme link”

[…] Molly goes she seems to find a great place to snap a sexy image. The photo in this post is very sexy but also have a read to find out how she stumbled across across an interesting […]

I LOVE this new Scavenger Hunt Location! It will be quite a prize for anyone else to get (though Dee did get TV Studio, I’ll specify “outdoors” for this one.)

Also, welcome back to the Scavenger Hunt!

Thank you. I realise I have a few more than I have not posted so Every Damn Day in June might be an excuse to share them

[…] this triumphant (because it’s such a fab location) to the Scavenger Hunt by Molly: TV/Movie Set (outdoors). Welcome back, […]