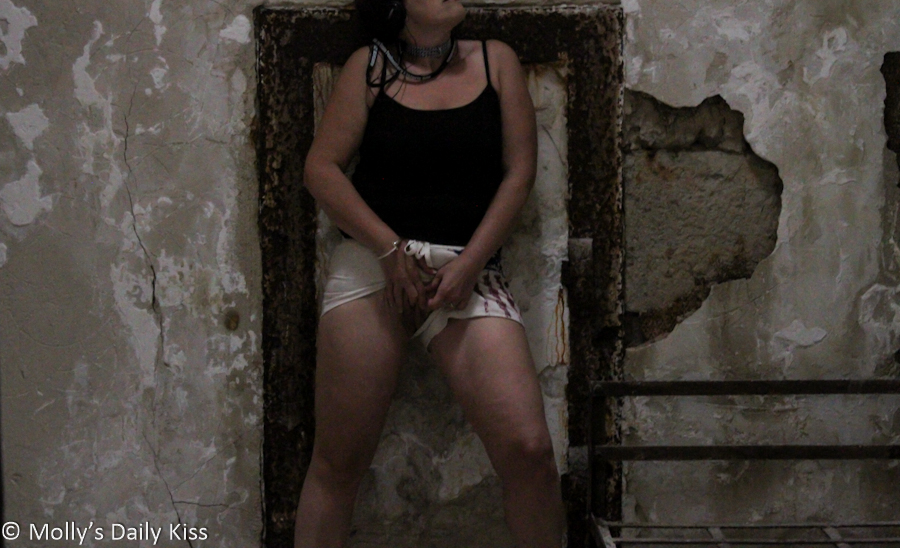 We took these pictures last summer whilst we were Philadelphia visiting friends and family. The Eastern State Penitentiary was opened in October 25, 1829 and considered to be the world’s first true penitentiary. Eastern State’s revolutionary system of incarceration, dubbed the “Pennsylvania System” was based on the idea that true penance and therefore reform from your crime(s) was obtained by spending the majority of your time in solitary to confinement because this time would then allow you to truly examine and amend your ways. In fact for many inmates this type of total solitary existence actually led to them literally going mad but the system remained in place until 1913 and was used as a prison right up until 1970.

It is now a Historic site and the money raised for visitors is slowly being used to preserve and repair the site as much of it has fallen into a poor state. If you ever get a chance to visit I highly recommend it. The history is fascinating and the building itself is amazing, with great long corridors and high arched ceilings with rows and rows of tiny cells running along them. It is dark, creepy and ‘The Hole’ where prisoners were put as a punishment which was underground and pitch black dark was terrifying.

Although this building is no longer used a prison it has never been used for any other purpose and remains to this day, apart from the decay, exactly as it was when it was still in use and so when I asked Dee if I could use this a Prison Scavenger Hunt she said yes.

One of the cells was in better condition. Many of them you could not go in as the walls are crumbling and some even have trees growing in them. 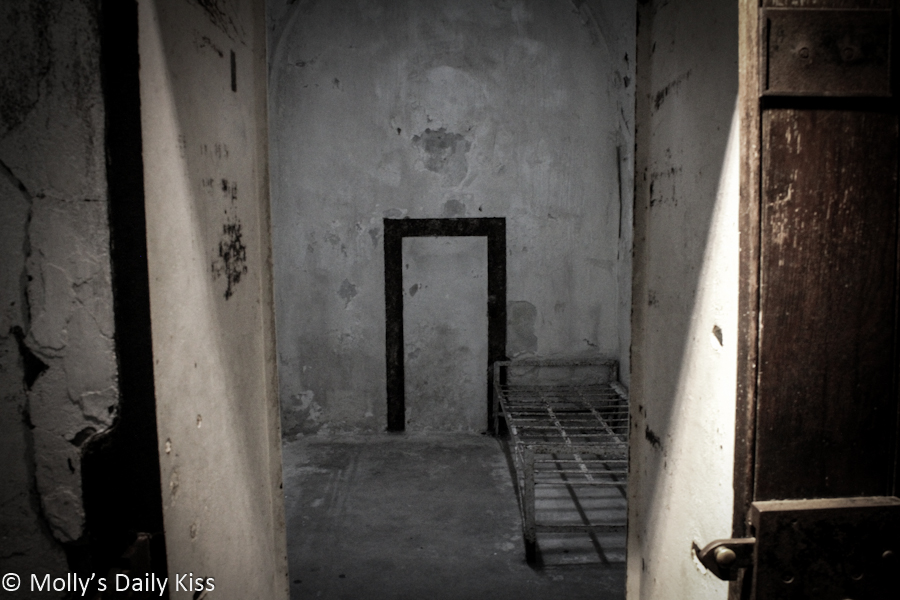 The lighting, which comes into each cells from a small slit shaped sky light which was called ‘The Eye of God’ meant taking picture was not easy, hence the grainy nature but I think you can see the important bits….

And of course the other people looking round, of which there quite a few meant we really didn’t have much opportunity to get more than just these two pictures and even then we nearly go caught. 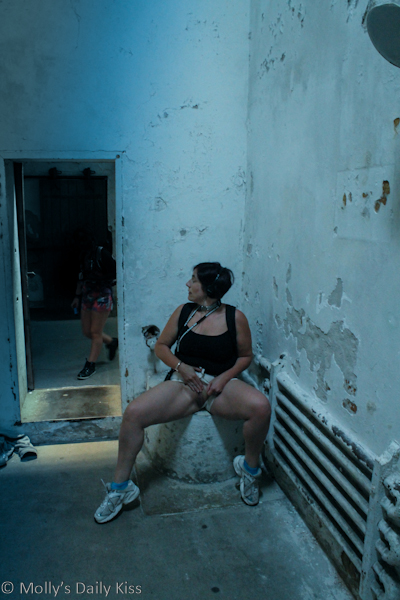 This is day 4 of my Scavenger Hunt week and location No. 56 on my list of completed locations

I loved these pictures. And I’m really sad you could not take pictures with yourself fully naked, because I think the juxtaposition between tender bare skin and those rough and brutal walls would have been all the more delicious. I shall just have to imagine it.

Those are great pics. Awesome location, what a great way to spend the day.

Well done you! A great spot for a bit of naughty photo taking! Bit of a heart racing moment thinking you might get caught though I imagine!

Seriously, completely blown away! These pics are amazing – and I’m so envious of this location 🙂