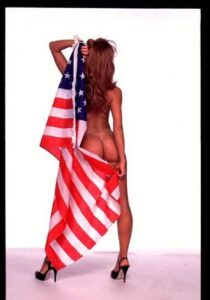 Last week America proved that she is all women when she rather spectacularly changed her mind. Now we all know this a woman’s prerogative but in America’s case it leaves me wondering. Only a year ago America voted for Change! They embraced it, arms opened wide, and showed Mr Obama ‘the love’. Yet one year on and the state of Massachusetts has done a complete about turn and has rejected President Obama and his change, but why? They voted for changed didn’t they? I mean he was pretty clear about what he stood for, wasn’t he? Maybe America was not really listening, where they blinded by his image, in love with idea of him but not actually really listening to the words he spoke? Or could it be that change is tough and when the going got tough America decided they didn’t fancy change quite so much after all?

Personally I have always believed that, at its heart, America is a truly Conservative nation and I think they elected Pres O cause they got wrapped up in the hype, I don’t think they elected him for his political beliefs but because he was the ‘sexy’ glamorous candidate, and because there is nothing quite like making history to excite a nation.

Whichever is it, it is a pretty amazing about turn and it leaves President O with a bit of a battle on his hands if he is going to achieve some of the things he promised and it leaves people like me, the watchers of America, who find her, in all her different guises fascinating, wondering, just what America will do next……

Massachusetts isn’t so difficult to understand really. I didn’t vote for Obama but I clearly remember the campaign. We were promised transparency and openness, we got backroom deals and Senators bought and paid for. We were promised bipartisanship but got a dictatorial, arrogant supermajority. We were promised fiscal responsibility and got profigate spending and runaway debt. We were promised responsive governement but we got a government that derided and demeaned those who dared to exercise their right to dissent.

One party rule is never desireable; the election last week went a long way toward correcting that.

Oh Wolfie….ty for the comment….I can tell you are a Big Obama fan then? LOL

But tell me, if you don’t have one party rule don’t you then up with a stalemate where nothing much can really be achieved as neither side will agree to what the other wants. And if they do agree then where do their political principles lay? Can you really check your political beliefs in at the door and all come together and hold hands? How does that work then? Sounds like a utopian lovin to me……and ideal word……and its doesn’t exist……

Getting nothing done is exactly what I’d prefer from my government. Stop doing things for us, to us or anything else. Each thing government does removes our freedoms. I’d happily pay my taxes for the entire congress to go on vacation for their entire term. We’d all be better off.

And, as for doing stuff… just stop spending. Stop the nonsense. We don’t need government telling us how to live our lives.

I wonder if other of my fellow countrymen had noticed that since O has taken office that their is a marked proliferation of billboards and commercials run by the government telling us how to live our lives better. I guess they’re seeing how much Americans appreciate being told what to do, how to live, how to limit health care, how to .. how to… how to… (followed by a neverending panoply of things the government tells us we should do)

Great Post Molls….A Political hot potatoe, but hopefully will get you a lot of comments.

I disagree with Desert, Most of Obama’s profigate spending and runaway debt was because of the debacle Bush had left the country in after 8 years of mad Republican rule & the fact, they…as every other country had, allowed Bankers to rule.

Obama had no choice as didn’t Brown. The problem with Obama is, the Americans expectations on one human being…They want it all put right in 5 minutes, doesn’t work like that, it will take a lot longer than the 12 months Obama has had so far, to put right the Bankers fiasco & 8 years of Bush…I fear the Americans will fook this one up, not allow Obama the time & simply never get out of the shit they are in.

What worries the Americans the most is they are no longer looked up to, are no longer the super power they were & are no longer regarded as the country to follow. The whole world is watching them right now, holding their breath to see just what impact Obama has, just a pity Americans haven’t the patience & won’t probably allow him the 8 years they foolishly allowed Bush, to have the anticipated impact needed.

I agree with Molls, Hung councils, hung senates, never, ever work, god what a mess America would be in then if that happened, for the sake of all Americans, I hope Massachusetts was to just give Obama a kindly reminder as the Nobel peace prize was, otherwise their demise will continue, thank god we don’t have Blair in power any more is all I can say & thank god the British stiff upper lip comes with a huge dose of patience.

Since when is doing the wrong thing preferable to doing nothing? I would prefer to see a little less activity out of the congress and a little more, no, make it a *lot* more, careful deliberation and reasonable compromise. The United States has alwys been a center-right country but took a hard left turn in the last election. People were voting for someone who promise to reach across the aisle, but the other side of the aisle has been locked out of meaningful deliberations Obama promised that Healthcare deliberations would be televised on C-Span, but instead they were being done in secret with the opposition locked out of the process.

When Bush left office, the debt was just over $10 trillion, with the proposed increase in the debt ceiling, it will be in excess of $14 trillion. I realize that Obama inherited a mess, but a 40% increase in an already debilitatiing debt burden in just over a year is simply inexcusable and unacceptable. The old line of blaming everything on Bush is wearing very thin with the American electorate and it will show next November.

As far as our standing in the world goes, I couldn’t care less. I don’t really care if everyone likes us as long as they respect us and know that we mean what we say and have the means to back it up. Unfortunately, Obama has done nothing to enhance our place in the world and in fact has on some ocassions made us a laughing stock. He thoroughly botched his first meeting with the Queen and was seen bowing to the Saudi king…. someone forgot to tell him that Americans don’t bow to monarchs, especially corrupt und duplicitous ones such as the Saudis.

I don’t dislike Obama… he’s likeable and personable, but I am diametrically opposed to his politics. We did not get what we were promised as a majority of Americans now realize. Unless he changes course and moves quickly and decisively to the center, which will infuriate his most loyal supporters, the elections in November will be a bloodbath for the Democrats.

America is the unacceptable face of capitalism and a ‘survival of the fittest, society. It was obvious that when Pres O put forward his Health Care program rich would come out against it Republicans would sooner spend trillions on going to war against weak nations rather than take care of their own..

Desert wrote “When Bush left office, the debt was just over $10 trillion, with the proposed increase in the debt ceiling, it will be in excess of $14 trillion. I realize that Obama inherited a mess, but a 40% increase in an already debilitatiing debt burden in just over a year is simply inexcusable and unacceptable. The old line of blaming everything on Bush is wearing very thin with the American electorate and it will show next November.

I’m sorry Desert but it rose to 14 trillion because Obama like Brown had to bail the banks out, none of which was his fault, Bush knew what the Bankers (as Brown did) were up to with their toxic loans & did precisely nothing. As I said Obama inherited a mess a huge mess, & he needs time to sort it all out, I just hope he gets the time. I have many friends from the USA & I also have a soft spot for the country, I hope they sort this & the rest of the mess out soon, for the sake of everyone.

Well… of course they didn’t vote for Obama for change. They voted him in because he’s black. He had no other experience other than his race. None at all. So, the only logical reason that liberals voted for him was to prove their innate liberalness. Conservatives voted for him to “prove” that they weren’t racist.

Of course, neither reasoning works. Neither selects a qualified candidate. Neither is good for the country. (Witness the deep dive into Socialism, Marxism that we’ve taken since PresO was elected.) Neither has proved to be acceptable. We’ll rectify that this year in the congressional elections (this process has already started.) and in two years for the presidential elections. Once again the adults will be in charge.

Don’t even bother trying to blame Bush for the mess that O has created in the year since his election. At least the American electorate is waking up and discovering how much he has ruined our country. Other nations don’t really have a clue. As we don’t about their forms of government. America is not a country that believes in the Nanny State. We don’t need big brother looking after us. We’re fiercely independent and self-sufficient. We believe in individual rights. Leave me alone, I’ll leave you alone. And the government should leave us both alone.

Freddy, I just can’t believe that the American voters are that stupid. Vote for a man because he’s black! They are far more intelligent than that.

They voted for change. The majority that is. The problem is the minority; those that wield the real power; those with the money; the industrialist and those who hold the keys to the great institutions don’t want change. They want to keep things as the are; keep the little people down; exploit them as they have done for centuries. Until these go American will never change.