Beyond FetchatEvery Damn Day in June 2020

Our kink dynamic or We are not D/s 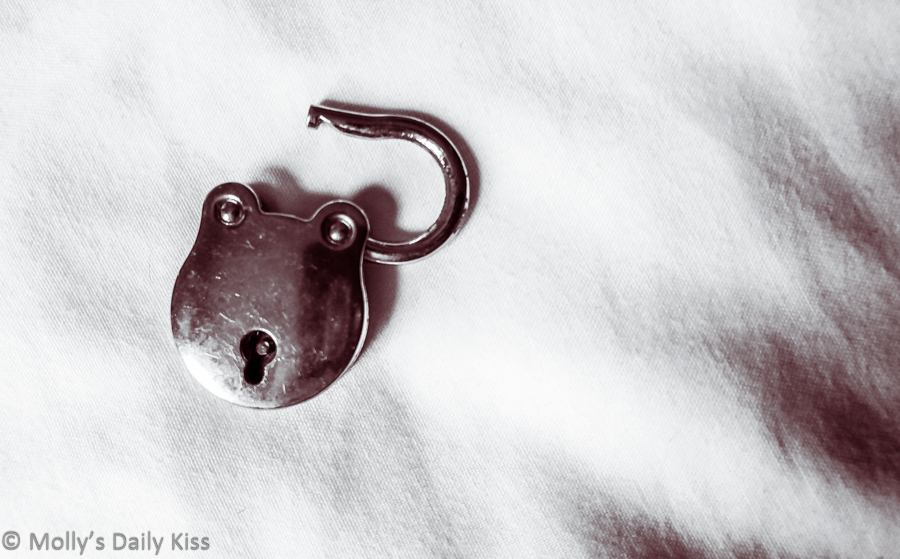 This post is about a past relationship that I am no longer involved with. 14/02/2022

Despite what it might look like TC and I do not have a D/s relationship. We do however have a kink dynamic that looks a bit like D/s.

His kink persuasion is definitely in the dominant role and I mine (with him) is in the submissive role but neither of us are interested in the formal side of a D/s relationship. I have absolutely no desire to call him Sir or any other honorific title for that matter and luckily he doesn’t want that either. In fact he has always said to me too many people call him Sir in his day to day life for him to ever find it hot coming from my mouth. He doesn’t do titles and he also doesn’t do collars in the form of a mark of ownership which is good because I don’t want that either. That isn’t to say that collars won’t be used but they have a practical purpose only.

We are also non-monogamous. We have talked a lot about what they looks like for us and what we are both comfortable with when it comes to other relationships and/or sex with other people and I know I said there are no rules but in relation to this he has a rule; He is happy for me to do whatever I choose to do with whomever I choose to do it as long as I am safe and the person/people in question are good to me and make me happy. In return I have some ‘rules’ that I need to know who and what and ideally I would like pictures and there is one named person I would not be OK with. Maybe calling them rules is wrong and a better word would be boundaries.

Apart from that we have negotiated some other ‘rules’ too and I put it in inverted commas because they are more things I/we need than rules in the traditional sense of the word. For example, take what you want when you want. I need to know that if he wants to fuck me or get his cock sucked or whatever his desire it he will take what he wants. Once upon a time he asked if he could kiss me. I said yes. It was our first kiss ever (a story for another day) but afterwards when he stepped away from me I told him not to ever ask me again.

No is not a safeword between us, in fact as consensual non consent is a massive part of my kink no mostly means, don’t fucking stop/make me. And when I do mean no, then I will use my safeword which is another thing that exists between us that falls into our negotiated kink dynamic.

He knows that I want him to beat me, tie me up, use me, fuck me, come on me etc. Sexually we fit in that regard because doing those things with me ticks his boxes too but we also fit in the way that we both want there to be a fluidity to our relationship and neither of us is interested in a formal D/s dynamic. It would constrain both us way too much and would completely unsustainable for both us.

Clearly our relationship is not vanilla, just writing that made me laugh, and it is not without it’s elements of D/s either. We have talked a lot about how it works between us, what we are both comfortable with and both want. The result is our kink dynamic. That is how we refer to that part of our relationship. Maybe, for various reason, we are both super leery of formal D/s structures and relationships and so we have actively avoided calling what we are that. Maybe it is really just semantics but it feels like more than that as there are traditional elements of D/s that we neither of what. Yes he is sexually dominant and I am sexually submissive (with him. I am discovering that I have a dominant side too but I can’t switch with the same person. Again another post on this at some point) but he is not A Dom and I am not A sub, we are just two filthy perverts whose kinks fit together perfectly.

I am always fascinated by how others live out their kinks. I feel like I might be similar to you. I always figured labels like D/s as more of a broad category. As much as I like the protocol aspect of D/s (from both sides actually) I find those difficult to implement in real life anyway. Also my switchy side is clearly in the way of doing the whole D/s with collar and rules and such. Nevertheless I find it fascinating to read about from others. Thanks for telling us your way.

It’s really so important to find whatever works for you, isn’t it? And calling what feels right matters too. It’s exciting to feel the click of things falling into place without the limits and restrictions of protocol or “how it is”. I’m happy for you!

Always great seeing how others do their kink world.

Your post has given me thoughts and I think we are very similar now. I think we have evolved from being bedroom D/s to just being us with elements of D/s sprinkled amongst the sheets. I will blog it because I need to get the words out so they no longer fill my head. Thanks for getting my mind wondering x