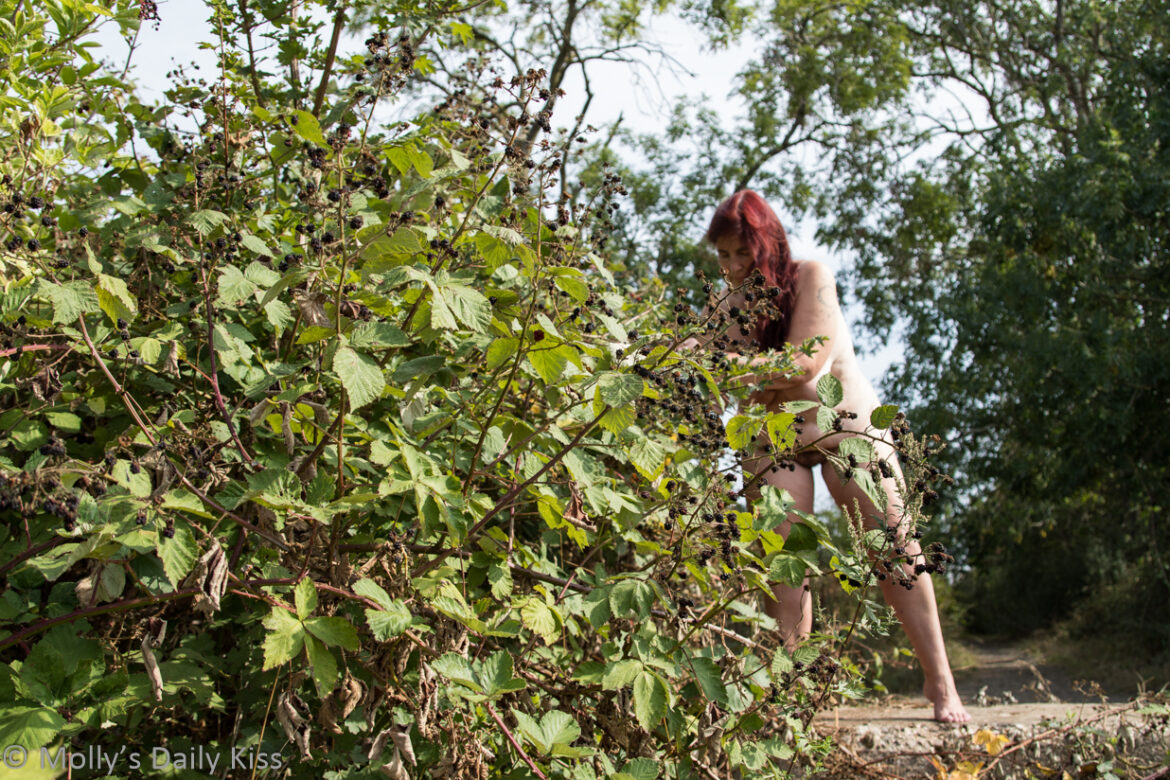 “I love to go out in late September among the fat, overripe, icy, black blackberries to eat blackberries for breakfast, the stalks very prickly, a penalty they earn for knowing the black art of blackberry-making” ~ Galway Kinnell

I only discovered recently that Brambles(Berry) were a location on the Scavenger Hunt list but I was delighted by it because the countryside around me is absolutely covered with them. All I needed was to find the right spot and set up my camera and…

I took these images a few weeks ago. As you can see the best of the Blackberries have already been and gone. Everyone thinks blackberry season is September but really it is August when they are at the best especially if you want to make jam as then you want them to be a bit tart.

Blackberry picking naked is a tricky activity though because the thorns on brambles are mean and vicious and they can hook into your skin really easily. Even just brushing against them and they seem to have the ability to catch hold of you which was exactly what happened when I was taking these images. When I stepped back from the bush having taken the shots I realised that they has somehow attached themselves to one of my legs. I managed to mostly ease them off and only came away with some minor scratches which was impressive considering I was wearing nothing.

I took about 9 pictures altogether most of which I have discarded but I really liked both these two and couldn’t pick between them so thought I would share both.

This is location number 91 on my list so far. I am determined to get to 100. I hoped to do it by the end of the year but not sure that will be possible now with the winter fast approaching but we shall see. I am prepared to give it my best shot.

The world is your runway

We have a yard surrounded by the brambles. The local herd of deer and rafter of turkeys tend to get to the berries before us but the kids gathered enough to make one jar of jam. In our house that jar was lucky to last a week. Stay safe. Lovely pics.

Nakedness and brambles really are a risk aren’t they, they have a habit of grabbing you and hugging you tight!