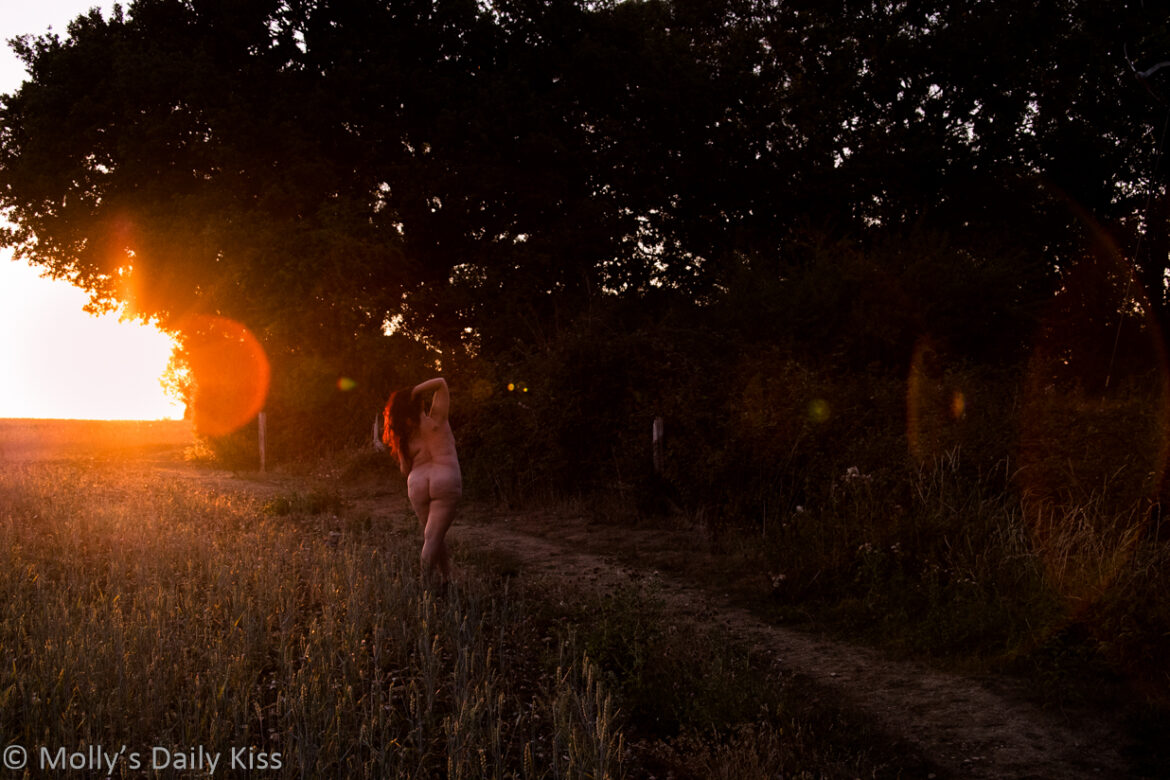 Also known as sunset and another of the locations of the Scavenger Hunt that I thought I had done but turns out that despite posting a sunset picture I never actually submitted it as a Scavenger Hunt Location. I thought about just adding the badge and sending the post to Bee but for reasons that are probably just my brain being weird that felt like cheating so off I went with my camera and tripod to capture a sunset and me.

I know exactly where I wanted to go. I have walked over those fields enough time as the sun slips low in the sky to have the perfect spot already marked out. I thought I had it all worked out however we basically got there too early. The sun was still too high in the sky. Luckily Michael is a very patient man and Hudson is a very patient doggo as they waited, keeping a look out for me, while I set everything up and then waited myself for the sun to finally dip low enough.

Of course it got there eventually. Whilst is seemed ages waiting for it once it was there those final moments before it is gone seem to go quickly and so I worked fast. Taking a LOT of pictures with me in various spots. It is not an easy thing to shoot into the light like that and get everything lit well in the shot but when I got home and looked through I was really pleased with this shot (the one in the header) I love how you can clearly see me but also the star burst from the sun running through the image and how it is lighting up the red tones in my hair.

It wasn’t until we got home that Michael revealed I was not the only one taking pictures. He was also taking them, of me, taking pictures. It is all very meta but when he showed them to me I wanted to the include them in this post too because they add to the story of this picture showing my set up with the tripod etc

But also there is something about the fact that he is not just there pasively waiting but he is watching me and capturing his own view of our little sunset adventure that is kinda sexy.

Oh and the light in this one is just stunning. I can feel the heat of heat of the sun on my skin just by looking at this one.

There is something so special about sunsets, I adore the vibrancy and warmth of them and no two are ever really the same. So I am very glad you decided to go and take some more, rather than just adding the badge to existing ones.

I’m glad you decided to include these. They’re lovely!