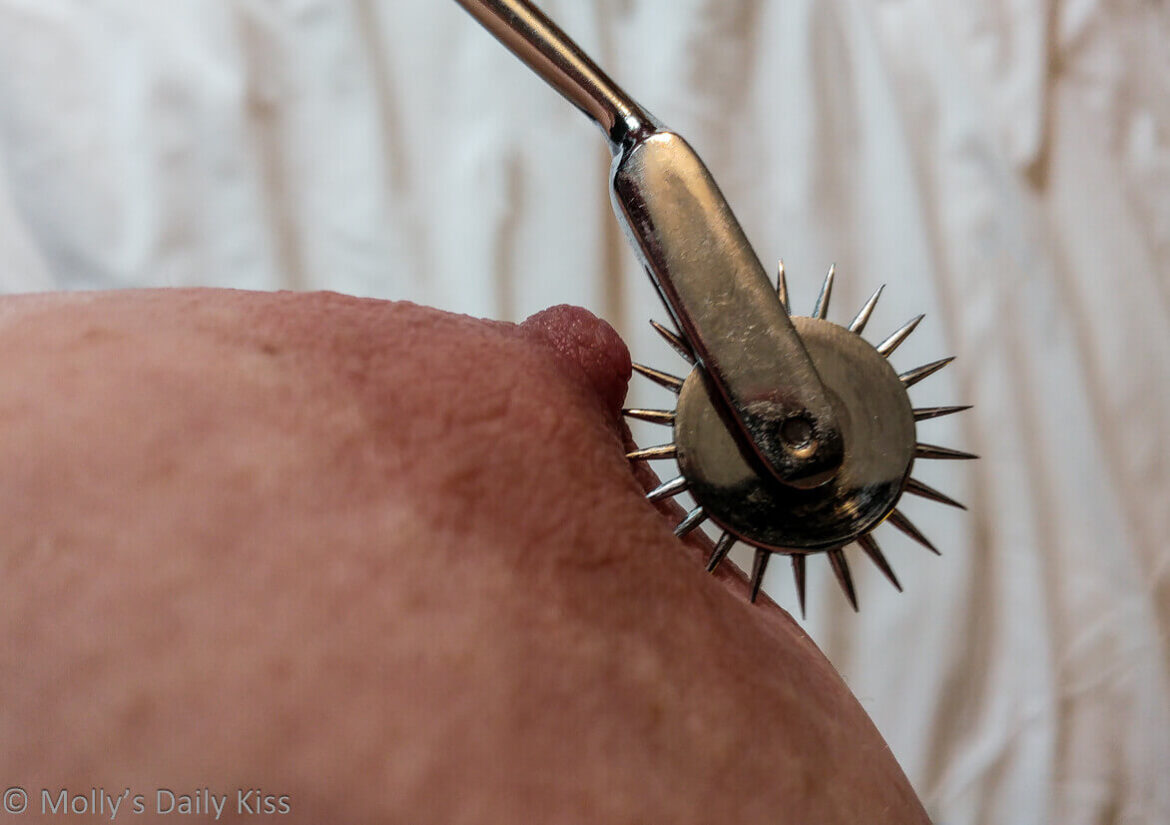 We have been together coming for 9 years if you count the first few months of our relationship before we met in person. If you don’t know the history, a very quick recap.

We met online in the Oct of 2009 on a website for amateur erotic/kinky writers which sadly no longer exits. His avatar (the one he still has now on Twitter) caught my eye as did his writings in the forum. We soon got talking, there an instant connection that very quickly turned sexual. Neither of us was expecting to meet someone though but by Christmas is was becoming apparent that this was way more than just a bit of cyber sex. Soon after I bought my first ticket to Philadelphia and waited patiently until the April to finally cross the Atlantic. We spent another 15 months traveling back and forth before Michael finally moved to the UK and we got married. That was 7 and half years ago.

I find it hard to believe that is 9 years. It seemed like only yesterday we were getting married and that was over 7 years ago. We have done so much in that time. We have learned to live together, to parent together, to work together. We have worked out what being married means to us and how we fit together as Dom and sub. We have learned how an additional partner for Michael fits into our world and explored all sorts of kinky together. If I think back to when we first met and the kink things we talked about doing and not doing it has changed and evolved so much as we have experienced things together.

Back then blood play of any type was something I was fairly sure didn’t interest me, the same for branding, needle play, medical staples and although I was excited by the idea of impact play lack of experience meant I wasn’t sure how much I could take. The idea of being beaten until I cried sounded hot but not everything that sounds hot turns out to be that way. Spoiler: That one turned out to be super fucking hot!

Likewise for him; He had never stuck needles into someone before or made someone bleed but it didn’t matter because we were both up for exploring and discovering together. I will say some of those discoveries have definitely occurred as a result of him pushing me at times. Finding out that being made to bleed sent me into sub space and turned me on so much only happened because one night he decided to give me a couple of spanks with the vampire gloves. When I discovered the little droplets of blood on the sheets after we had fucked (this was in a hotel) I was so turned on by it that I wanted to take the sheet home with me (I didn’t, but he promised to do it to me again which he has done many times and so far I have never stopped loving it)

We have also discovered things that don’t work too, such as face slapping. Not something I expressed much interest in but still something we explored but very quickly discovered was a really big no for me. Orgasm denial is another one that experimentation has revealed only works for me in very limited specific ways. There are also scenarios that we have discovered don’t work either. I long had this fantasy of being chained up to the radiator in the bedroom and left there with just enough chain to get to the bathroom and back and that he would come in and out as the day went on and use me for his pleasure. Within about 2 hours I was going absolutely stir crazy. I wasn’t in the least bit horny, I was in fact grumpy and bored and we ended the whole thing there. Sometimes things can be hotter in your head than in reality.

We have done so much, but in reality I think we have also only just scratched the surface of our kinks together. Even after 9 years there still seems to be so much I would like to do. It is one of the things I love about having a kinky relationship is that it feels like there is always potential to try something new or different or just explore the same things but more or differently, adapt and change them to fit your environment or needs. For example we have only really just started exploring needle play. We have done it a couple of times now and both times my body has had a fairly strong reaction to it because it really seems to kick off my adrenaline reaction. I want to do more, I want to really sink into it and one thing I really want to do it try it on a part of my body where I can see it like my thighs or maybe my breasts. I have even thought about self needle play (I blame floss for this because her piece, I am a medical masturbator, put that idea into my head).

Sometimes though I feel like I am a bit of a broken record when I express these things as at times it feels like I am constantly asking for stuff and also as the years have gone on we seem to have less time for our kinky selves than we ever did. We used to go out to play events all the time now we are lucky if we manage 4 or 5 times a year and even at home, work and children that no longer go to bed at 7pm have rather cramped our style. The result is that sometimes I feel like asking for stuff sounds like nagging or is a commentary on what we are already doing, in that it is not enough and that is not the case but that doesn’t mean I am not still hungry to try new things and revisit some old things.

I could go on but you get the picture. I love our kinky sexy play and I want to do more of it. I love exploring together and I love learning together, both the things we do and don’t like. It might have been 9 years and we might have done a real lot of filthy dirty things but in the scheme of things we have only really just got started and I have no intention of stopping any time soon. I hope that we have many more years of kink together because we got a hell of lot still to get done and a even greater amount of stuff to do over again.

Equal to the Task

What a great post Molly, one of your finest in my humble opinion. Reading about your kinky adventures sent my mind spinning off in many directions. Also got me more than a bit excited! It’s so true that the actual kink waxes and wanes depending on life, but the desire never leaves.

I really enjoyed reading this and can relate to so much of what you have said here. The fact that there is so much left to explore together is such an exciting thing ?

This made me think of all the things I would like to do still, but where I have to adjust my expectations because some of them might never happen again, depending on how and if Master T’s leg heal. Even if we can’t do any things outside, there’s a lot still we can explore inside when he feels up to it again. Isn’t it just lovely to be able to explore things together?

PS: I am SO looking forward to having NO children at home and being able to do simple things like walking around naked in the house, or with my leather collar on all day… so many things to explore once the kids are gone 🙂

Having no children in the house is definitely something that makes a massive difference. I love the way your relationship has developed over time and that you have tried things even if they haven’t turned out quite as you thought. Recognising that we have to grow and evolve is an important aspect of a long and successful relationship.

This was such a happy thing to read. You’re all three an inspiration and I’m mightily impressed at how you navigate this straight-edged society.

Wonderful to read . . . as always of course.

Oh! One of my favorites, I love to have that wheel run up and down my cock. This was an interesting read, and yes, I don’t think anyone could catch you in the woods, that is your environment.

Great post, very open and informative. You have made me (& many other readers) think about our hard & soft limits and making lists of things to try or re-visit. Continue to explore please, and keep sharing about it. The less adventurous of us certainly benefit from your posts.