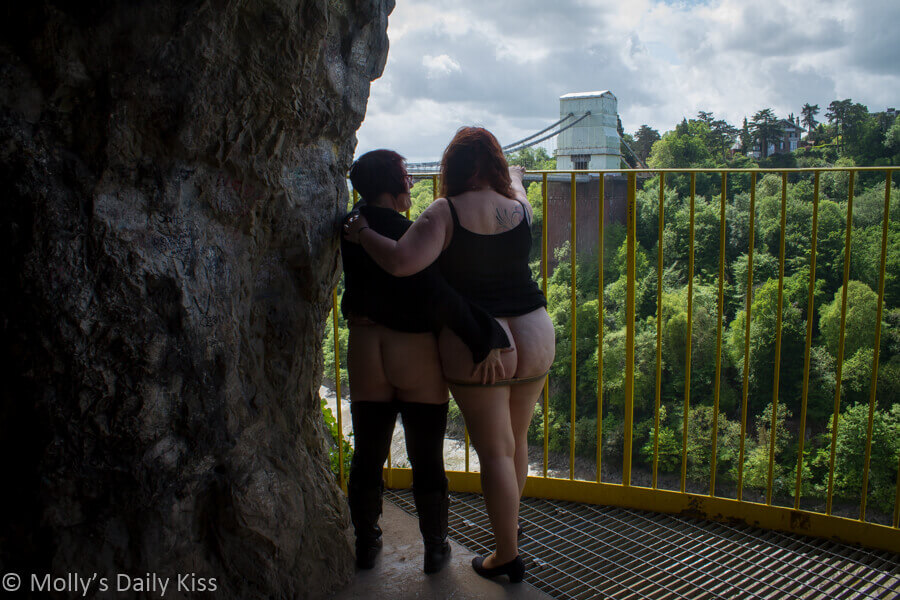 It has become a bit of tradition that Michael and I always travel to Eroticon a day early. After not doing it early on and finding ourselves short on time we vowed always to give ourselves an extra day. That tradition has resulted in us spending some wonderful Friday with various friends exploring Bristol and relaxing. Two years ago a joint Scavenger Hunt with Rebel was the result of just such a day. Last year, sadly, we didn’t manage to do one together but this year we were gifted a completely unexpected and perfect opportunity that we just could not resist.

Michael had found out about the Camera Obscura that was in Bristol and so the four of us headed off in my car to find it. He had mentioned that beneath it was a cave  that you could go down into and Rebel was hopeful that she might manage a Scavenger Hunt but as I had already done that location I was not expecting to get anything for me. Master T decided not to join us due to the difficulty of the steps and after visiting the brilliant Camera Obscura that is located in the top of the building the 3 of us headed down the very steep steps into the cave. When I say steep I really do mean it and at times the ceiling was so low that even titchy little me had to stoop down to pass through but eventually we made it into the large cavernous opening that sits in the side of the rock face and discovered that there was the perfect outlook/viewing platform. 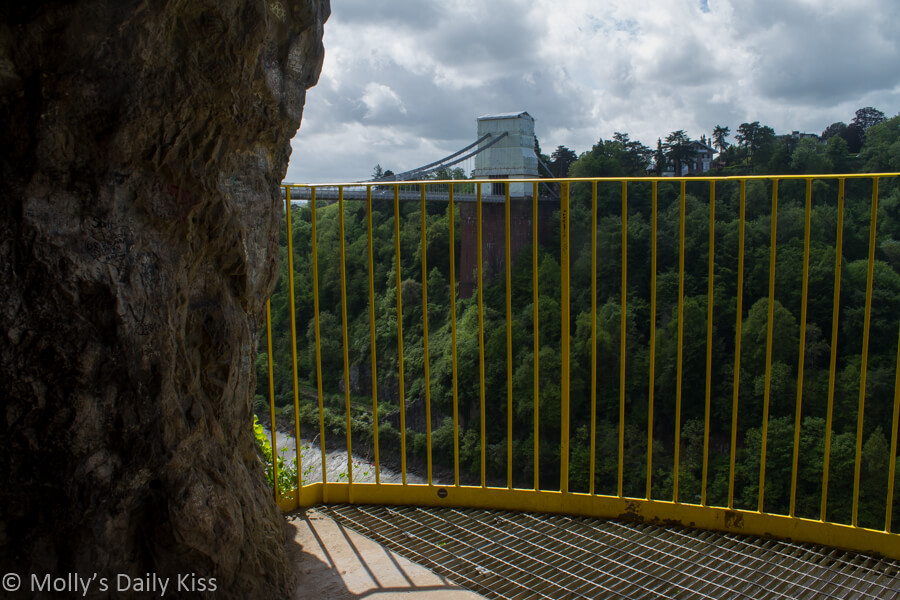 We started off with me taking pictures of Rebel in the cave and where about to get started on our joint one when a couple appeared and nearly caught poor Rebel with her pants round her ankles.She just managed to hitch her tights up but not her knickers and had to stand behind Michael while the couple enjoyed the view, of the bridge, not of Rebel’s knickers. Luckily they didn’t stay long and once they were gone we went for it.

What you can’t see in these images is that the grate beneath Rebel’s feet juts out beyond the lip of the cliff and affords a view straight down to the road below. Which is a long way down, I hasten to add, and I am utterly terrified of heights. As you can see my feet stayed firmly on the solid part, unlike Rebel who was far braver than I, however my refusal to stand on the grate was why we ended up taking the images in this corner so that I could actually be in them!

I am claiming this as Scenic Lookout and notch No. 74 on my Scavenger List (with the approval of Jade of course) Click the icon below to find out more about the Scavenger Hunt

Oh my, I can still remember how quickly I tried to hike up my pants. I wonder if the couple was gone so quickly because they saw something or sensed something was happening… haha!

You guys are sooooo amazing!

Ah, the Giants Cave in the Avon Gorge. I remember visiting that as a child, although the view was slightly different… 😉

[…] week I’d like to highlight Molly’s post Out On The Edge. It seems fitting as this find brings me level with her with my 83rd post. But also, the Clifton […]