Impact PlayKink Of The Week 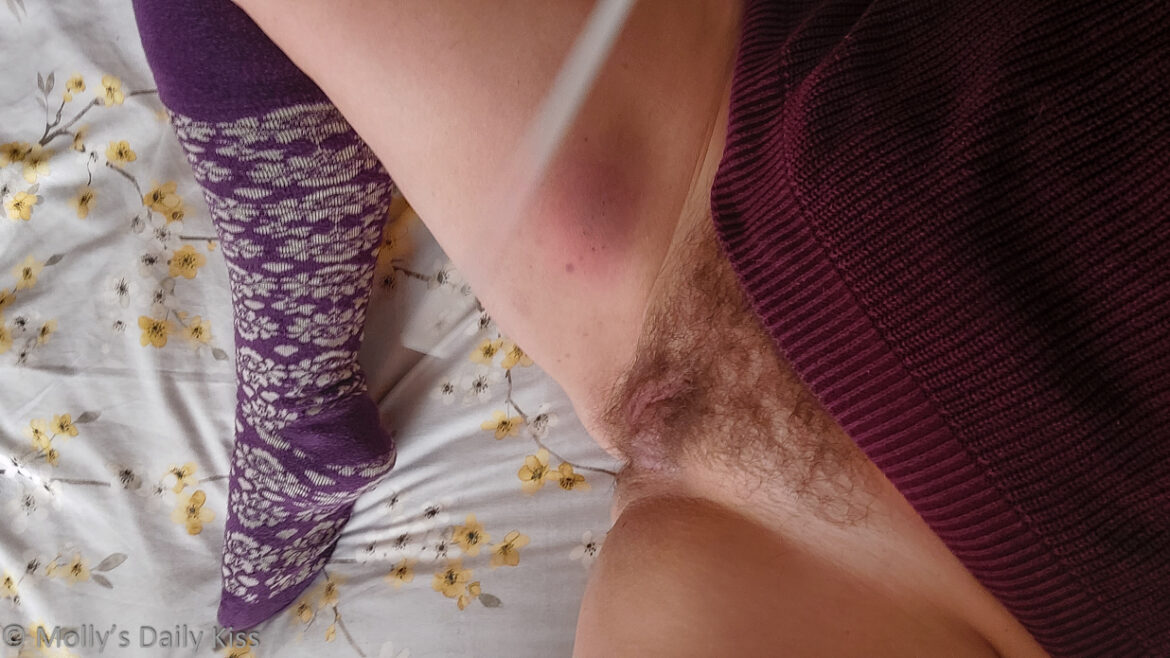 I have spent the last week muttering to Michael about canes. Asking him how many we have, showing him one online that caught my eye, and asking him if he thinks I like canes or not?

His answer to that was basically, sometimes.

“Ask for what you want”

My response to that was still somewhat vague. Maybe some play that included a cane.

He looked at me

“Are you asking for a caning?”

“Yes. I replied but quickly followed with, and also no because I don’t think I like it”

“Good” he replied and that was the end of it. Until Tuesday when he left the 4 canes that we own on the bed.

There are 2 Delrin canes (both made by The Kinkery), 1 Carbon Fibre cane and one solid metal cane. The last one is not like any other cane. It has no give to it. It is a solid metal rod and as such gets used very differently to the others. It delivers a bone shaking thud and needs to be used with less of a flick of the wrist and more of a controlled blow. I pretty much love that thing. It is intense at first as you get used to the deep heavy impact but then that is a sensation I can tend to sink into and it will often leave deep dark bruises.

Of course he used all 4. Swapping them round from light and whippy to heavy and thuddy. At times he even doubled up using different ones on each buttock causing my brain to have to try to process two similar and different sensations. Oddly I found this almost easier to process, as if confusing my brain led to it switching off rather than being overwhelmed. The longer the play went off the easier it got but that is not exclusive to canes but the case for pretty much all impact play. At first my body responds by fighting but eventually I find a place where I can lean into it more and that is when I can often go for quite a long time.

However he had other plans.

“Turn over and open your legs” he directed.

A little moan of excitement and also apprehension escaped from my mouth as I did what he asked.

He started with little taps on my inner thigh, almost letting the flexible cane just bounce up and down on the resistance from my body but as my skin started to turn a blush pink colour he increased the intensity and they become sharp little bites on the tender flesh between my legs.

What happened next involved lots more thigh caning, me rubbing my clit and him fucking my mouth until finally he shoved the handle of the cane into my cunt and let’s just say there were very happy intense endings for everyone.

I thought I was going to end up writing this post and saying I don’t really like caning unless I am well warmed up and it is part of other types of impact play but actually what I discovered is that whilst I might not like the idea of the cane. In fact I would go so far as to say I fear it. That doesn’t mean it doesn’t have it’s place and that actually part of that fear and apprehension about them is part of the turn on of having them used on me.

However the bit that has resulted in my wondering if I should start keeping one by the bed just in case he gets the urge to reach for it and administer another caning is the marks that mean little fucker (I am talking about the cane not Michael here) left on my thigh. The above image is from the next morning and this image is from today. It is one of those bruises that is changing every day. Spreading out, changing colour and even now two days on I can still feel it when I walk. When I press my fingers into it that aching sensation just feels so good. Every time I go to the toilet I get distracted by the sight of it and my fingers press into it and then other sensitive parts of me.

This is going to one of the bruises that I watch for days. Probably taking multiple pictures of it as it blooms and then eventually fades. Nursing it, loving it, prodding and poking it. I will be sad when it finally fades but as he often tells me. There can always be more.

Dancing in the Street

Bondage Bunnies Flogger For the Win

These are incredible images, and I love the interplay between you.