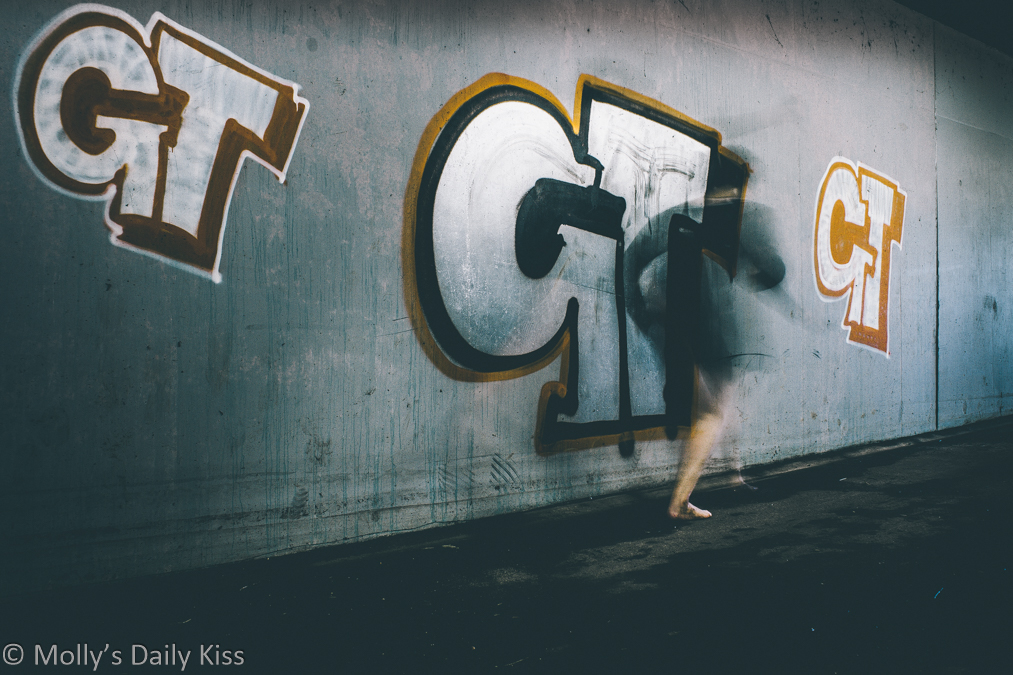 “People assume that time is a strict progression of cause to effect, but actually from a non-linear, non-subjective viewpoint, it’s more like a big ball of wibbly-wobbly, timey-wimey stuff.”

I am not a Dr Who fan in the sense of knowing all the ins and out and following all the minute details but I have always loved it. One of my happiest Dr Who moments happened about 4 years ago when I was in Rye visiting family. Whilst walking up the high street I looked across the road to see The Doctor wandering along with his shopping basket and walking stick. I so wanted to dash across the road and talk to him but I chickened out and instead stood and watched happily as he went about his day just like an ordinary human, which we all know he isn’t. In case you are wondering his name is actually Tom Baker but he was my childhood Doctor and seeing him there (and really he has not changed all that much) was like seeing a part of my childhood wandering down the road.

Apart from the iconic Tom Baker the best Dr Who of all time is Matt Smith. This is a hill I am prepared to die on so do not bother leaving me a comment about why I am wrong, because I am not. However I am super fond of the current incumbent in the role and I really like the gender fuckery that has seeped into the character as a result. All those people (mostly men) who are enraged by it really need to get a fucking grip because they seem to have forgotten that The Doctor is in fact an alien and therefore the fact they can change gender seems like a pretty obvious thing really but there you go, fragile masculinity is, well, fragile.

If I could be any TV or film character I would be a Time Lord. Just those words are super fucking cool. Time Lord. Imagine being able to say that. I am a Time Lord. Fuck yes. Cool AND hot all at the same time and best of all you get to travel through time. But if I could, what would I do, where would I go?

Clearly there are times it would be amazing to visit just as The Doctors does. Go back and see Ancient Egypt or Rome or the building of Stonehenge. Imaging getting to understand what drove humans to make that structure. History is essentially time travel when you get down to it but this would be history in action where you would get to fill in all the gaps and really understand. How amazing would that be?

But of course the real temptation would be to go back into one’s own life but that begs the question why? It is not like you were not already there in the first place so surely the temptation would be to go back in order to change things. But as The Doctor likes to say Wibbly Wobble Timey Wimey. Because if you change just one small little thing, you actually change everything

Sometimes I wished I never married my 1st husband but if that was the case then I wouldn’t have my two beautiful children. But surely I could have had kids with him without us being married? So I could go back and change that and never actually give up my name and never tie myself to him in the way that I did and yet I suspect the result would be that one simple change would essentially change everything. There is a chance that without the whole wedding thing he would never have agreed to having babies and even if he had would anything really be the same without making the decisions and choices that I did at the time. Clearly the smart money is on the answer being no.

So let’s leave that as it is. What about 10 years ago and the start of my relationship with Michael which led to another marriage? Maybe I could go back and change that but then if I did that I would never had done all the good things we did together and despite where we have ended up and how I feel about a lot of it we did have some amazing times and do some cool things together but my heart does remain fragile around this subject. The pain I have felt due to choices he made has been almost crippling at times so much so that there have been moments when I feel like I would do anything to be able to turn back the clock and avoid it all but really if I did would I be who I am now? Would I know myself as the person I am today? Wibbly Wobble Timey Wimey; the Time Lord answer to that is no and despite all the fucking shitty hard times and years I feel that have been stolen from my life I like the person I am today.

I might not be a Time Lord but in many ways I am a lord of my time because I lived it. The good, the bad, the happy, the sad, the joy and the pain. The marriages, the births, the love and the heartbreak. I can’t say I don’t have regrets about some of it or that I am totally cool with everything that has happened because quite clearly I am not but I also know that all of it, the highs and lows, are the story of who I am now and who I will become tomorrow. I might not get to travel back in time but I am, in as much as anyone is promised a tomorrow, able to travel forward and so that is where I will try my best to focus my time traveling powers on… although maybe I should also have another go at writing some time travel erotica

I think we all look back on our lives and wonder how it would be if we have made different choices, but the most important of all is that you won’t be the person today, if you had not gone through all those things; have not made the wrong choices. Back then they were the right choices, because they were needed to make you in the wonderful person you are today.

Hugs… I totally get where you are right now and how it’s tempting to look back and wonder “what if…” I wear my wedding ring from my ex-husband on my right hand now. (It’s a purple sapphire and we had it designed and hand made- I just loved it!) But it’s more than a pretty ring… I wear it now to remind myself of who I was then and who I have become since then. It’s the intention to remind me to not fall into bad habits or back into being that woman who wasn’t fully me… Remind me not to do that stupid shit again but to be me in all my full glory and continue to grow and change as I want to now! (Oh and I’ll probably never get married again- for sure! (Well mostly sure! LOL)

HUgs and love on the journey! It’s a process and sounds like you are doing great as difficult as it is!

This all makes so much sense Molly. You know those books / films where someone goes back and changes something and then the present is altered. I’d have hated that to happen. It’s tough but it has made you who you are and also you have your lovely children. Plus, I love Tom Baker. xx

Great thought provoking piece – the allure of rubbing out the mistakes is far outweighed by the worry of ruining the best bits in my life whenever I ponder this question. I think you’ve reached the right conclusion. I wish you Hugs and support to help get over the painful bits xx

Tom Baker was my Dr Who and the best ever. I am not sure if i could have been so restrained seeing him in real life but u did good as he is probably just going about trying to be normal now and maybe does not want any fuss. I am sure I read recently about another blogger coming across him too.
Funny that u wish u had not married the father of your kids cause I wish I had married the father of mine – as you do not get your £200 for passing go as a common law partner. I lost out financialy bigtime – a lot of it was even my money originally. So going back in time I would have probably gone up the aisle had my kids but still left. Of course the better option would be that we’d made it work. But that is the trouble with looking back in time we can go on and on cause u are exactly right time is a wibbly wobbly wimmey thing
xx

Not a Who fan, dont really care for it that much. But I’m enjoying the photo. It’s not a sexy but getting that sense of motion impresses me.

While I understand what you have written, I haven’t one notion about Dr.Who – never watched it. I went backwards with my piece too, though further back and while writing I felt it would be good to change bits, overal I feel no. I am who I am because I lived and survived all that. x

I think most of us have regrets or things we would have liked to have done differently, but ultimately our choices make us who we are and bring us to now. And who we are now is all that really matters.