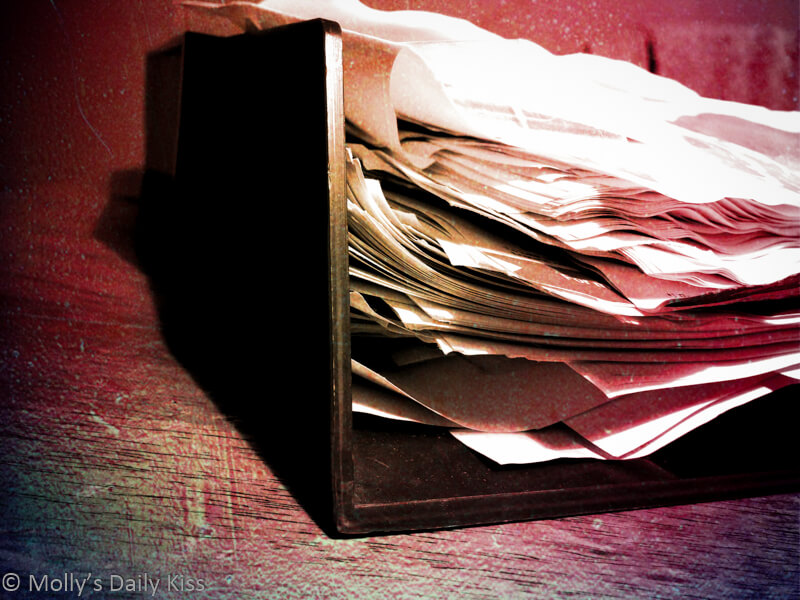 Charlie Powell (aka Sex Blog of Sorts) is running a writing competition on her blog at the moment in which you request the name of a lipstick from her and pen a story using the lipstick name as a title. To my utter amazement the name she gave me was ‘On Hold’ and I will happily admit that I even messaged her back asking if that really is the name of a lipstick. Apparently it is, although I can not even begin to image what colour it might be. Anyway, I have penned a story but to say I struggled with an idea would be a massive understatement and I can’t claim to be very satisfied with what I came up with but at least it got me writing. Now I am trying to decide if I should risk asking Charlie for another name or not….

“Oh it’s no problem Alex, I am really looking forward to this project getting started.”

Oh those words, how Grace hated them. They were always accompanied by the same thing, that her work was lovely, that they would keep her mind, BUT, and then some excuse as to why they would not be hiring her. Over the years she had heard it time and again but over the last couple of months it had started to become an all too often occurrence which was starting to put Grace’s whole business model into trouble. It had been an ex boyfriend from years ago who had suggested that she market her photography to corporate clients and overall it had been a genius idea. They expected to pay a lot of money for what they wanted and Grace was good at delivering quality images at a quality price. As a result Grace only needed two or three of those types of jobs a month to not only live comfortably but also maintain her beloved studio and have plenty of time to work on creating the photographic art that was her passion.

“I was wondering if you would have dinner with me tonight?”

“I am sorry” she stammered” “But did you just ask me out to dinner?”

“Did you not just tell me that you would not be hiring me?”

“Well it was not my decision, my boss gave me this project to work on, then changed her mind when I presented it to her. If it is any consolation I think she will change it back in a couple of months and when she does the job is yours, so it’s not really a no, more of a, on hold thing ”

“On. Hold.” Grace repeated back at him “You are aware that ‘On hold’ does not pay the bills and that I just spent the best part of 2 weeks working with you to get that portfolio exactly how you wanted it and now you are putting me ‘on hold’ but you still thought you might be in with a chance of getting your dick in me?”

“No… I mean yes but not like that, no, oh God this is not going well. I am sorry Grace, please, forget I said anything I didn’t mean to upset you, I just so enjoyed working with you and the thought of not seeing you again made me sad so I decided to ask you out but I can see I got it wrong”

“Damn right you did”

And with that Grace strode out of his office slamming the door with as much force as she could muster.

“Bloody arrogant arse” she muttered to herself as she waited for the elevator to come and carry her away from this hideous mess but as the doors closed on her and she started her descent through the building the mortified look on his face at her reaction and the words he had actually said started to replay in her mind. Suddenly Grace was not quite so sure she had made the right decision and when the automated voice announced her arrival on the ground floor she reached down and pressed the button to return her right back to where she had just come from.

La Cucina has been her choice, it was a tiny little Italian restaurant tucked away in the back street near her home. It was one of those places that only locals knew about and tended to keep to themselves in fear that its perfect home-cooked simplicity would be destroyed if everyone knew about it.

So far the evening had been very pleasant but in Grace’s mind that had more to do with the food than with the company. Their numerous business meetings in his office and her studio had been more fun than this dinner was turning out to be. Frustration and annoyance at his distant attitude towards her slowly gathered pace until finally spilling out of her just as the waiter slid two tiny cups of rich espresso coffee in front of them

“I thought this was a date, date, Alex?”

“Umm, well yes, I thought so too” He replied

“Now wait a minute” he snapped back angrily “That was you who said that, not me”

This last question was greeted with silence. Lifting his coffee cup to his lips Alex took a sip of the dark syrupy coffee before slowly returning the cup back to its tiny matching saucer. All the while his eyes never left hers and she could see quite clearly that he was trying to work out what the right answer was.

“Yes what, Alex? I want to hear you actually say it”

“Yes I want to put my dick in you, as you seem to like to phrase, among other things”

“Like what?” Grace leaned over the table towards him “What exactly it is that you want to do to me”

“Shall we get the bill,” suggested Alex, “maybe we should continue this conversation elsewhere”

“No, I want to finish my coffee, tell me here, in this room full of people. ”

“No, it’s a request, but if it’s too much for you we can get the bill and call it a night”

“I want to kiss you until your lips are bruised and sore. I want to reach up under your skirt and tear your little panties from your body leaving little friction burns on your thighs. Later on your will cry out as I drag my nails across those hot little marks. I want to hear you moan and beg and plead and whimper. I want to taste you, I want to touch you, I want to know what makes you cum and do it to you over and over again until you are raw and weak and then, and only then, do I want to put my dick in you”

Not only did his reply silence her but the two or three tables nearest to them also seemed to have abandoned their conversations in favour of listening to theirs. In an instant the dynamic between them had changed and now he was the one the taking the lead.

Alex indicated to the waiter to bring the bill and before she knew it he had paid and was reaching out a hand to her and leading her from the room. As she stumbled behind him she did just catch the women at the table behind them saying to her partner in an accusing tone…

“If only you still spoke to me like that”

Out on the street he lead her into the tiny alleyway at the side of the restaurant. Gathering both her wrists together above her head he pinned her up against the wall and proceeded to kiss her with such passion and hunger that she quickly forgot where they were so that when his hand travelled up under her skirt and he roughly delved into her panties the whimper she gave out was not of protest but of welcoming relief.

Grace came there, on his hand, in that alleyway, panting and breathless, her legs shuddering at the force of the spasms that flowed through her pelvis.

Does it feel like a date, date now Grace” he whispered into her ear as he wiped her juices across her mouth and down her neck

“It’s getting there” she replied

“Still the smart sassy mouth” he laughed “So shall we get a taxi?”

She pretended to be pondering his offer which made him sigh with mock frustration.

“Definitely a cab I think, I am intrigued to find out if you can actually deliver on that description you gave back to everyone in the restaurant.”

The next day as she settled back at her desk Grace gathered up all the papers concerning Alex’s project into a folder and dumped them into the tray marked ‘On Hold’ but unlike all the other files that languished the dull ache between her thighs told her that this one still had potential.

I had problems too 🙂 But this is oh so good.

I like her sass, though I can’t help but feel sorry for him. Still, his reply of what he wanted…so good

Oooh, I loved this! I know you said you weren’t that happy with it but I think it’s awesome – it’s Grace’s character that totally makes it: I love reading stories with badass women, and the dialogue reminds me of badass people I have known. It’s a bit like hearing a kinky friend recount a hot date =)

Molly, I loved this!! Like others above me, I enjoy reading about strong and sassy women, and even more I like men who can give it back to me in spades. This was hot.

I understand that the name could be a hard starting point, but I have to agree that you did very well with it. A great story. I bet their second date was interesting 🙂