Everyone Needs a Good Wank! 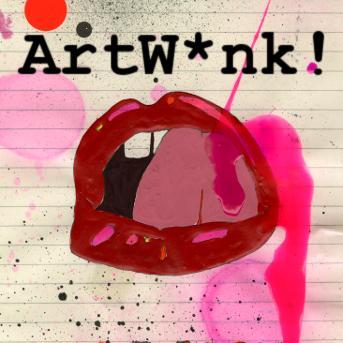 At the end of the show they then went on to explain that their show had been given a much coveted spot at this summers Edinburgh Fringe Festival, which they had of course instantly snapped up. However as with most artists they were operating on a tight (insert the words non-existent) budget for this project and so were about to launch a crowd source funding video to try to raise some much-needed funds to actually get them to Edinburgh.

What is Artwank all about?

OB: ArtWank is a bonkers meeting between cabaret, vintage pornography and historical research. We have spent the last 18 months researching the history of smut, producing events and parties and inviting sex industry professionals to give lectures on their work and experiences. It’s an interactive affair and we have now developed an hour-long comedy show to tour with so we can meet even more of the wonderfully diverse people who seem to be attracted to the same sensibilities and progressive attitudes to sexuality that we are.

What inspired you to start this project?

However, I find that the flawed nature of the performances and filming techniques in the footage that we show is much more revealing and endearing than much commercially produced material at the moment. I like to see happy humans having fun, as do the millions of internet users choosing amateur over commercial footage at the moment.

So tell me about Edinburgh fringe and the fund-raising you need to do?

OB: We’re taking our show to the Fringe because we want to attract opportunities to tour and to expand. It’s going to be hard work (I have done the Fringe 5 times before and I know exactly how it beats your body to a pulp) but I am very proud of the show we’ve made, and I hope that our current fans and supporters like what we have made. It’ll be exciting to bring something potentially controversial to the Fringe and see what a wider public makes of it.

We’ve always kept our ticket prices low and paid everyone who has contributed performances to the shows so we haven’t made much money despite sold-out houses and winning awards! The reality is that we’re making the show by commuting weekly between London and Weston-super-Mare and we just can’t afford to fund the whole Fringe run by ourselves. We’ve made a brilliantly silly video with our friends Lexitricity and Aeon Media (they lent us an incredible kit to play with!) and have launched a crowd-funding campaign on Sponsume that people can donate to and win ace prizes.

What are your future plans for Artwank?

OB: Aside from touring the feature show, we want to put to use all of the research and stories that we have gathered over the course of the project; I’m thinking about putting together a book. We have also been offered the most amazing opportunity to programme our own festival for a week at Marylebone Gardens in London. We want to bring together all our dirty cabaret friends with some intensive workshops and experiments, and loads of art, parties and exciting partnerships. 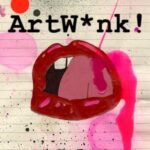 So dear readers for once I am asking for YOUR help. Pervy artist need YOU! Without funding these guys are going to seriously struggle to get to Edinburgh let alone sustain themselves and their show for a whole month in what is undeniably a beautiful but rather pricey city.  Just a measly £5 donation will get your name and image in  Patrons’ Hall Of Glory on the ArtWank website, which sounds like damn cheap advertising to me and of course the more you donate the more Artwank will honour you in return. The only thing I am not quite sure about is how much you have to donate to get Ophelia to come round and sing you filthy songs in the comfort of your own front room but I am sure it is possible…. This is your chance to support an innovative and exciting art project in it  infancy and who knows maybe Artwank will soon be coming to a theatre near you…. has to better than another Andrew Lloyd Webber musical surely!?

To find out exactly how you can donate to this project and  the exciting goodies they have in store for you if you do then click on the link below. Go on, you know you want to really….

Such a shame I am nowhere near Edinburgh to witness this myself!
A wonderful initiative and I really enjoyed reading the interview.

*scrurries off to find some spare pennies*