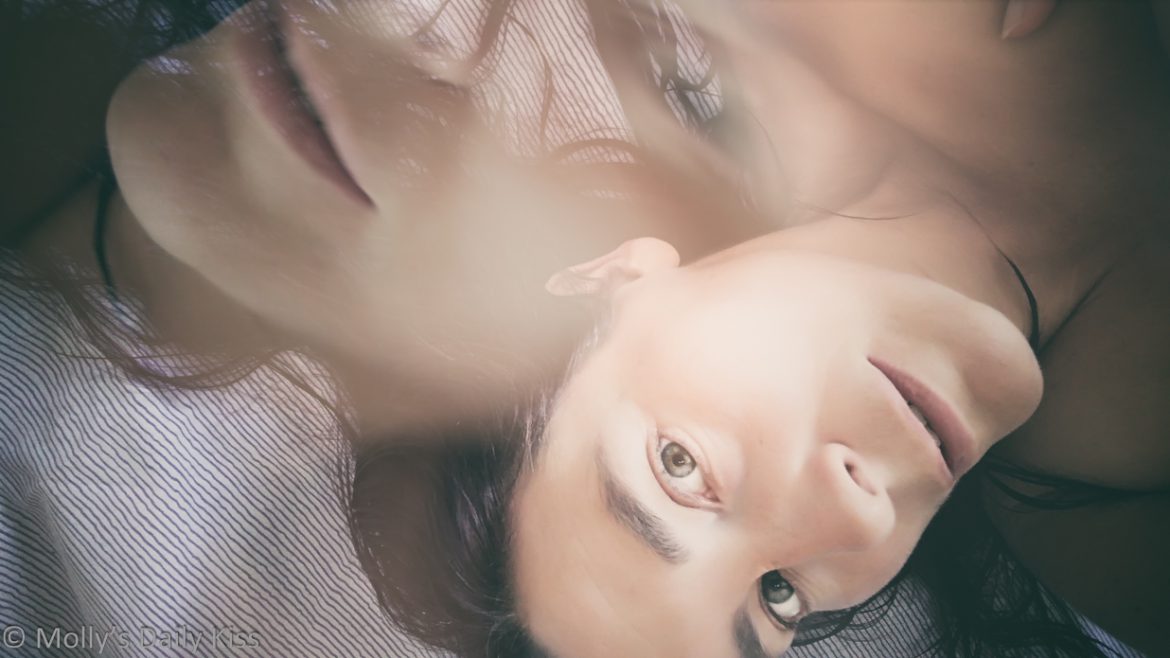 No this is not about a kinky dress up party or role play doctor scene but another post in my series about the menopause and Hormone Replacement Therapy (HRT). You can find all my posts on this subject under the Menopause category. Also just a little note to say that I have used the woman/women in these posts as that I how I identify but that the issues and things I have talked about here relate to anyone who has a womb/ovaries regardless of their gender.

As I wrote in Ageing and Changing last April the only real peri-menopausal symptoms I had was that my periods had become irregular and for the most parter shorter in duration when I did have them. Also over the last few years I have like my sex drive/libido was more than ever before. I have read that can also be a symptom but I have always had a high libido so I didn’t think that much of it. Until it started to change in the opposite direction.

As the summer continued I started to notice other things. Again as I said in Ageing and Changing my mood and emotions started to be far more erratic. I increasingly felt emotionally raw and fragile. Crying easily, feeling sad and overwhelmed and also anxious. I have never really been a hugely anxious person but anxiety, often unexplained anxiety, started to be a regular feature for me. Some days i would just wake up with it, this sense of doom or foreboding that would at times make it a challenge to get out of the bed because I felt some semblance of safety there. It is one of the symptoms where you definitely find yourself going, what the hell is wrong with me? Am I completely losing my mind.

At first it would come and go, a day or so here and then back to normal. Then if I got my period I would feel better for a week or so but then it would come back and the more I didn’t have a period the worse it seemed to get.

But you know, am women, will power through (or some nonsense like that)

Then as the early autumn came along so did the night sweats. I was mostly fine during the day. I had the odd hot flush moment but really in the course of 3 months I think it happened like 3 times but at night I started waking up multiple times a night. Firstly because I was sooo hot, pouring in sweat etc. So I would throw off the covers and obviously fall back asleep only to wake up again an hour so later cold. And so it went on. Again like the other symptoms they would happen for a week or so and then go away.

If you are in the UK you may have heard or even seen the Davina McCall documentary about her experience of the menopause and HRT. I didn’t watch it. I was still, at the time, adopting the, I am fine, I will sail through it approach. However the result of that documentary was that there seemed a lot more information about the subject online. I kept stumbling across articles which led me to start following some menopause specialist and doctors on Twitter and from there I started actively doing some reading and research. The result of that was I had questions and no matter where I searched I couldn’t seem to find any answers and so I decided it was time to go and see my Doctor

I was very lucky at the time as my then Doctor (I have since changed due to moving) had a specialist women’s health nurse who deals with all the contraception and HRT stuff. She was the lady who helped my daughter get her contraception sorted out so I knew she was good and knowledgeable and nice.

I told her where I was with it all but I will admit that i think I played down my symptoms. I don’t know why I did that at the time. Maybe still part of the, powering through/head in sands mentality. I told her I wasn’t sure I wanted to take HRT. That I was worried about breast cancer but also hormones in general because in the past hormonal contraception and I had never got along. In fact quite the opposite. So I was worried HRT would be the same.

She reassured me that it is very different from contraception that is effectively changing your normal hormone levels/patterns as HRT is essentially replacing them, thereby returning them to what they once were or something similar.

She also talked me through the breast cancer risk. I won’t go into it here as there are tons of information online but long story short the study that created that link has since been shown to be floored and that the risk of breast cancer is actually very small and in fact for some forms of HRT there is absolutely none at all. I recently saw another sex blogger who was writing about menopause and HRT peddling the breast cancer myth and I urge you not to take that as fact. Do you own research, talk to medical professionals. Get good advice so you can make an informed decision.

The other questions I had for her were

“Is there a ‘right time’ to start HRT. Like if I leave it too long will have missed my chance?”

Basically the answer was, if I came back at 70 and wanted to start then she would probably say I miss the boat but a whilst you are going through peri-menopause and even into menopause then no.

“What if I hated it. Could I just stop or once you start you have to keep going?”

The answer was you can absolutely stop whenever you like but she also said if I didn’t like it she urged me to return and chat about why as there are multiple different options and so it might be the case of trying something different rather than giving up.

So did I leave her office with a prescription for HRT?

Sorry to disappoint but no. The reason is the nurse felt like my heart was not in it. She said she felt a little bit like she was talking me into it and that was not her job. She felt like symptoms whilst there was not bothering me that much but then she said two really wise things.

Thing One: She told me to go away and keep a daily diary for the next few months. She said just note down how you feel every single day. It doesn’t have to be lots just, my hands ached today. Or, felt anxious today. Or even, felt fine. Just a little note every day.

Thing Two: We as women spend a lifetime saying we are fine. We are taught to just get on with it, knuckle down, it’s just what it is to be a person with a womb. We are well practised at it. Keep the diary and see how you feel in a few months time.

I walked out of the room with those words ringing in my ears and I went home and did as she instructed. All I am going to say at this point is that it didn’t take 3 months of keeping that diary, more like 3 weeks, before I was phoning up to make another appointment to see her.

More on that in my next post on Saturday.

Keeping a daily diary is always a great way to take an accurate pulse of a situation. She was wise to recommend it — obviously it showed you what you needed to see to take your next steps.

Yep, she definitely knew her stuff. It worked brilliantly

I’m definitely going to start a diary. Thanks so much for this x

I hugely recommend it. It really did help me to see the bigger picture and not just keep ignoring it