A to Z Blogging Challenge 2022HRTMenopauseMenstruation 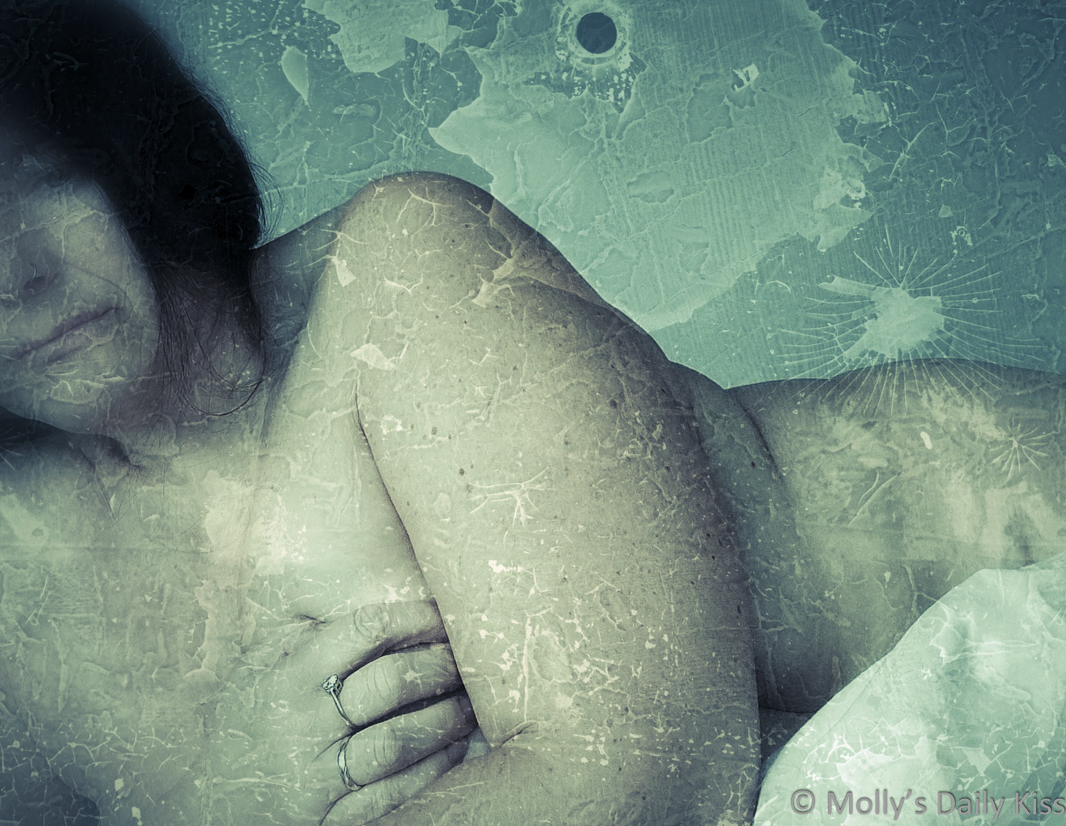 This post is the first in a series I am planning to write about my experiences with ageing, peri-menopause and hormone replacement therapy.

“Our mothers were largely silent about what happened to them as they passed through this midlife change. But a new generation of women has already started to break the wall of silence.” ~ Trisha Posner

I have always feared the menopause. My sexual self has always been such a huge part of my life and my identity that I was scared I wouldn’t know who I was without it. Why would I want to lose something that bought me so much joy and happiness? During my mid forties I largely ignored the subject. Everything was fine. If I didn’t pay it any mind perhaps it would just be a non event.

The menopause had always been something that I knew was a change, a problem. You went off sex, your vagina and vulva became dry and sore. Hot flushes. Night Sweats. Mood Swings, Tiredness. Feeling old, looking old, being old. It all sounded so awful, so scary, so not me. That is mostly what you hear about it. No one ever really seems to talk about it in a positive light. My Mother certainly never did and the other women her age who I can remember overhearing having conversations when I was in my teens. The quote above really resonated with me and I think it is a large part of why I have feared it and ageing all these years but recently my experiences have made me realise that ignoring it won’t make it go away and that embracing it and talking about it is much much better than hiding away.

I have been planning these posts for a while but I wanted to get further on in my peri-menopausal journey before I started writing them so they came from a place of experience and more knowledge than from a place of, what the fuck is happening to me and what should I do? Both have their merits so if you are writing about your experience more from the latter than the former then go you. I just needed time so sit with things before I felt like sharing.

Last year during the A – Z challenge I wrote this piece called Late, about how peri-menopause was causing my periods to be erratic and as a result I kept having panics that I might be pregnant. At the time I said I that I didn’t really have any other peri-menopause symptoms and that was absolutely true. I had a fantasy where everything would just stay the same and my periods would just fade away. Oh how wonderful that would be.

But also mostly completely unrealistic. Obviously there are some women that really do just sail through it but it is very rare for people to not have at least some sort of symptoms and for me they seemed to start out as not much of anything but eventually that changed.

During the summer I started to notice that my hands and feet where stiff and sore. Again it started as a little niggle but over the space of about 3 or 4 months it got gradually worse. In the mornings in particular they would feel tight and my grip felt weak. At the end of the day I would sit my feet in Michael’s lap asking him to massage them because they hurt so much. Gradually though it spread and I started to notice that I my shoulders, back and hips would ache too. It made me feel ‘old and creaky’. Urgh ageing.

During that time I also noticed that my emotions were raw and unsettled. It was like having the worse PMT for sometimes days on end. I would be tearful and fragile. of that coincided with me going through a fairly horrible time when it comes to break-ups and grief so at first I put it down to that but again over time I started to feel like maybe something else was awry. Was I depressed? I felt it, I felt absolutely wretched more days than not. I I was starting to feel like I didn’t know who I was any more.

The thing is none of this stuff happens over night. You don’t suddenly wake up and are like, ahhh peri-menopause. It is time to seek help. It is gradual, a little thing here, something else there. Is it even really happening or am I just imaging some of it? Am I losing my marbles a bit? I keep forgetting things. Finding it harder to concentrate but then I have been going through a fucking shitty time so obviously it is that right? I found myself explaining it away.

Looking back now I realise I was still in the denial phase. It’s not ageing and changing that is the issue it’s just life, heart-ache, the pandemic, all the things we worry about, money, family, health. It’s all just a bit overwhelming. I just need to muscle through it and everything will be Ok.

I also think there is something about it that made me so scared that no one would ever want me any more. That might sound silly and maybe superficial but being desirable feels good and nice. Why wouldn’t we want that? Somewhere in my brain society had taught me that desirability was about youthfulness, ripeness, creamy wet nectar that you want to taste. Not something society tends to portray older women as. Wrinkles, sagging skin, dryness, aching back, tiredness…. yep, definitely not sexy.

Ageing is a cruel thing really. In your mind you are still 30 but your body is like, umm not so much. You can try an ignore it but in my experience that didn’t seem to be working or embrace it and find out what this new chapter in my body looks and feels like.

So that is what I am trying to do and that is why I have decided to write about it and share my experiences of ageing and the menopause so that in the future the above quote is hopefully not something my daughter will ever identify with and maybe if there is anyone out there who like me is scared of what is to come these posts might help demystify some of it and also reassure you that you are not alone and there is help out there.

For now I shall leave it there but next up will be more about my symptoms and my experience of going to the doctor.

Nice post and it is great to see a woman sharing her experience of age-related changes.
James x

Hi James. Thanks for leaving a comment. I have removed the link to your post that you left because it does not really feel relevant to my post at all and also is a man telling women about their sex drives and bodies which is really not something any women needs. Hope you understand

I’m so glad you are writing about this as a topic because as you say it is something that for so long was left unsaid. I’m really interested in your experiences of pain and stiffness as that’s one of the things the tablet I take to extract oestrogen from my body causes. Looking forward to hearing about your trip to the doctors next. xx

I really was surprised how achy and stiff my joints where, especially my fingers and feet. It took months to really come on and so is taking the same to go away but it is much better with the HRT

I think it is so important that people going through perimenoapause start talking about their experiences. I wrote a bit about it when I was going through it. My biggest obstacle was that it did kill my sex drive for a while. I’m glad to be done with PMS and having periods. I still struggle with the aging process though. I don’t recognize the person I see in the mirror. I certainly don’t feel as “old” as I look.

Thank you for sharing your experiences and I look forward to reading more.

Ahhh yeah, I get the not looking and feeling the same age. It is the worst part in my opinion

I am glad you are writing about this — it’s a topic that needs more representation, and while menopause is a universal experience for women, it is also NOT; *how* we experience menopause is widely varied, so the more women start sharing their experiences, the better equipped we will all be to manage those experiences!

I completely agree. There is no one universal experience but a huge variety. I hope that these posts will add another experience that will maybe help someone to feel so daunted or alone when it comes to the menopause

Thank you for writing this, I’ve just shared it with my sexy, late 40’s wife. I see some similar symptoms in her, which we thought was just the old… age catching up.

I have chatted online with a couple of women who’ve said their libido increased dramatically during menopause… to the point they couldn’t think about much other than sex oftentimes. That was rather surprising to me, as all I’ve ever heard about menopause is that it’s a universally terrible thing, which results in a libido crash, dryness & hot flushes.

I look forward to reading more about your experience.

Yes I definitely found my libido increased during my late 40’s but then all of a sudden towards the end of last year it really seemed to dip.

[…] Ageing and Changing Molly is starting to tell the story of her realisation and acceptance of reaching the peri-menopause. I’m looking forward to following her journey. […]