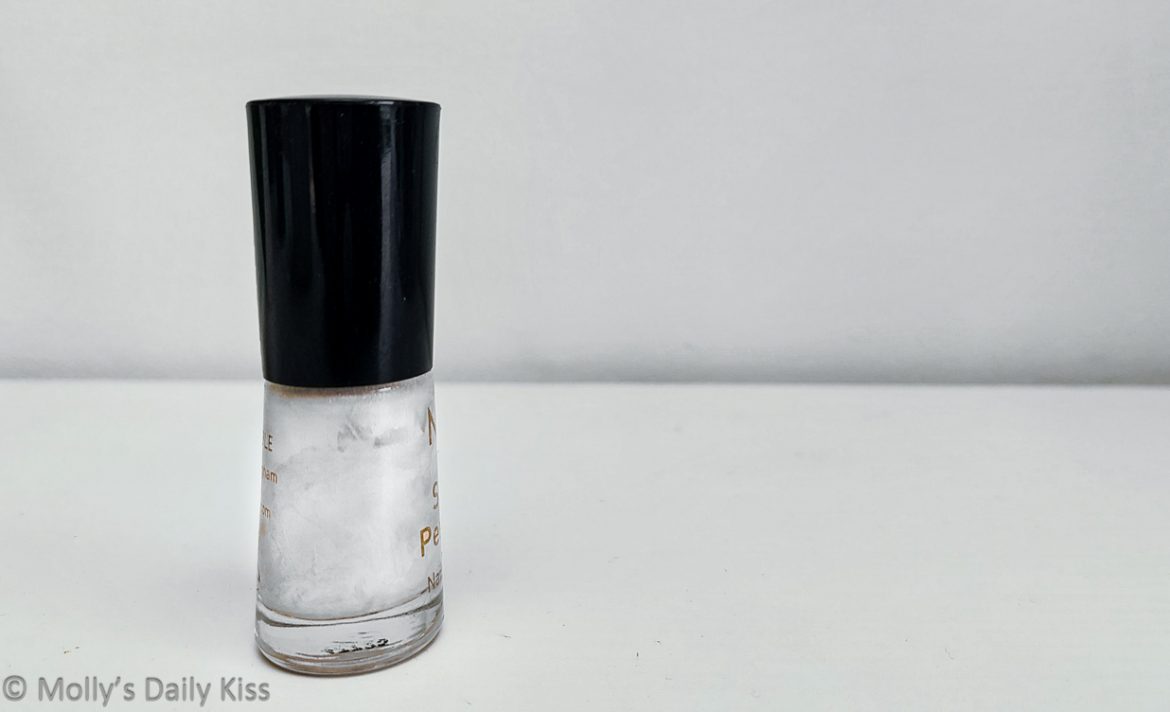 Every now the then a story pops into my head almost fully formed. This one was inspired by the Kink of the Week topic which is Painted Nails. What is the colour of your nail varnish was called Surrender?

There would, of course, be time for his input. For him to tell me what he likes and does not like. He would get to express his desires, actively encouraged to do so in fact, especially the deep dark ones that he has been hiding for years. Those I would relish when he finally felt able to bring light to them by sharing them with me.

And so when he suggested we get a hotel room I declined.

“Oh but I think I am” he had replied with a shy grin.

“No. You are not.” I responded firmly and he slumped back into his seat with a sigh.

I let the silence sit between us. Would he nag and beg or would he take my word? The first response would mean we were further away from him being ready than I thought and the second would mean I was right in that he was not ready quite yet. But soon.

Our food arrived. As the waiter lays each dish down and asks us if we need anything else I keep eye contact over the table and so does he. Even when I tell the waiter we are fine and thanks him I don’t break eye contact. Then I reach for my knife and fork and take the first mouthful of my food. I smile. It tastes good but also he is waiting. Watching me eat. Yes we are close. He is close.

“You may eat” I say before I pop the next tasty forkful into my mouth.

At the end of the night he still has not returned to the subject of when. I am pleased. He is learning. I reach into my handbag and take out a bottle of nail varnish and push it across the table to him

He gives me a questioning look.

“When you truly ready to give yourself to me. To let me take you as I see fit in all the ways I desire and for my pleasure then paint the nail on your baby finger on your right hand with that. Think of it like a white flag. A signal that you surrender.”

How will I know when that is? He asks as he picks up the bottle and turns it over in his hand. I mean, I want to paint it now but you said I was not ready”

And you are not. Simply by the fact that you asked me that. Right now you want to but there is a jittery eagerness to it. There is no surrender. You are driven by the ache in your balls. You just want it. Hard and hot and you will take whatever just to ease that ache but that it is not surrender that is scratching an itch. When you are ready. You will not need to ask me because you will be utterly confident. You won’t have down cast eyes, or be imaging kneeling at my feet as you coax yourself into the moment but you will be confident, bold, you will hold my gaze. You know because it will make you feel powerful and strong.”

I could see him taking it all in. Absorbing every word I had just said, turning it over in his mind. There was a flicker of understanding in his eyes but something else too; Lust, pure and raw. It oozed from his pores. I leant forward and took his hand, bringing it up to my face. I breathed him in, just for a moment.

We had a number of others dates after this. A couple of dinners, a late breakfast one weekend after meeting at the park. I spent the time unmasking him. Pealing back the layers of him, slowly, lovingly and whether he knew it or not he gave more and more but as time past I started to become the one who was impatient. Every time we met I would checkout his nails to see if today was the day that he would be wearing the white varnish.

At first I was happy when he was not. I knew now he understood. That he was taking his time to be sure but also I realised that he was relishing this slow seduction as much as I was. Things flowed between us more and more as time went on until eventually I knew he was ready, but did he?

At one point I almost found nearly myself asking him if he remembered what I said about the nail varnish but then I realised if had indeed forgotten he was definitely not ready and never would be and I was fairly confident that was not the case and so I waited for him to come to me.

We were having dinner again. It was late on a Friday. I had booked a hotel in anticipation of him finally turning up with his nail painted white. I had not told him that obviously. But I was confident. He was there before me, waiting, just how I liked him to be but when I settled into the seat opposite him disappointment and irritation surged through me when I saw that yet again his nail remained untarnished by the white nail polish.

How very disappointing. I thought to myself. Had he lost his nerve completely? Was he just playing with me now? If so then it was time to end this because that didn’t work for me. I thought about confronting him but there was something about him on this evening. Something different. He felt like mine. Why couldn’t he feel it? Why was he not wearing the nail varnish? He seemed so confident in his place opposite me that I let it go and just relaxed into enjoying his company and his attention.

After the dessert he excused himself to go to the bathroom. I watched him walk away and a part of me wanted to follow him right into the bathroom and have him there. No foreplay, no words just lifting my skirt, sitting up on the counter and pulling him into the heat of my need and using him to make myself come. I shifted in my chair. The thought of using him like that somewhere public made my cunt throb.

“Damn him” I thought to myself. Time for me to step away and I indicated to the waitress to bring me the bill. I paid and was just about to leave when he came back. As I rose from my seat he retook his. I gathered my purse and my coat and turned to bid him goodnight but that was when I saw it. His hand was laid causally on the table in front of him and the nail on his baby finger was painted white.

Finally, surrender. I thought to myself as I turned and walked away utterly confident that he would follow me.

Getting to know you