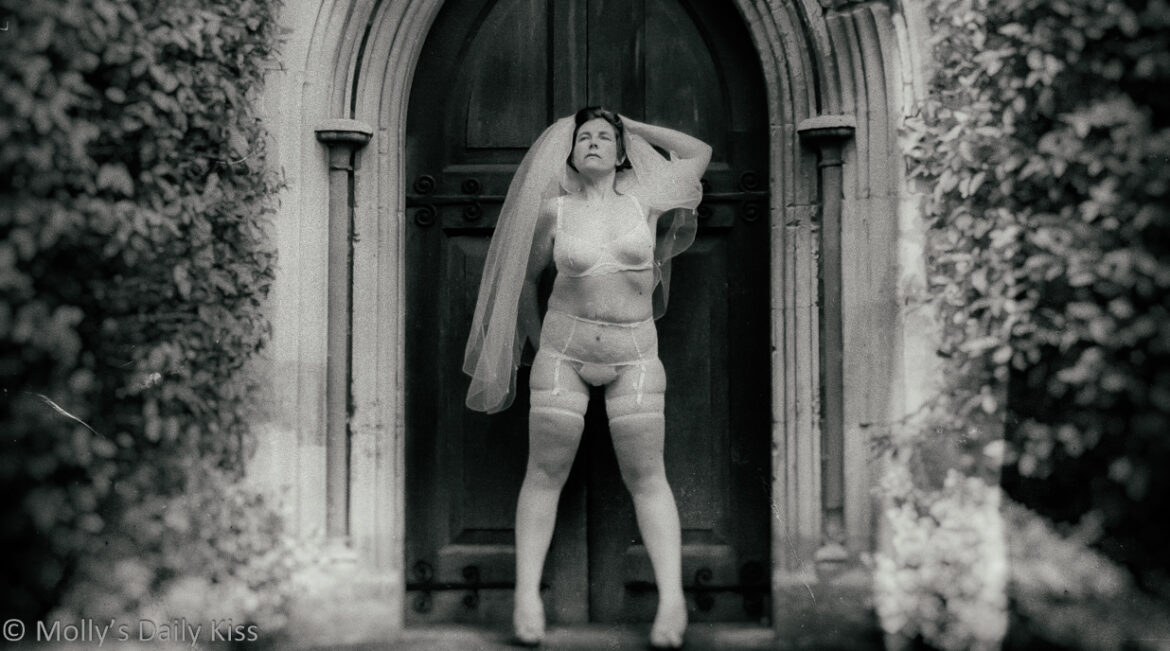 “Bride: A woman with a fine prospect of happiness behind her.” ~ Ambrose Bierce

As has become tradition during February Photofest Thursdays are Throwback Thursday where I take an image that I have previously published here on my blog and re-edit it.

Over the years it has been an interesting experiment. Of all the images I have re-worked I would say about half of them I have ended up liking the new edit more and half the original edit remained my favourite.

What makes one better than another? Well that is such a personal thing and varies from person to person. Which has been the other interesting aspect to Throwback Thursday; learning which edit others prefer and why?

This weeks image was original published back in 2014 alongside a story that I wrote called Mother’s Ruin which I am still insanely proud of to this day. Content warning though, the story touches on the subject of incest.

When I was looking through my folder for pictures to re-edit I actually thought I had done this one before but turns out I had not which seems an oversight because it is an image that has potential for a few different edits. In the end I settled on this wet plate style edit which I have to say I absolutely love. Better than the original? Maybe but definitely dramatically different and I like that outcome.

Oh and if you are wondering about the quote… Yes I maybe a tad cynical about the institution that is marriage.

This photo is just so YOU. It’s a naked-in-a-church (naked *near* a church?) shot but it’s also sexy and kind of creepy and hella powerful. I’m so into it and it’s such an incredible photo.