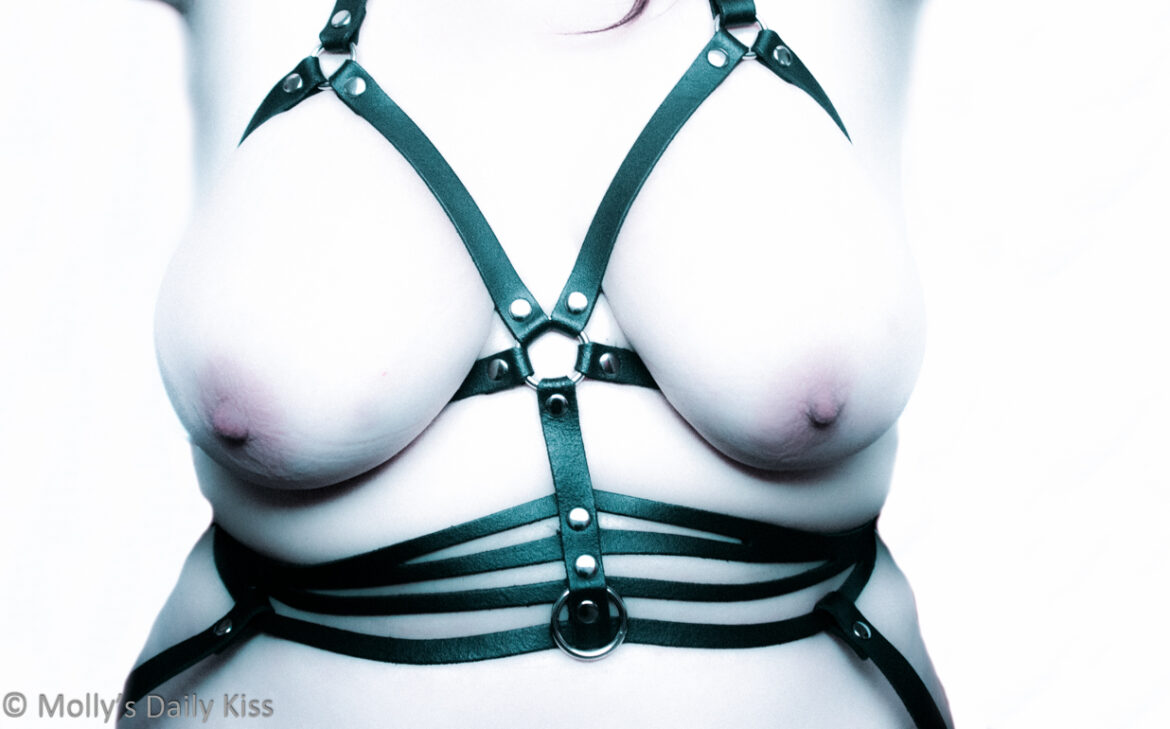 I have decided to declare Friday’s during February Photofest as Friends round Friday. There are 4 Fridays in this short month so that means four images that I have taken of other people.

Once Covid is improved I would like to try and make this a more regular feature on my blog but clearly meeting up and taking pictures of people is a bit out of the question at the moment.

Luckily last year I did have the pleasure of photographing two people and I still have some unpublished images from my summer adventures the previous year so Friends round Friday it is.

Starting with the beautiful Honey. I asked her if she wanted to pick the image I used and she told me to pick my favourite. That turned out to be way harder than I thought and I have cycled between 3 different images but eventually I settled on this one.

I love how this came out when I edited it, the contrast between the dark leather and her porcelain skin is just so striking and then there is that little wisp of her hair. I actually tried edited it out as I thought it was a distraction to the symmetry of the image but in doing so I discovered that the little wisp of hair somehow brings the image alive.