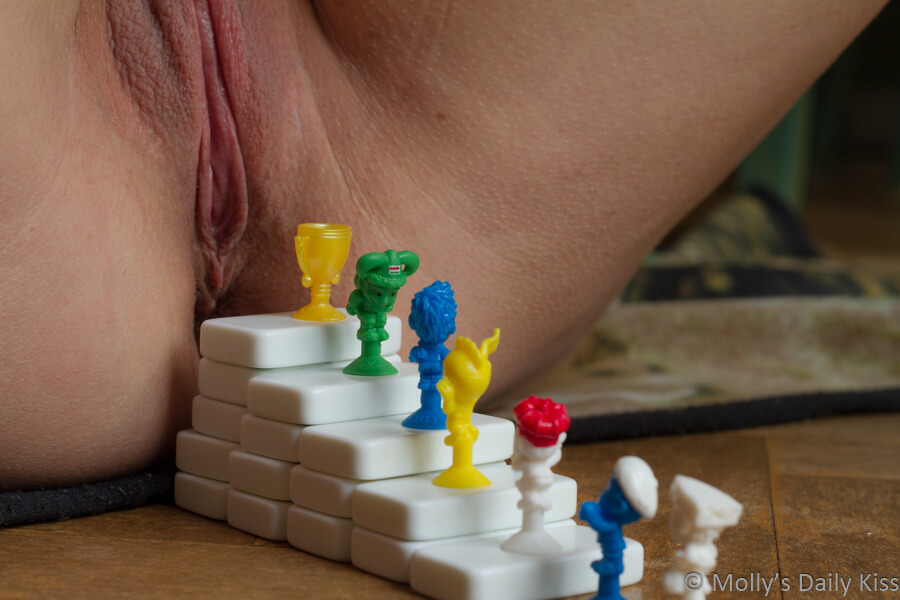 On a recent trip to Lidl the man at the checkout asked us if we were collecting Stikeez. We had no idea what they were so in the absence of any real knowledge said sure. We had spent rather a lot of money and as a result he passed over a large handful of tiny packages and we headed home. Once the shopping was away we cracked open one of the little packs to discover that they are part of collectible set of little figurines to mark the European Football cup (Euro2016) that is set to start in Paris later this month and they called Stikeez because they have little suction cups on the bottom so you can stick them to glass, metal etc. I offered them to my kids but they seemed uninterested and so I set them on the side planning on throwing them out later that day. However the next thing I know a certain someone with a wicked glint in his eye informed me that for now, he was keeping them because he had a photography idea he wanted to try.

Yesterday morning he set up his scene and then summoned me to take up my position. I duly did as I was asked and once he had everything in place I clicked the button on the remote control while he moved and placed the toys. The result…. well see for yourselves but I think his idea turned out to be rather fabulous!

Heigh-ho, heigh-ho
It’s off to work we go
We keep on singing all day long
Heigh-ho

On the Other Hand

A cascade of hair

Heeeee! That is brilliant!

OMG! That is too funny! I just spat wine over my keyboard!

Oh, this is much fun. I nearly corrupted Lego in a similar way but decided not to.

Love this SO MUCH! How creative and funny and sexy, all at the same time!

Hell that made me laugh – thank you

Now that really is fun!

That will have me laughing for days!! Absolutely brilliant.

OMG I am drinking Prosecco and nearly ejected it through the nostrils, what fun!

OMG this is toooo funny!

Oh my gosh, Molly, this is absolutely fabulous. It had me chuckling but also continuously looking at the image to watch those figurines disappear into your pussy over and over again! Brilliant!

Oh god that made me laugh! What a deliciously warped mind your crazy hubs has! I just love this!

Brilliant! But what are they doing in there?

Oh my lord, you are amazing. This is why we all love you.

I do like that. Really made me smile and laugh. Well done Molly!!! xx

Brilliant indeed ! Witty & sexy – what better combination could there be?

What a HOOT! Now, if only we could get this image to the bloke that donated these!!!
I’d love to see the look on his face.

This surely must win some kind of prize. Tell the ‘certain someone’ it’s got my vote.

This may be my favorite sinful Sunday pic EVAH. LOVE IT

HOLY FUCK this is amazing!!! If the dwarves are miners, then… what are they mining for inside of you?! This is really, truly genius.

I want to be one among those young soldiers

Oh, how fun! We let the Duplo figures out for some fun this weekend.

Just brilliant.I like it very much.I am sure was great fun setting up the scene :).

That is so cool! Did you use stop motion?

It is indeed a series of photographs

Oh my goodness, the man is a genius! Maybe we shouldn’t tell him that though ;-p

Brilliant! Sexy and fun, all in one.

Oh yes! This is just my type!