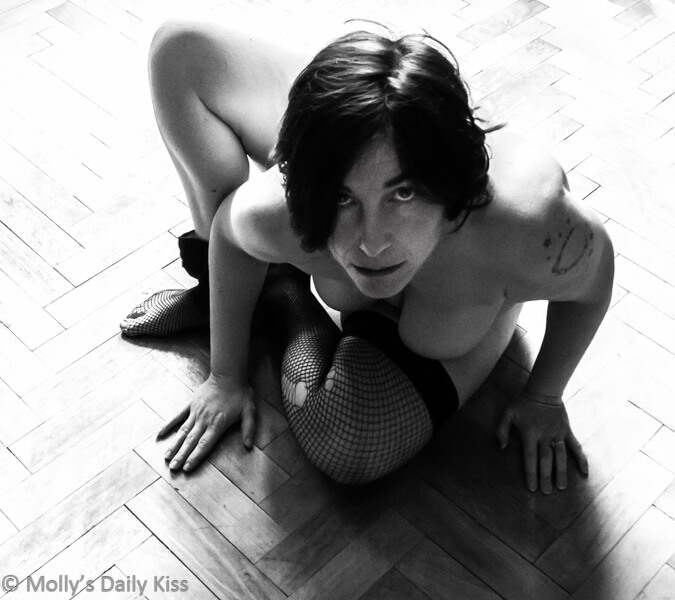 I am writing this in response to Jerusalem Mortimer’s two posts. One a Sinful Sunday where he used the phrase “Submission can be so simple” and then his follow-up post to that: What do you mean, ‘submission is simple’? In which he expands on what he meant by that original phrase. I will give you a moment to go and read if you have not already done so.

Now I can see that in the moment shown in the first post that using those words within the context of their D/s relationship works for them and I think that is the key to this and all kink/sex related topics is to remember that just because it works one way for you, does not mean it will or should work for someone else. Your kink (and how you view your kink) is not my kink but your kink is OK, is a phrase that I always try to keep in mind when writing about these subjects.

There are many female submissive bloggers out there, many of whom I read and quite a few of whom are dear close friends of mine. We all identify as submissive and in many cases lots of aspects of our submission and our D/s relationships have strong similarities with one another and yet I know full well that Kayla’s submission is not the same as mine, nor is Rebel’s or sub-bee’s. What those words mean to each of us, how they are played out in our relationships and what things we need and desire from our D-type partners (and they need from us in return) have both strong similarities and wild differences. Like so many things there is a spectrum and I believe that where ever you are on that D/s spectrum, if it works for you, is both right and true.

When I read Jerusalem’s follow-up post I understood that in much of it he was talking about the specifics of how things are between him and his girl and yet I still came away feeling like he stood by the statement that submission is simple as a universal truth to some degree or other and I don’t think that is the case. I know that is not the case for me and that makes me worry that there might be some new inexperienced submissive or even someone who has been doing it for years who reads something like that and immediately feels like they are ‘not really sub’, or ‘not a good submissive’, or ‘not doing it right’, because they don’t find it simple.

I don’t think being submissive is simple, I don’t think it is an easy thing to learn to accept that about yourself, especially in a modern world that, rightly, teaches women to be strong, independent, capable, people. Likewise I don’t think being Dom is simple either but that is a post for another time and probably another writer. Discovering that you get off on almost being the opposite of the things society values can be a real personal struggle. I know it was for me. I own my home; I have raised two children pretty much on my lonesome and now I have to ask permission to have an orgasm? You got to be kidding me right? Why would I do that, agree to that, when I could have all the orgasms I wanted when I wanted them? In some ways the answer, when you discover it, is simple; because it fucking turns me on. Yet the struggle to reconcile those two things is real, and even when you know the answer, accept and even understand it that does not mean that struggle will not, from time to time, reappear.

In Jerusalem’s post he describes just one type of submission, one that I feel is focused on obedience and compliance and that is absolutely how it works for some people but for others, like me.. Yes there are moments when that features but as a general rule my submission could be described as almost combative. Again, not all the time as that would fucking exhausting for everyone and yet I think a little bit of resistance to it all always lingers in me. I want to get on my knees and suck him off, I really do, but when he tells me to it at the very least I will pause and hold his gaze waiting for him to say it again, demand it that bit more firmly and/or sometimes even need him to reach out and grab my shoulder and dig his fingers in as he pushes me down. I need that force, I need the power, and I need him to exert his will. It looks nothing like the compliant patient submissive kneeling on the floor, head down waiting quietly for him to do as he pleases. No, it looks more like a snarling, fighting, feral animal that needs to be cornered and held down until it can find that place of calm and acceptance and that battle for me is far from simple.

” So it’s only a  limited sense in which submission is simple. If you are the submissive, and your session is going well, and the dom and sub are in synch with each other, then the submissive’s choices are indeed simple. If the dom says, “bend over the table”, or “onto your knees,” or simply, “stay there, don’t speak and don’t move”, the submissive knows what he or she has to do, and does it.

Maybe for you but I read that paragraph and I will admit it makes me somewhat mad (possibly an understatement) and I find myself responding with “that is not fucking simple, maybe you should try it sometime, just give up all the control and do as your told. Simples” Argghhh, not fucking simple and to dismiss any complexity or struggle or difficulty on the part of the submissive with the word ‘simples’ implying that even an idiot could understand it so why not you, well that makes me mad. It is so damn dismissive of the role of the submissive within a D/s dynamic.

You think in that moment it is easy?

Yes the submissive knows what he or she has to do but doing it is another thing altogether, it involves letting go of an integral part of your human nature, your drive for independence that is vital for survival, the inner voice that is saying, “What the fuck are you doing bitch, get up of your knees and tell him to go suck his own fucking dick.” To silence that voice because you know that the truth is you want to be down here on your knees is not simple, well and here is the really important part. It is not simple for me!

I just don’t ever think it is simple. Despite what I have written above there are plenty of times when I do what I am told to do, no push back, no fight, just calm compliance and yet for me, it’s not simple. To say it is, feels blasé, somehow it devalues it for me because it is complex and sometimes difficult but there in lays its beauty. Yes there are moments of simplicity, moments of absolute clarity and peace, moments of ease, when I am floating on a high of pain and orgasms and all the fight and struggle and resistance is gone, banished from me by his dominance and my submission finding their place together but even then, even in that perfect blissful moment, it is not simple because if it were then anyone could do it with/to me and that is most definitely not the case.

I don’t want to give the impression that being submissive is some sort of magical power or that it is so complex that you are only doing it right if you make it so. My whole point to writing this piece is to say that what Jerusalem wrote might well be true for him and his girl but is not true for me and what is true for me may well not be true for you and all those different opinions are valid because they are the truth for us. D/s or being Dominant or Submissive is not some mystical powers that are reserved for those who have joined the right club and said the right thing, it doesn’t have to be complicated for it to be real and nor does it have to be simple but it does require commitment, communication, thought, learning, growing, evolving and understanding for it to be GOOD. The dance between us is the result of lots of learning and the steps to the dance constantly change as the beat of our desires guide us. It is complex and often hard. So anyone who tells me it is simple to just give yourself over to being told what to do and doing it might not actually have any idea just how fucking hard it is to pull down your knickers and calmly bend over the table knowing what is coming next and that saying it is simple sounds very dismissive of the level of self-awareness and strength required in the act submission and for that matter the complexity of a D/s relationship. 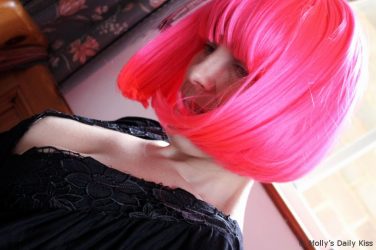 Look into my eyes Tell me what you see Is it weakness at your ... 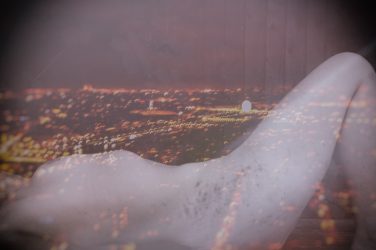 Hertfordshire December 2009 It is snowing, a rare thing in the UK. The kids ... 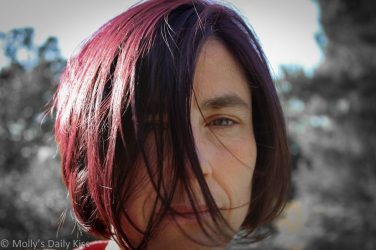 Once upon a time many years ago I had long dark locks of unruly ... 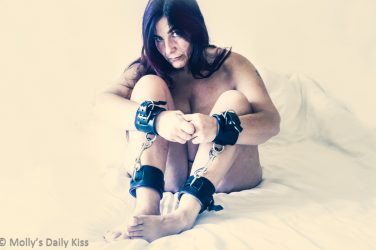 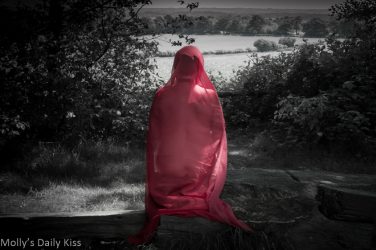 Once upon a time there was a young woman called Red, you will know ...