Two Pints of Lager and a Packet of Crisps 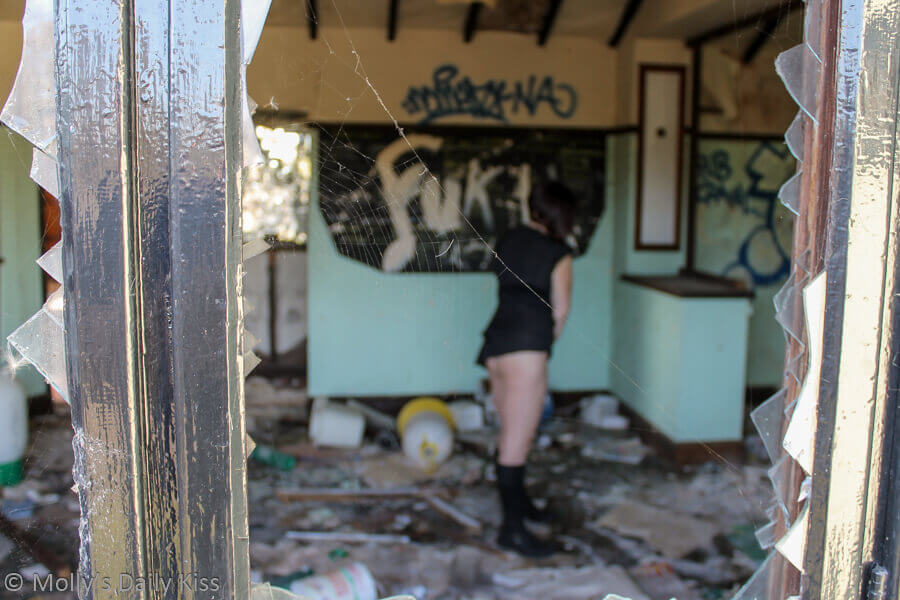 It has been a rather busy week and the result is that blogging and writing have, as is so often the case, taken a bit of hit. However, there are rules, self-imposed ones, but for me to feel to like I am not drowning in life they are best stuck too. One of those rules is that I post at least two original content blog posts per week once on Wednesday and a Sunday. When life makes that tough I tend to reach for my fall back plan which comes in the form of Scavenger Hunting. Luckily I have not had the need to dig into my reserves for a while now and so I had a few option to pick from but today I am going to share a set of images that were taken rather long time ago and for various weird (because sometimes I like to keep images until the time feels right) reasons I have never posted. This has caused much sighing and eye rolling on @domsigns part because he was very much the photographer on this occasion.

We were on our way to collect a treadmill that we had purchased for a bargain price on Ebay. It was located in a town about 25 miles from us and so off we set on a bright sunny day. Along our route we suddenly came upon an abandoned pub sitting right on the edge of a two lane highway. Traffic zoomed pasted but it was clear that there was no sidewalk or any other buildings nearby. Sadly we were on a time scale and had to continue on with our journey in order to collect aforementioned treadmill. Getting the damn thing in my teeny tiny car was a bit of a struggle but we managed it eventually and so off we set for our return journey. When we got to the place were the pub was we were now on the wrong side of the carriage way but a couple of miles on, we found a place where we could turn around. The car park for the pub was fenced off with concrete bollards and so our only option was to wedge the car into the bushes just to the side of the pub.

There is a reason I rarely leave the house without my camera, because you never know what you might find and this place is a perfect example finding something irresistible. 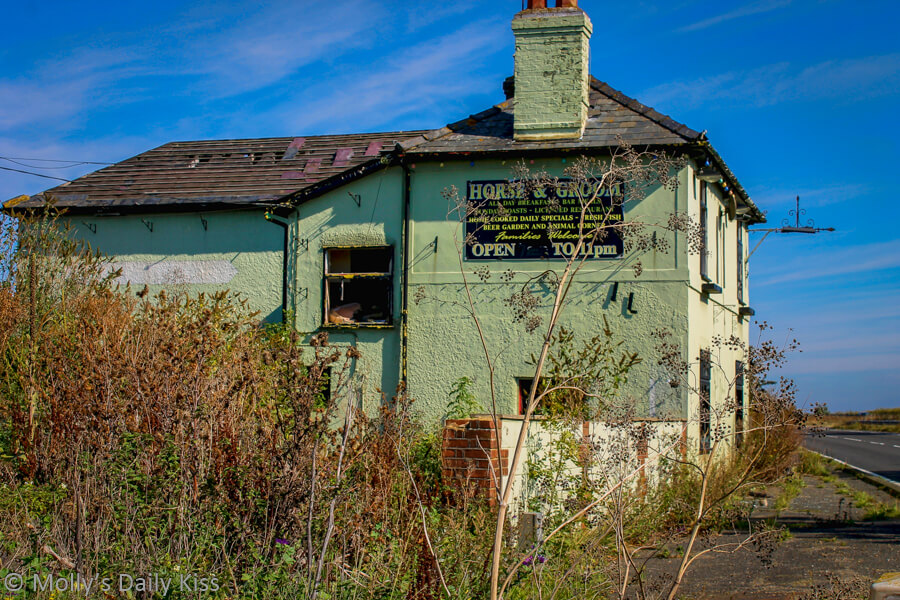 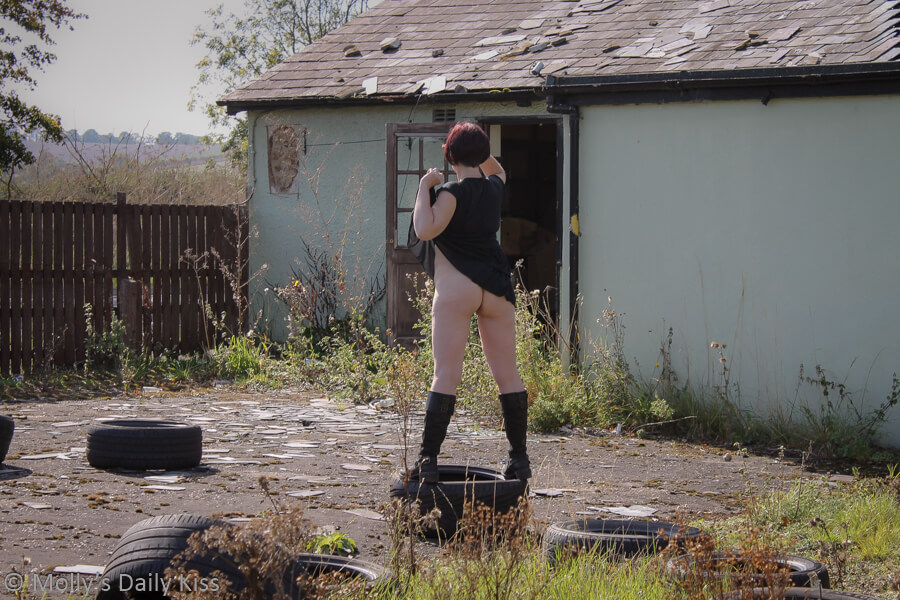 Once inside it was fairly obvious that this place had been sitting here, unloved, for a fairly long time. 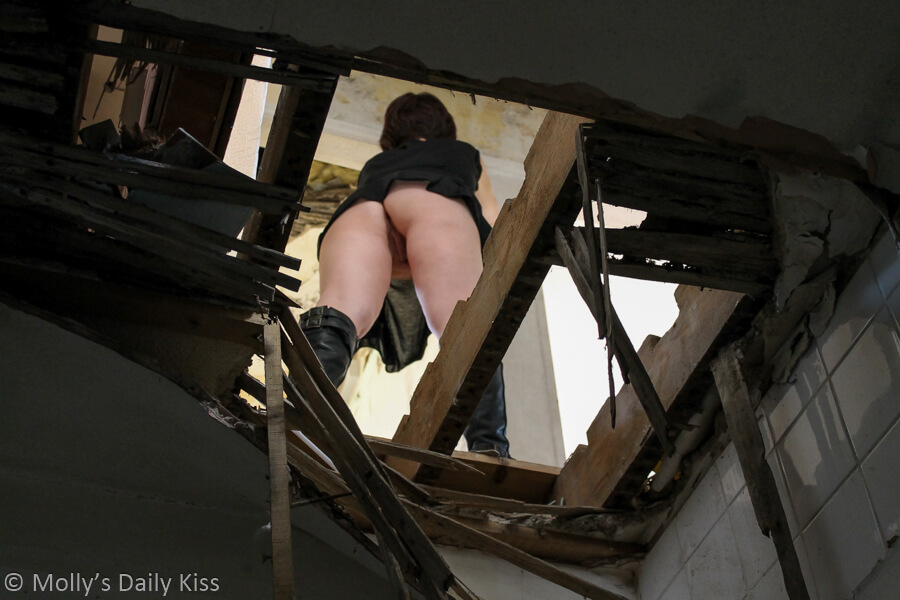 Most of the upstairs of the building was not safe apart from one room. 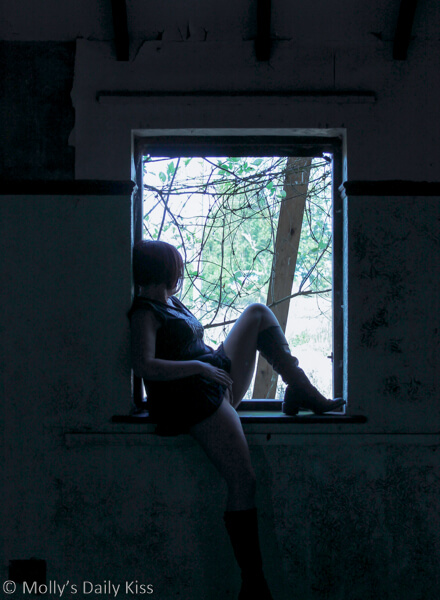 What you can not see is the walls were dripping with water and covered in mold, hopefully this image gives you something slightly nicer to look at though

Downstairs the place had been well and truly trashed 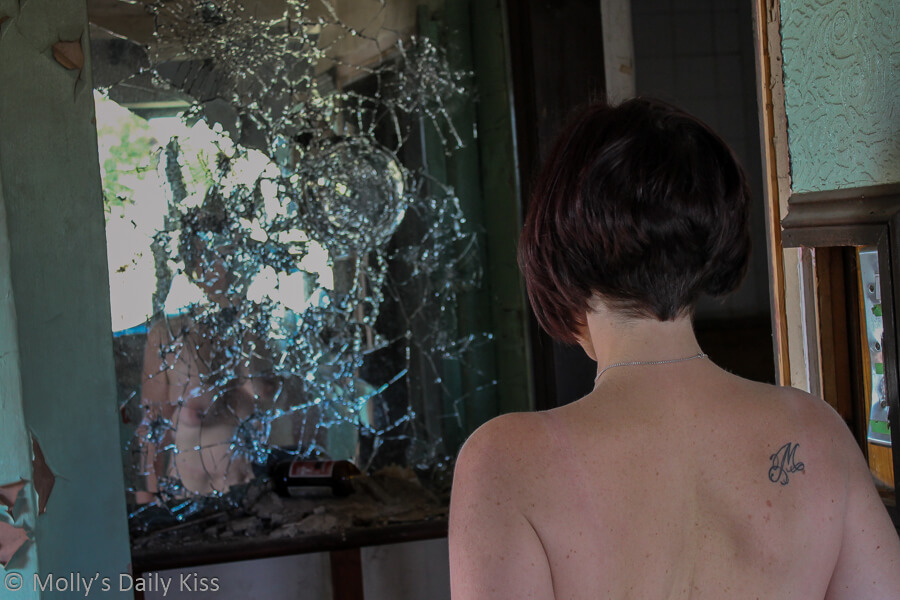 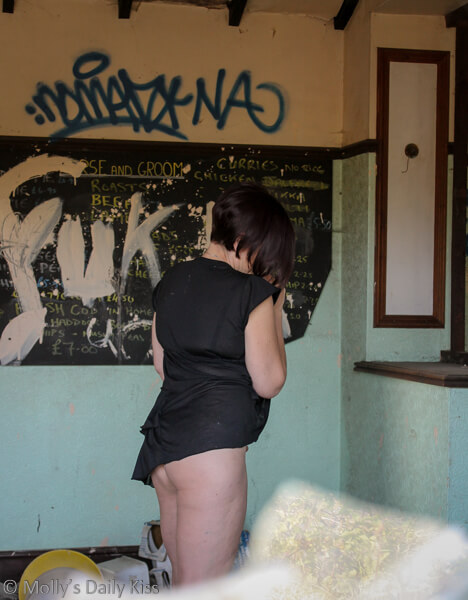 However unlike others before us we made sure that we didn’t add to the damage and left this rather spooky old relic as we had found it.

We have passed by this place a couple of times since that day and it is still sitting there, broken and forlorn, but now the roof has fallen in and I suspect that getting inside any of it is probably impossible and definitely inadvisable. I am so glad we found this place when we did and this ticks of Abandoned Property from my list of locations. Apologies for the title, I am aware that only Brits will get it. It is a saying strongly associated with ‘going down the pub’ and also the name of a TV show.

*The Scavenger Hunt page is currently not live as it is in the process of getting a new home. When that is done I will add the link onto this post. To see the full list of locations I have completed check out my Scavenger Hunt page.

Oh gosh, this is a brilliant location and I can just imagine how happy you are you have found it. Brilliant images too!

PS: Thank you for always being part of Wicked Wednesday 🙂

This is a fascinating series of pictures. I’m struck by the sense of abandonment but also by the more ‘present’ and deliberate wreckage. I think I prefer the first picture of you with the shattered mirror (I like seeing more of your back) but I also really love that last image taken through the broken window.

I love the last image too, but the mirror ones made me think about buying an old mirror and smashing it just to experiment with images

It is so sad to come across buildings which have been abandoned.

I always try to imagine the celebrations the first day the place opened with all of the hopes and dreams of the builders or owners.

You can’t help but also think about the effect of the closure on the last occupiers. Did they go bust, and lost everything, were they compensated by the roads’ department, were they just failures or was there a hard-luck story.

I wonder if this is the Horse & Groom which used to claim to have the ghost of a woman in black who flashed her boobs and vulva at the customers late on windy nights and shattered mirrors? Makes you think? LOL.

I have been past this pub many times on my trips up North, and I often wondered what it was like inside. Now I know. Maybe one day it will be restored.
Lovely pictures, I have always been a fan of the ‘nude in a derelict building’. I love the juxtaposition of the gentle soft body against the harsh background.
Thanks for sharing, Fred.

I love the damaged mirror

the shattered glass ones stopped my heart, just stunning!

Stunning photos and a great location. Love the upskirt one, but I’m probably just an old perv anyway ?

What an amazing place – and incredible photos! I am a particular fan of the third image, taken from below.

The pages have been updated – I’ve put this under ‘Wreck/Ruins’.

Oh Molly,
I echo what the other comments say: what a GORGEOUS abandoned property. I love the colors and the melancholy desolation, the state of decomposition, but especially beautiful YOU in the shots. So inspiring to see this post today. Thank you for sharing your art.
xoM

Like a lot the mirror images and the window and the one of you in the middle of the room with fuk as graffiti in particular. But all are awesome.
I miss pub going :/ and sadder still so many are closing. Fancy a pint and pics one day?