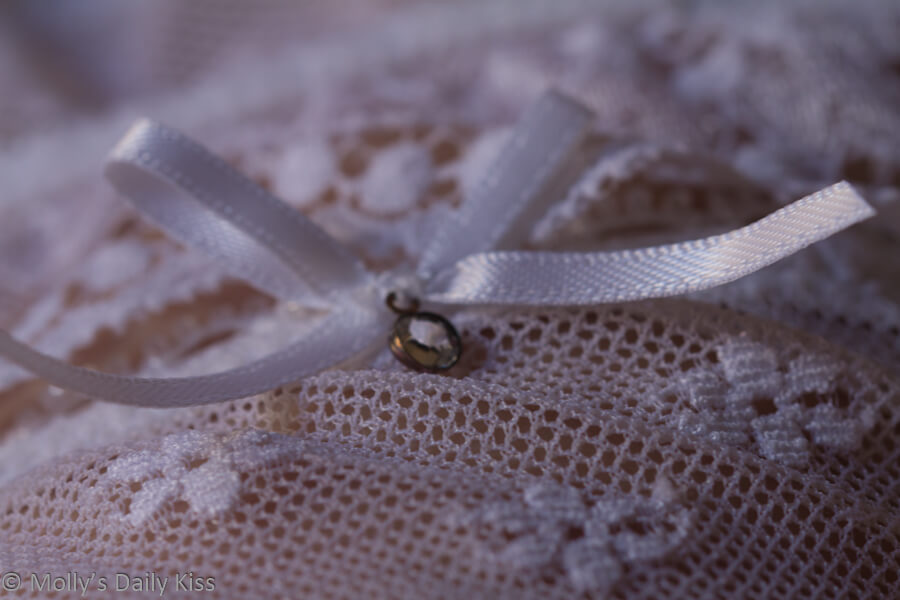 “Do you, Celia Mermaid Jones take Toby Jonathan Roberts to be your lawfully wedded husband?”

“Did you know that was her middle name?” he hissed into me ear

“Nope” I muttered back

“Really, but weren’t you and she, you know, back in school, didn’t you to kinda…..” his words trailed off but he waggled his eyebrows at me in a suggestive manner

And she never told you her middle name?

At school she had always refused to tell anyone. Saying only that it began with a letter M. To be honest I had assumed that it was just an old-fashioned name like Maud or Mavis that she had inherited from a long dead relative but to her school aged self sounded immensely un-cool and I didn’t really care. She was always just Celia to me. Beautiful, perfect Celia.

The name fit her though; she had the most beautiful mane of auburn hair that flowed down her back in long thick ringlets. Sometimes she would pile it all up on top of her head and these delicate little wisps’ of it would frame her face but most of the time she would leave it loose to pour down over her back and shoulders. It made me happy to see that she had not succumbed to the nagging of her mother and tied it up today.

Her eyes were the most intense aqua blue that would sparkle with mischief and laughter and joy. The odd time I did see her cry they would turn into liquid pools of light that I found myself mesmerised by. Even when she cried she was breathtakingly beautiful.

The first time I saw her naked was when we were 16. It was her idea. She was always the one with the ideas. That was the beginning of Jenny and Celia. Most people thought we were just friends and though there were rumours but no one knew for sure. We never told anyone though I guess Brian was about to confirm everyone’s suspicions but it didn’t really matter now that she had Toby.

I should be jealous of Toby really; after all if truth be told I wish that it was me standing up there marrying her not him but Celia always gets what she wants. I don’t mind really and apparently neither does Toby. He always treats me with politeness unlike some of her previous boyfriends who when they found out about me immediately set about trying to arrange themselves a threesome. Toby has been the rare exception in that regard and I respect him for that. We had argued about Toby though. He was the only man who had ever held her interest. All the others had, when it came down to it, been useful convenient cocks. Unlike me Celia liked cock but she treated them with disdain and once through with them would cast them aside like an old disposable razor, only to replace them with a shiny new sharp one that she would enjoy until they too stopped pleasing her.

Yes, Mermaid fitted her perfectly. She was beguiling, intoxicating, playful, sexy, enigmatic and addictive. When she had announced she was going to marry Toby I had vowed that it was over between us but no matter how hard I tried I couldn’t give her up, not even this morning in her childhood bedroom with her dressed in her wedding gown could I resist her when she lifted it up over her thighs revealing her perfect white lace stocking tops and knickerless cunt. Without a moment’s hesitation I sunk to my knees in front of her and feasted on her with my mouth, filling her with my fingers and glorying at the sounds she made as I coaxed a series of powerful orgasms from her bewitching body.

I wonder how many women have watched their lover marrying someone else with the delicious smell of her cunt still lingering on their face. That thought made me grin…

“What you grinning at,” Brian whispered into my ear

“I know right, Mermaid, no wonder she kept that quiet” he chuckled

“Suits her though, don’t you think?”

“Yeah, oddly it does” he agreed “It’s a pretty magical name”

“Yeah, Celia Mermaid Jones…. magical is indeed the right word for her”

Nice, Molly
Brightened up a dull evening
Thank you

What a lovely name, and she sounds like a lovely creature! Love this story!

Nice take on the prompt, Molly. It is always nice to have women with ideas.

Yes, I’ve known some mermaids. It’s sad when they move on, but I’m better and more entertained for having shared their bed, or provided mine, for a while.

[…] Celia Mermaid Jones by Molly’s Daily Kiss When I read the first line of this story, I was hooked! I’m not saying anything more… go read! […]