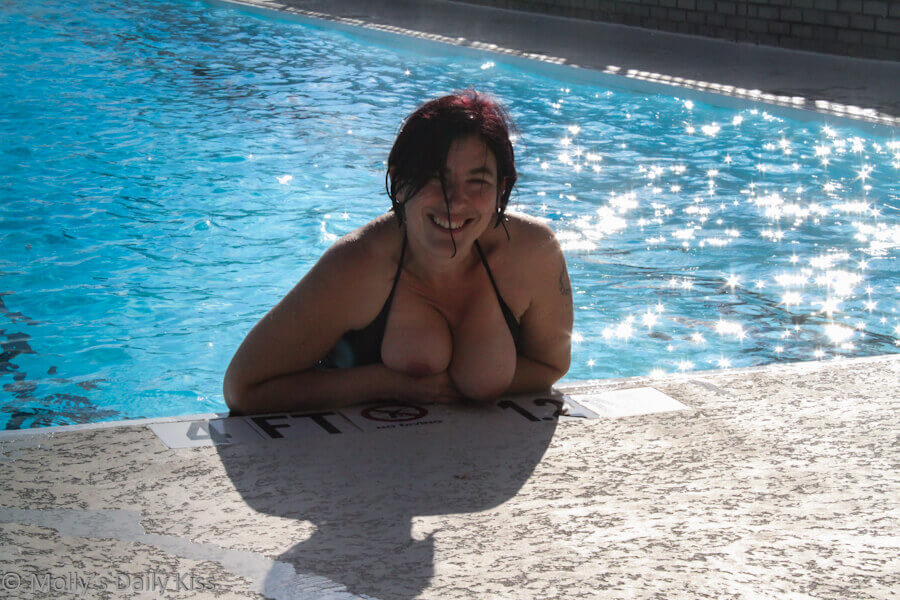 This is a 2 for 1 Scavenger Hunt offering to make up for the fact that I have not posted a new ones in ages and they are both relatively short, just a couple of pictures for each location. They are very different locations (I have even had that verified by Dee) but they do have one very major thing in common and that is water.

The first ones we actually took a couple of summer of ago when we were on holiday in Greece. Just down the road from our hotel was a Water Park and as we were holidaying with my two children we spent a fair bit of our week at this place. Luckily it was full of other families with children so mine would disappear off with their new-found friends and happily spend the day entertaining themselves whilst @domsigns and I (him in the shade and me basking like a lizard in the sun) read books, chatted, napped and generally took it easy. Of course now and then the water called and after a few trips down the lazy river (because I don’t do the big slides) I realised that where it looped through the corner of the park there was one little section where if he stood in the right place and we timed it just right it might be possible to get a Scavenger Hunt…. 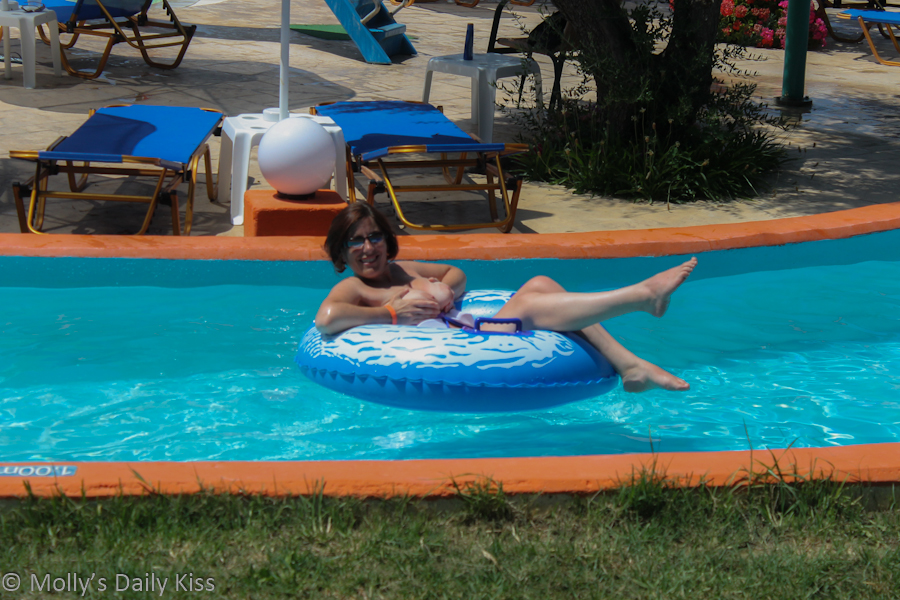 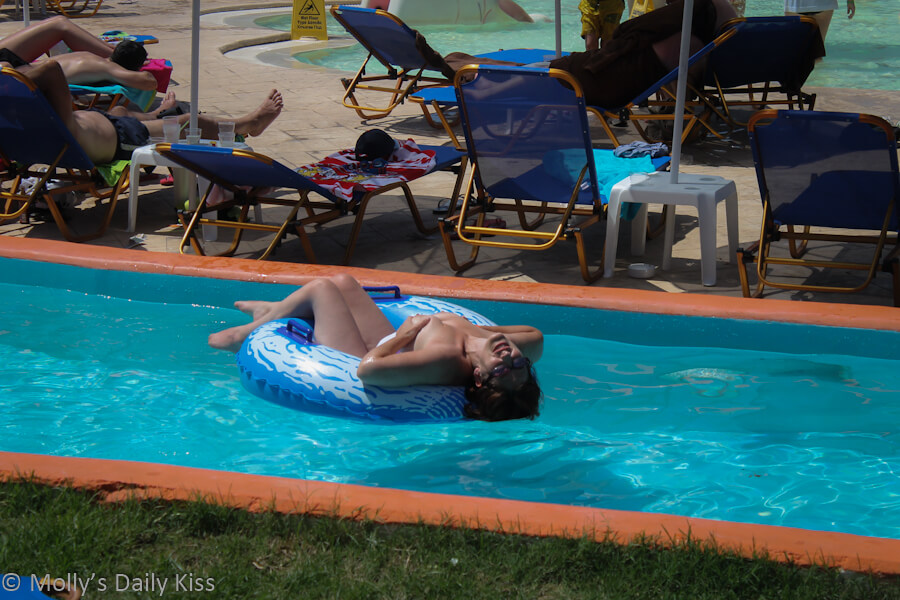 But there is no stopping still in a lazy river and soon I was floating away but not without one last shot. 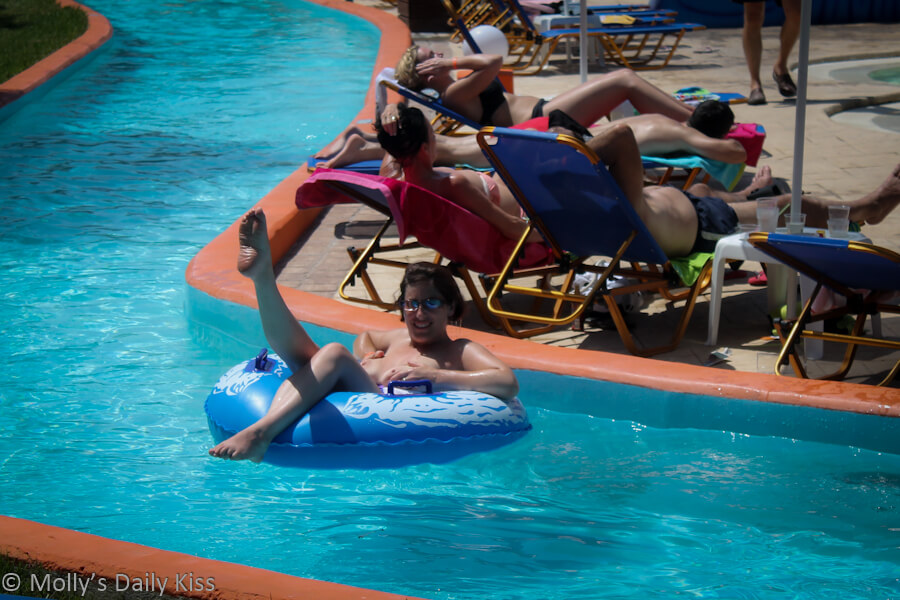 Now, onto location number 2 which was the swimming pool on the roof of our hotel in Atlanta when we went to EroticonUSA. Most mornings there would be at least one or two other guests enjoying a swim in this beautiful pool. We kept taking the camera with us in the hope that we would get the chance but someone always seemed to be there. However on our last morning we were up a bit earlier than we had been and discovered this…. 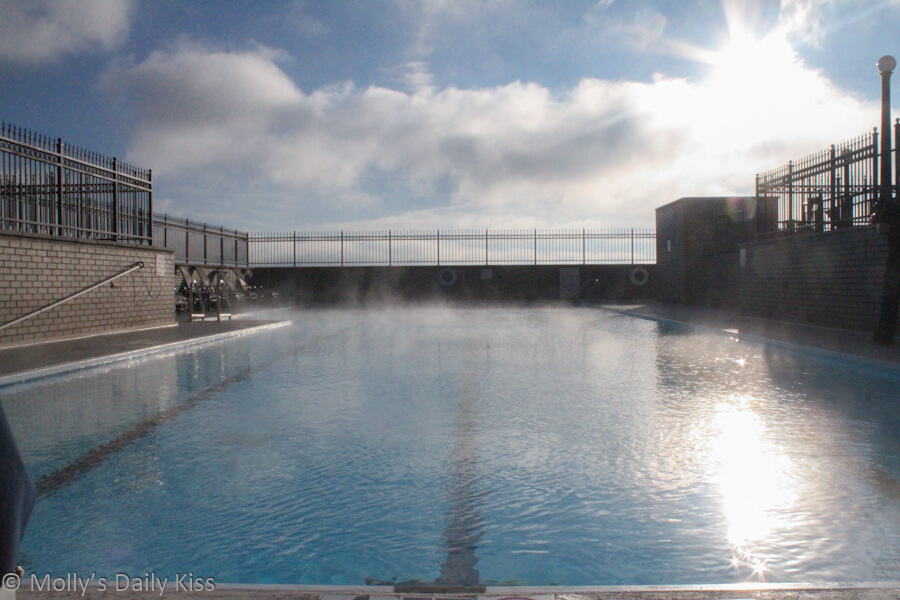 An empty pool, showing off just how warm it is by steaming into the cool morning air (It was October after all) and so we grabbed our chance.

But we only managed the one because seconds later we heard the tell tale ping of the lift to tell us that we were no longer alone but one was all we needed to be able to declare that Swimming Pool location officially done.

I am counting Water Park as location 67 and Swimming Pool as location 68. You can find the complete list of the locations I have done so far on my Scavenger Hunt page.

The world is your runway

The First of Many

Out Standing In My Field

Something from the weekend

Those are some great & bold images. Very brave of you, naughty too! 🙂

Woohoo! And what excellent locations for the summer too. The lazy river photos cracked me up, you’re so brave.

Fabulous locations. These photos make me want to go for a swim 🙂

Great images, I especially love the lazy river ones!

I am jealous of your bravery. I’m such a chicken when it comes to stuff like this.

Such awesome pics (and at great locations) – colour me envious! The Scavenger Hunt pages are updated, too.

I’m SUPER late to this but was going through Scavenger Hunt posts today and that pic of you leaned over the edge of the pool with your tits spilling out of your bathing suit top is SO damn hot, my god!

Ohh thank you… that was taken in Atlanta, a trip that has very special meaning to me