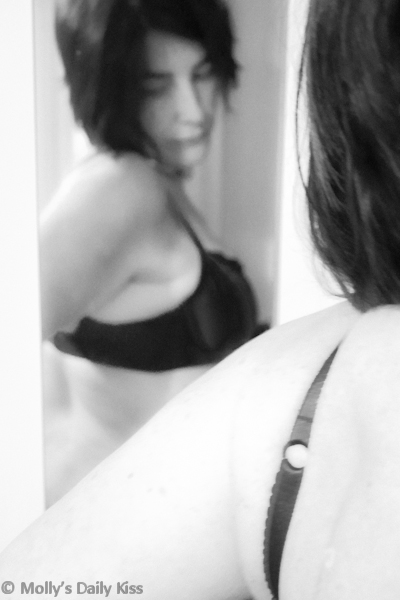 When I saw the current Kink of the Week thoughts of people up on stage being made to flap like chickens or sing like Dolly Parton immediately sprung to mind. I know, my bad but when I think of the word hypnosis it is those crappy TV shows that pop into my head.  I guess in all honesty I am a bit of a sceptic when it comes to the subject, to me it either seems to be an excuse for terrible light entertainment on TV, so-called comedy at the expense of the audience or else it is a new age fingle fangled therapy that, if you part with the right amount money will heal you of all your ills. Forgive me my prejudices, I am not as closed to stuff like this as I sound and to be honest I think there is a lot of value in alternative therapies but along the way many of them have been hijacked for commercial gain and in that process much of their creditability has been damaged.

However this post has led me to do a little reading on the subject and although that has not really sparked my interest it has made me consider that maybe the subspace I experience when we play, particularly when there is impact play involved and the adrenalin is pumping through my system as I float in the heady cloud of pleasure and pain has some strong similarities with some of the hypnotic states that I have read about.  I am certainly far more suggestible when I am like that, only semi aware of the stuff going on around me but hyper aware of him, myself, my body and the sensations. It is an experience that leaves me feeling deeply relaxed and nearly always ends up in some of the best sleep I ever experience. It is certainly a state of mind that shifts reality to some degree and so I think that subspace is, for now at least, my preferred form of hypnotism.

Well written Molly and I agree that Subspace is a lot like hypnosis or feelings there of. 🙂

I like to think that subspace and hypnosis can be closely related. Yes. I think they definitely can be.

Yup yup…I sometimes call subspace “trance space,” and imagine that if I ever do experience hypnosis it will probably be a similar feeling (this is also close to how I feel in a good run or yoga session.) No wonder I am so keen to try it! 🙂

I’ve also seem the positive results of conditioning, associating a word or action with a feeling or outcome as a result of placing a suggestion. I understand this is a similar principle. Pavlov, who also famously researched hypnosis, coined it the ‘conditioned reflex’.

It’s something we’re starting to play with more and more and I’m excited for the potential. I am becoming more orgasmic by the day as we work out our triggers! We have amazing mentors in this exploration, for which I am so grateful and I’ll be sharing the results on my blog soon.

Thank you for highlighting this exciting area as part of kink of the week an encouraging me to investigate more. x