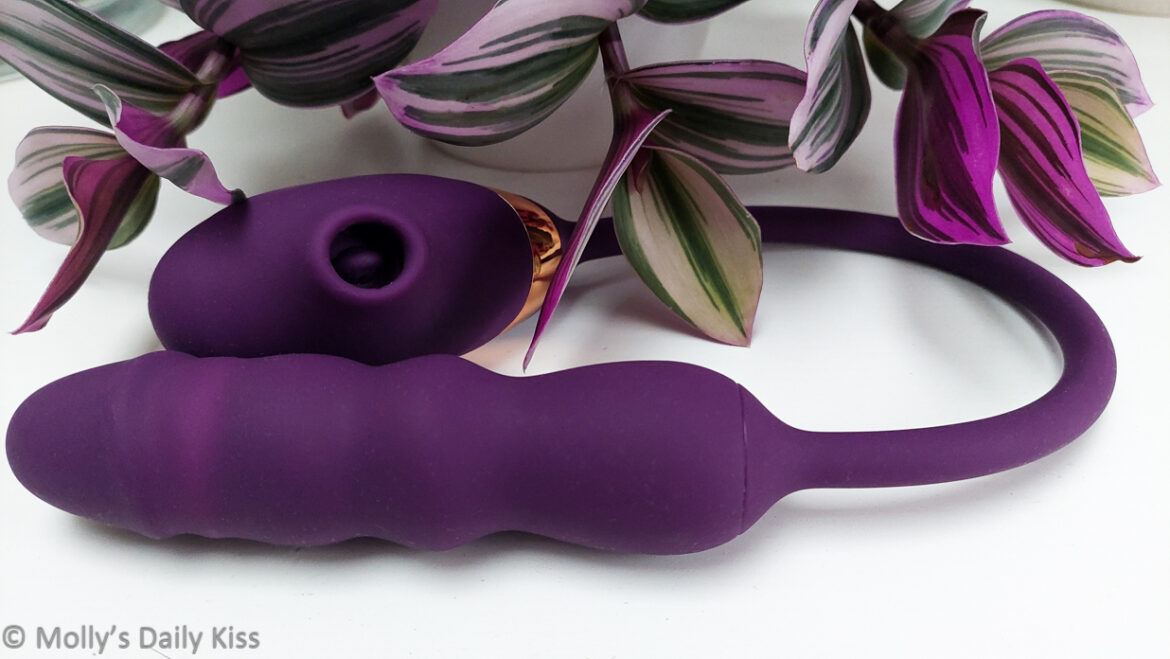 The toy is made of a silky smooth silicone that I have found is not particularly draggy against the skin and I have been able to use quite happily without lube but obviously that will vary for person to person.

I know a lot people are massive fans of the sucky clit toys but for me they can a mixed bag and I have never found one that I absolutely loved and certainly never found that I love more than my finger but this one comes damn close. I do absolutely love it but I don’t think anything can replace the magic finger for me but as I said, this comes damn close and I think it is connected to the little protruding tongue like piece that sits inside the suction hole. Something about that combined with the suction that is a totally winner for me.

There are 4 power levels but I have found the first 2 to be more than enough for me. I have used the third but the forth is too intense for me and goes from oh yes to uncomfortable at that point but I think that shows that again there should be a power setting that works that works for most people as the range is fairly good.

I feel like just writing, Oh yes, here and leave it at that but together this 2 in 1 toy really hits the orgasm mark for me and it has become one of my favourite toys to reach for especially if I have time for a longer leisurely play time.

Unlike some of my other toys I have realised that this toy does need recharging a bit more often than some of the others I have. If I have used for a bit a longer play then it really needs recharging each time otherwise I have found that half way through trying to use it again you are met with severe disappointment when it dies on you. At first I thought that maybe the battery was not great on it but I have since realised that it is essentially powering two toys from what I assume is a similar size battery that you would put into a single toy. As a result I have actually decided it does a excellent job as it can run all 3 motors with no problem at all for a really good long play session. You might then get another short session out of it but I have found that just charging up after each play is the best option.

Yet another Sohimi toy that has surprised me. They kept sending to them to me and I am not sure they are my thing and then I use them and they turn out to a revelation. This one is no different. The combination of the clit toy and thrusting dildo totally works for my body. If you need any more recommendation it is currently fully charged and waiting by my bed ready as I am planning to make an Only Fans video with it this week which is basically just another excuse to have a fabulous wank with this toy.

This post contains affiliate links and this toy was sent to me for free in exchange for an honest review.

I is for Icicle…

The (not so) Ultimate G

Bondage Bunnies Flogger For the Win

In the bleak midwinter….

Through The Looking Glass

Cool stuff. And what a nice color.