About MollyBlog Days of Summer 2022 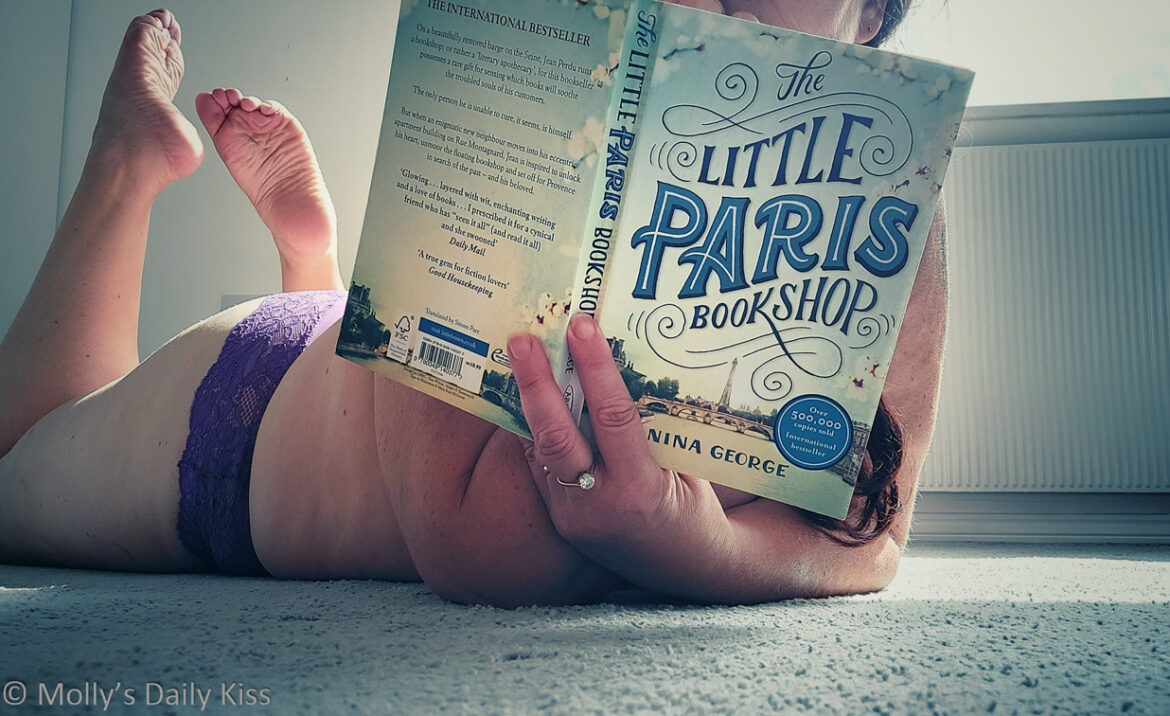 I have wanted to write this piece for a long time but I also knew that it would write itself when the moment was right. Why now? Maybe happiness made it possible.

“He had reached the bottom of his soul’s sour, sad tribulations. He had dug and dug and dug. And suddenly – there was a chink of light.” ~ Nina George

I am proud of myself for finally cutting you out of my life and giving myself the time and space I needed to heal and make you part of my past.

Adriene, of Yoga with Adriene, often says let go of that which does not serve you, or words to that effect. I have been following her yoga videos since 2019 and heard her say it many many times but it wasn’t until the later part of 2021 that I realised she was talking about you.

But cutting someone out of your life is hard. Especially when you spent years holding the line and creating space for the relationship you had with them. It is what you do. It is what you have done Wait. Invest. Believe. So you keep going. Keep doing it because soon it will be different. Soon there will be time for me. Just hang on a bit longer. And I did, all the time it was right to do and beyond into when it wasn’t right (for me) any more.

“Habit is a vain and treacherous goddess. She lets nothing disrupt her rule. She smothers one desire after another: the desire to travel, the desire for a better job or a new love. She stops us from living as we would like, because habit prevents us from asking ourselves whether we continue to enjoy doing what we do.” ~ Nina George

How do you give up on something you gave so much to? When is that moment? After all, he is saying soon. Just this one thing needs to be sorted. If you give up now all the time, all of you, that you invested in this will have been for nothing. Don’t give up now. The other person continues to make promise after promise. Soon, I promise. So you continue to accept less and less because now is not the time to make a fuss until one day Adriene’s words pierce a hole in all that and you realise that not only is this not serving you but maybe it is actually harming you. Over and over again.

That was the first time I decided to create space. To give up on keeping us a thing and the result was telling. Without me making all the effort and creating all the communication it quickly started to fall away. Messages became more and more sporadic, Phone calls pretty much dried up and videos calls, well those had been non existent for months now anyway. I felt vindicated but then along came your birthday and I reached out. The result was almost instant. The ‘I’ve missed you much’ ‘You are all I think about” ‘I am going to make changes’ ‘I know this is my fault’ ‘I have been looking at dates’

All things you said before but this time is different you tell me and despite the logical part of my brain going, don’t be a fool, there is another part of of my brain going but what if this time he really means it and you reject it. Of course the bit I should have paid attention to is that you had been saying this stuff for over 2 years but still. And so you sink your emotional hooks in again and I am back waiting, believing, investing.

Not for long though. You showed yourself again fairly quickly. Using me to comfort you when you were worried and scared about a medical thing but the moment it turned out to be nothing, silence. Brutal deafening silence which cleared my mind and finally made me realise that it had all been an utter waste of my time. You have stolen years of my life and would continue to do so if I let you. I should have known really that very first Christmas when you chose golf over me. The thing is I did know but I had invested everything, changed everything. It must mean something surely?

But still something kept me coming back. I still couldn’t cut you out, not properly and then I read a book; The Little Paris Bookshop and it changed everything. It completely tore me apart. I don’t think I have ever sobbed so much over a book in my life before. When I finished it I found myself carrying it around with me for days afterwards, finding comfort in just having it near, not ready to be parted from it just yet. It had such a powerful and profound effect on me.

“Sometimes you’re swimming in unwept tears and you’ll go under if you store them up inside.” ~ Nina George

Part of the book is that there is belief that there is one important book for everyone at some point in their life. A book that you feel was written just for you. How funny that I felt like this book was exactly that for me. It seemed to be talking to me. Showing me a way, holding a mirror up to me and making me see the truth.

There are books that are suitable for a million people, others for only a hundred. There are even remedies—I mean books—that were written for one person only… A book is both medic and medicine at once. It makes a diagnosis as well as offering therapy. Putting the right novels to the appropriate ailments: that’s how I sell books.” ~ Nina George

This book is about grief, about how not letting yourself experience it, taking that journey keeps you locked away from everything else. In the book Jean is confronted with this after many years and finally goes through that hurting time to emerge on the other side.

“Do you know that there’s a halfway world between each ending and each new beginning? It’s called the hurting time, Jean Perdu. It’s a bog; it’s where your dreams and worries and forgotten plans gather. Your steps are heavier during that time. Don’t underestimate the transition, Jeanno, between farewell and new departure. Give yourself the time you need. Some thresholds are too wide to be taken in one stride.” ~ Nina George

It made me realise that I was never letting myself do that. I was holding myself accountable all the time to make something of absolutely fuck all and denying the truth of what I wanted and needed.

“What a hideous life he had chosen, how painful was the loneliness he endured because he didn’t have the courage to trust someone again. To trust someone entirely because in love there is no other way.” ~ Nina George

I wasn’t living I was existing and had been doing so for years and the person I trusted the least was me. I was holding everything in or at least I had been until this book. Suddenly everything shifted and I realised only I could set myself free I just had to trust myself enough to do it.

Holding onto something that didn’t exist any more and had not for a very long time was utterly destructive. Allowing myself to grieve that properly was so powerful. I stopped holding back all my rage and sadness and let it completely consume me. From that I have found clarity and strength. It allowed me to finally see the proverbial woods from the trees and be truly honest with myself about what/who I wanted and needed. Something I have known in my heart for a very long time but without trust in myself I couldn’t believe.

It’s been 7 months since I messaged you and 7 months since I read that book. I am happy now. Properly happy in my soul like I used to me before you. The book is a love letter, to France, to food, to friendship and to grief and healing. Picking it up today looking for some of the quotes I found tears welling up in my eyes at the memory of reading this book and what it did for me. I don’t know what made me reach for it that first time, it had been on my shelf for a couple of month having picked it up in a charity shop. I thought it was going to a light easy breezy romance. I had no idea this unassuming little book would be such a gift. Turns out it was the book I needed at just the moment that I needed it.

“Whenever Monsieur Perdu looked at a book, he did not see it purely in terms of a story, minimum retail price and an essential balm for the soul; he saw freedom on wings of paper.” ~ Nina George,”

The Lost and Found