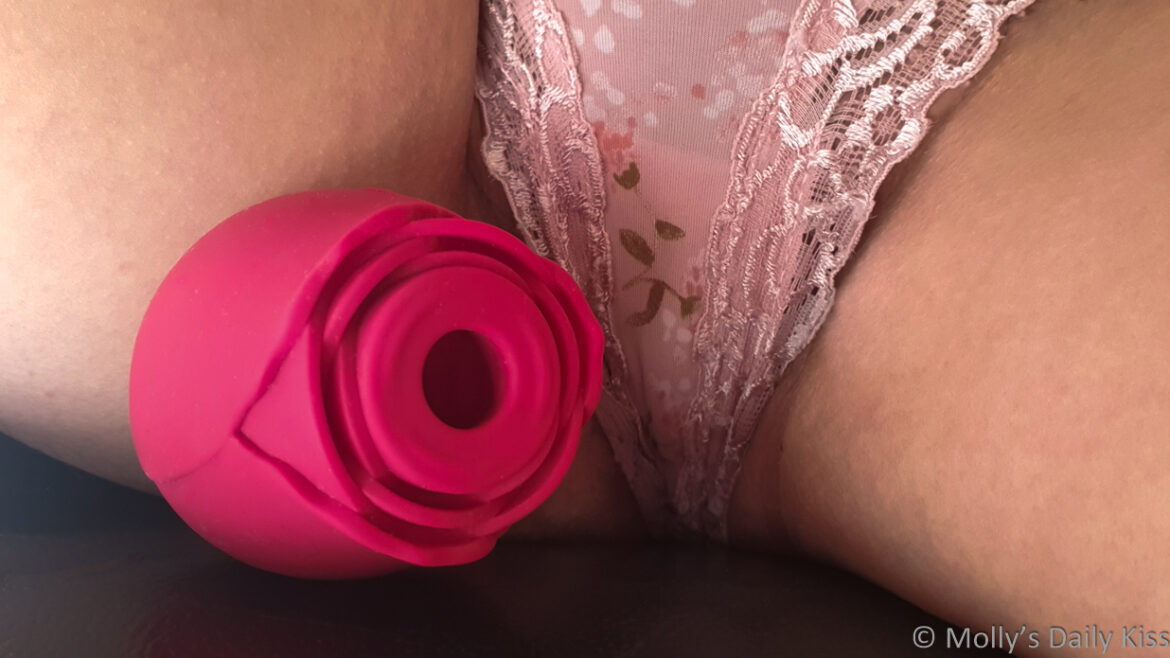 I was wrong about that obviously and when I had my first orgasm while playing round with that vibe, well to say it blew my mind, would be an understatement and quite frankly I think I have been marveling at my orgasms ever since. Every one is fucking amazing to me. My body being about to do it, to give such intense pleasure, amazes and delights me EVERY single time it happens.

I stopped using the vibes. It actually took about 3 weeks for my body to catch up but ever since I have been very wary of letting that happen again. I want to be able to make myself come with just my finger and maybe, hopefully, with someone else’s finger or even their mouth. If all my body responds to is vibrations then that is not going to happen.

For years I pretty said I wasn’t particularly into vibrators. Some still had their place in my sex toy collection. The Doxy is good for those times when someone wants to torture you or force orgasms out of you. I still have a couple of trusty bullet vibes I will use from time to time but mostly I like a toy for penetration and then my finger on my clit.

The Textures of Life

I love this, what a sexy image and insightful musings! Thanks for sharing, you sexy beast you

Lovely picture! I know what you mean about certain types of stimulation to orgasm. My new partner and I were slightly slow to start until he found his way to bring me to orgasm. (And now he’s, hands down, the most satisfying partner I’ve ever had.)