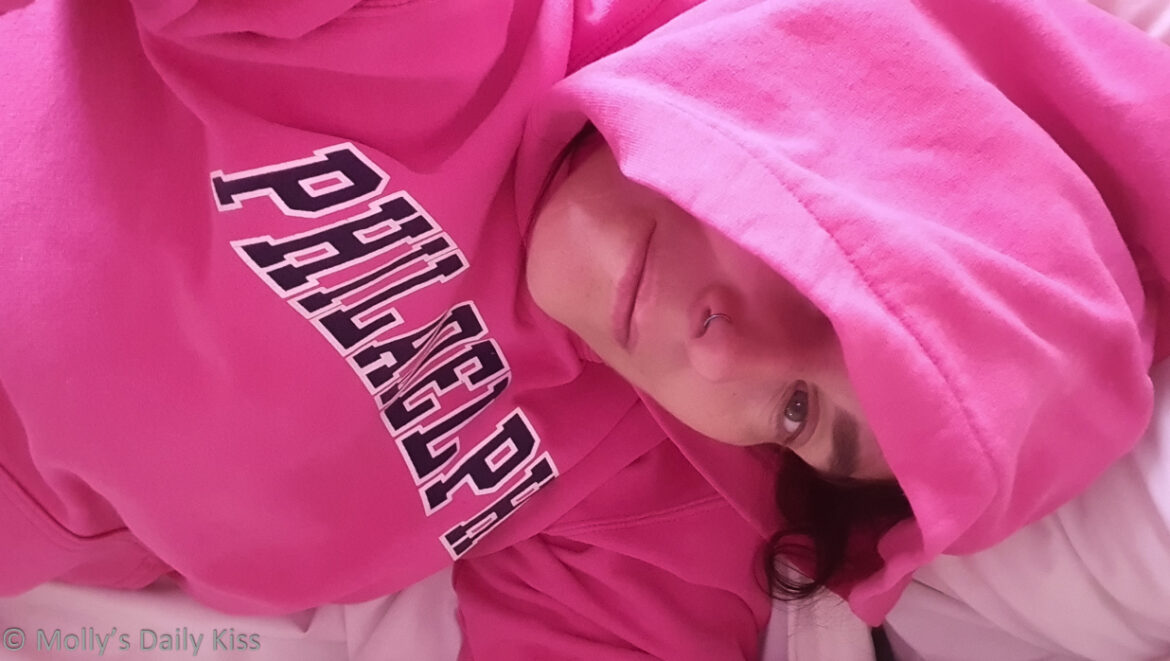 “Don’t Worry About The Darkness In My Soul. It Ignites Me Like An Embered Coal.” – Anon

CW: This post talks about kidnap fantasies and hooded assailants.

A few years ago I went to Kinkfest and their was a session that involved all sorts of large restraints like straitjackets and arm binders. At one point the demonstrator also put a hood on his partner. Just a simple cloth like bag, the kind you see when someone is kidnapping someone in a movie. I had never felt any desire for such a thing but I stood there at the side of the room and watched her with her arms bound and her head covered and I felt this familiar little kick in my groin.

Was I turned on by seeing her like that? Yes absolutely. There was something about her vulnerability in that huge room surrounded by all these people watching her and her partners confidence and control in the moment that was hot. Immediately my, somewhat dark and filthy, imagination started envisioning him asking if anyone wanted to touch her. How I would struggle to put my hand up and volunteer even though I ached to do so. The thought of running my hand up over her jean clad thigh and sliding it between her legs made me twitch. She wouldn’t know who was touching her and everyone would be watching.

None of that actually happened. The demo carried on and her partner removed the hood and then invited everyone to come forward and check out his different bits of kit and if anyone wanted a go to just ask.

I remember edging forward and bending down beside the straitjacket. Something about it both excited and terrified me. I didn’t ask to try it even though I really wanted to. As for the hood, I ignored that, but later my thoughts would return to it again as I found myself imagining being her, all trussed up, the hood on, at the mercy of my captor…. who is wearing a hood

Not like the type I described above but the balaclava type, I believe you would call them a ski mask in America, with the eye holes cut out and sometimes the mouth too. The type someone wears to rob a bank or… kidnap an unsuspecting victim. That and gloves, he always has black leather gloves on and it is always dark and it happens in my house and….

So you see I have thought about it a lot and it is never me who is wearing the hood it is him.

I don’t really like things over my mouth. I can’t sleep with the covers over my face and while I will happily wear my mask I am always delighted when I get home or in the car and put it from my face. I do rather like a hand over my mouth though, at the right moment, to shush me as hurt me or fuck me hard but even that I will soon be trying to squirm my way out from underneath. I like it, I want it, but also I have to work hard to control that little flutter of panic that sits in my belly when it happens. Don’t get me wrong, that is part of why it is hot but also too much or for too long and it stops being hot and starts being a limit

So what of hoods? Well I must admit having someone at my mercy, kneeling at my feet, hood over their head, naked, bound at the wrists. Yeah, I think I could enjoy them/that a great deal but when it comes to me wearing a hood, I could possibly up for just giving it a try just to see but mostly I would much rather be the one wearing the hoody and have someone else, lurking in the shadows behind the door waiting to greet me as I got home, wearing a hood.

The Textures of Life

Oooh as the kink posts go on, more of the dommy side of Molly comes out too! x

Very beguiling look. All cute and innocent with a devilish streak.
Nice fantasy.

I’ve definitely been living in hoods over the past couple of months whilst trying to keep warm. But I’ll definitely be sticking to me wearing the kinky hoods and not a partner. And now I’m very intrigued by a straight jacket.