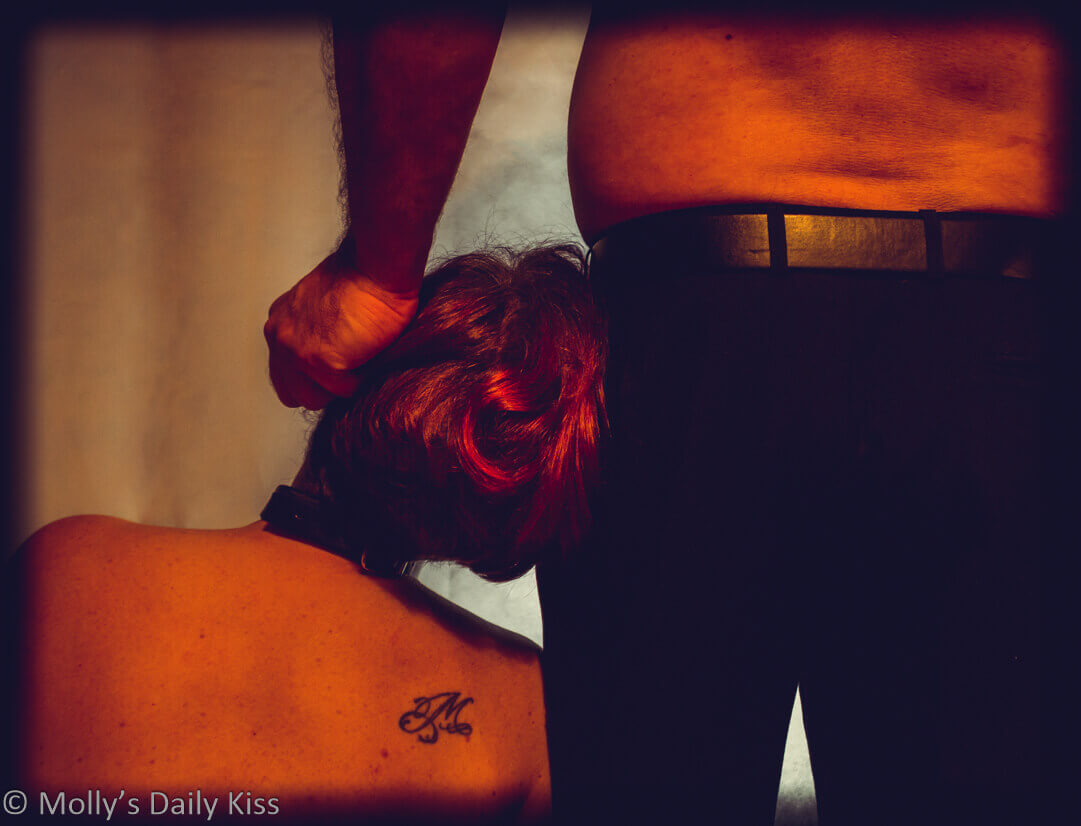 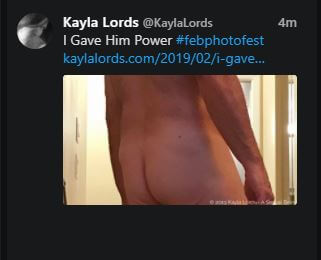 I Gave Him Power

What a strong statement that is. So often when it comes to D/s you hear things like, I gave up the power to him, I let him be in power, I let him take the power, He took the control. All those statements feel a little bit passive and the last one is definitely straying into Twue UberDom™ territory in my opinion but

I Gave Him Power

I saw this tweet from Kayla yesterday when I went back to Twitter in the evening after finishing a piece I was working on for another site. It was, as the this weeks Wicked Wednesday task stipulates, the first thing I saw when I opened my feed and it totally grabbed my attention and instantly I knew what I was going to write about as a result.

We are a two equals who came together and negotiated an inequality between us that makes us both happy and allows us to thrive as a Dom sub couple and as our own individual people.

That is our definition of our Dom sub relationship. We spent a long time thinking about what that inequality would look like, what part of our lives it would extend to and what parts it does not. We came to this relationship on equal footing and carved out that inequality based on our needs, desires and life together. That definition is something that only came later as we experienced more and understood more but it is a definition that I love because it shows how even though we are D/s we got there not because he took the power, or I let him take the power but because we made joint decisions regarding the power. I have just as much a voice in what our D/s relationship looks like as he does and that is why I liked the statement Kayla made ‘I Gave Him Power’ because it speaks to that same idea, that even though they are D/s and that John is the dominant as she says in her piece

“He uses the power I gave him, the power he holds over me, with tenderness and care. Never once taking more than he deserves or demanding more than I can give.”

There is a partnership there, based on love and trust and that means that the power flows between them perfectly. I know, like Michael and I, they have their moments, because like us they have kids and money and health and work, those every day things that put a strain on a relationship but even then there is a strength between us that sees us through those things.

Yes he has the power but that does not make me powerless. I don’t agree with the whole ‘it’s the submissive who really has the power’ narrative either because that implies the Dominant is really just the submissive monkey, performing for their pleasure. It completely ignores the fact that both parties have to consent, both people have to be active participants and both people can withdraw at any time. In that sense it has to be an equal partnership. He does not get to just take it and just as I don’t get to force it upon him.

That Look On Sinful Sunday

The art of ending

I love that I inadvertently inspired this post. I used to use those old trope-y lines about power being taken, having power, blah blah blah, but those were in the early days when I still saw D/s through the lens of fantasy, erotica, and stereotypes. And I think it’s where a lot of people get stuck. But when you dig in and realize how much of a partnership D/s HAS to be in order to work long-term (like any relationship), the reality you and I understand about it becomes clear.

Thanks for this thoughtful delve into power exchange. I appreciate your point of view.

And I love your “it has to be an equal partnership. He does not get to just take it and just as I don’t get to force it upon him.”

Brilliant, brilliant post, Molly. You have found the words I couldn’t to describe our relationship, where despite its difficulties I still am the sub and he still is the Dom, because of our unique relationship, and the fact that we are both equals in an agreed inequality.

[…] mature. Thanks to a question from one of our kinky patrons and a blog post I inadvertently inspired Molly Moore to write, old and new ways of thinking are kind of on my […]

I so relate to this. How refreshing to see it explained in a way which really does justice to the way that so many of us are. Thank you xx

[…] anything. Until it did. Molly Moore and I may be in an infinite feedback loop of inspiration. Her Wicked Wednesday post this week was inspired my post yesterday, and her tweet about it lead me to read it, and it has been on my […]

The best description of it!! I adore you both, look at your relationship, and root for you every day.

I found this very informative too. And I love the photo it balance so beautifully with your words…
Indie xx

This is a powerful photo and great explanation – did you know Missy has a new meme and the first topic is Submission? x

I’ve returned here a couple of times to look at this image. Absolutely adore it. And what wonderful words to go along with it.

[…] have a total equal relationship except for those parts where we have agreed not to be equal. Molly explained it a lot better than I will ever be able […]

Wayne, you’re clearly an expert in D/s. Can I assume that you’ll be enlightening other experts and highly knowledgeable people such as Molly at one of the kink conferences this year ( if your momma will let you)?

Until you have a working understanding of this most basic tenet of consensual D/s, please be sure to identify yourself as a “fake”, dangerously ignorant wanna-be Dom in your social network profiles so that real submissives know to look elsewhere.

Ah Wayne, I was unaware that you are the boss of D/s.

You’re head of the OneTrueWay Brigade?

Fuck off, there’s a good psychopath.

Or stay, and tell us how many subs you’ve mentally/physically/emotionally scarred with this shit.

Wayne, confusing domination vs dominance is nothing new for small minded individuals. We, in the US, see it in the political realm daily. I hope you’re never a first time for any submissive. The vanilla world can be disappointing enough. I hope you educate yourself and do not inflict yourself on someone else.

Wayne, when you feel ready/mature enough to attempt a relationship with another human being, I strongly suggest you first explore some basic primers on D/s, so you can understand how these relationships work in reality, as opposed to your wildly inaccurate fantasies.

As for your claims of ‘real D/s’, that claim shows your inexperience and lack of critical thinking. Here’s a quote for you:

Oh Wayne!! I think I liked you better when you thought all D/s and kink was icky. This definitely isn’t a good look for you. Frankly, this take reeks of abusive male masquerading as a Dom. We swat that shit away around here and I hope other subs give you a hard pass.