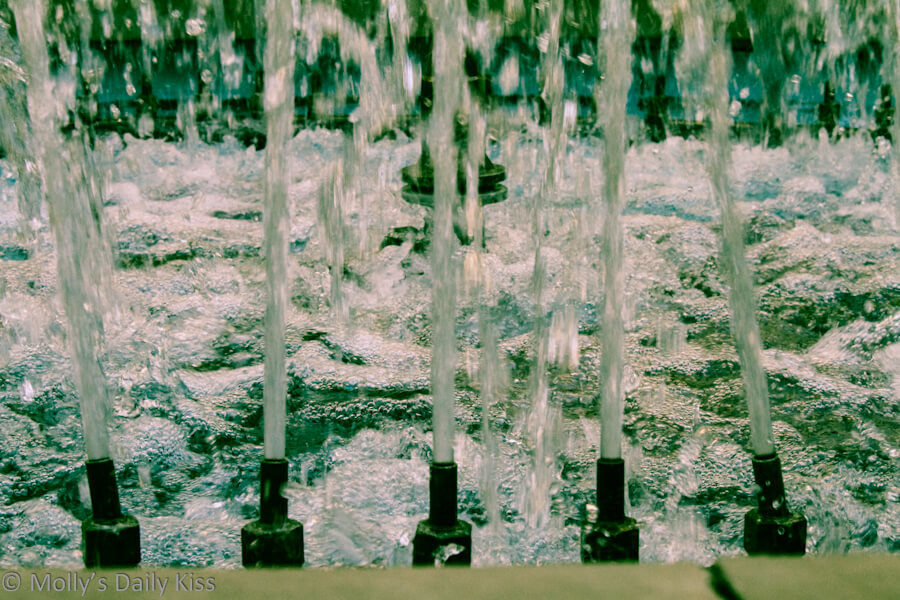 The rug was a dark patterned velvety blue colour. Every time I walked over it after that night I would grin to myself. I never did ask him if he got it cleaned or not.

I was in my mid 30’s when I squirted on that blue velvety rug for the first time. At the time I was completely shocked by it and he must have been able to tell from the look on my face and the slightly panicked way I asked him what the hell just happened. He laughed, told me I had squirted all over his rug but then assured me it was fine, in fact as far as he was concerned it was as sexy as hell and that the rug could be cleaned. That was the first night of a short but hedonistic relationship between us which mainly centered around him introducing me to lots of new filthy activities, squirting being just one of them.

That makes it sound like those orgasms feel the same but that one produces a gush of fluid and the other doesn’t and that is not the case. Non squirting orgasms take a bit of time to build up to, they require clit stimulation and penetration helps but is not vital, just before they happen there is a sensation like my pussy is opening slightly and then that is followed by a very distinct pulsing sensation. (Skyping with Michael during the long distance part of our relationship was when I discovered that you can actually see the pulsing from the outside) that pulsing and the moments before they start feel SO DAMN GOOD TO ME. I love having those orgasms; they leave me feeling happy, relaxed, calm and deliciously sexy.

Michael loves to make me orgasm. He has studied my body in this regard extensively and apart from my own hand he is definitely the world expert on how to make me come. However one of the things he likes to do now and then is to force orgasms out of me. It is not a hugely regular thing as he knows that the results for me can sometimes be mixed but every now and then, including last Saturday, he decides to indulge himself.

“I am not done with you yet” he growls

I am not sure how many times he coaxes my body to squirt but eventually he pulls out the glass dildo and uses his fingers instead. This time when I come it is like the first time but even more, bigger, harder, longer pulsing. He puts the doxy to one side and unzips his trousers. I kneel down on the floor in front of him, my juices running down my thighs and take him in my mouth. When he comes it is on my tits. As I clean up my juices from the sofa I can feel his come running down my tits and drip onto my thighs to mix with my own.

Brutal is exactly how I’d describe it. Orgasms have been a little of a struggle for me and being forced to squirt is another level of unsettling. I’d rather a regular one that I’ve worked a bit for but doesn’t leave me feeling uncomfortable.

I don’t think it’s a crazy thing to say at all. That build up to pulsating orgasms is far better than the orgasms ripped out of me with a wand/Doxy, although they do have their place.

I have no idea if you can actually see me pulsate, it certainly feels that way, I’m now intrigued…