Dancing in the Street 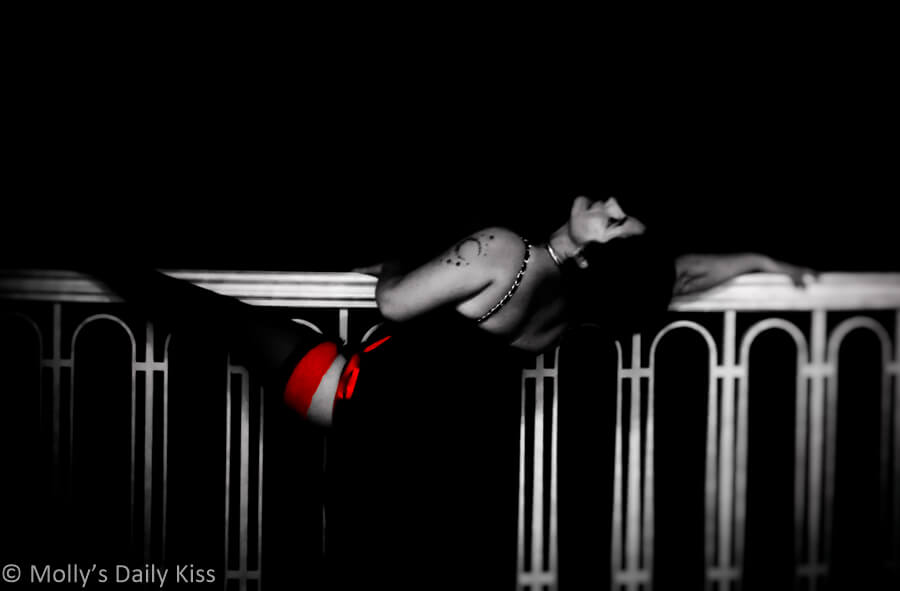 It was a hot summers evening. We were wandering down South Street taking in the sights and sounds (it is a cool trendy place think a bit like Camden Market just not a market) As we approached Johnny Rockets the 50’s music that they play spilled out into the street and before I knew what was happening he had grabbed me up in his arms and were dancing on the sidewalk. South Street is a pretty eclectic place for the most part no one seemed to pay the strange couple dancing much attention but I don’t know that for sure as I was too busy laughing and giggling in his arms as he twirled me around.

It was cold for March, a bitter wind cut through the streets. This was his first real sight seeing trip to London and was a family outing with my two kids. We had been to Buckingham Palace, Trafalgar Square and were now wandering up through Covent Garden. In the old market area there was a string quartet performing. My previous experience in Philly should have taught me what was coming next but I was not yet practiced in this game and before I knew it was being waltzed around in his arms right in front of the musicians and all the many tourists who had stop to listen to them. We did get a rather lovely round of applause though and oddly a standing ovation from the musicians. My children though were utterly mortified by this public display of dancing and hid behind one of the columns and to this day remember vividly this trip and will bring often bring it up as a ‘Mum and Michael most embarrassing moment’.

It is two days before Christmas. We have most of our food shopping but we have stopped in to buy some fresh vegetables and fruit. In that section the staff have rigged up a CD Player and happy festive Christmas music fills the air. It was busy, 2 days before Christmas busy but that didn’t stop him and this time as he stepped towards me I knew what was coming. The vast majority of customers seemed to be in the over 65 range and most looked on with a smile on their face. After our little dance while I was selecting bananas one old lady came up to me and said. “You two made me happy today. More people need to dance with the person they love like that”

I am pretty sure Michael won’t mind me saying he is no dancer but that has definitely not dented his enthusiasm for the joyful sport of public displays of dancing. These are the notable ones but there have been others and not all public either. Our kitchen has seen its fair share of dancing moments too. They always end up with me in fits of giggles and they always end up with us kissing.

I love to dance. I am no great dancer mind you but I have good rhythm and I know how to move my body. One of the challenges I have with listening to music on the treadmill is that if a good ‘dancing’ song comes on I find myself wanting to have a little shimmy but that is never advisable on a treadmill and yes I have seen the videos of treadmill dancers and whilst I might have some rhythm that is definitely beyond my skill set.

One of the things I like to do is dress up in something sexy (some might even say slutty) put on a great piece of music and dance for him. It was something I used to do often when we were long distance, even on the odd occasion while he was at work. I maybe a have a bit of a thing for being distracting. It always made him hard to watch me, yes even at work, which was why I also got told off for doing it then too. I even wrote a whole post about dancing for him a while back: Do a little dance

I find something hugely erotic about dancing like that. Putting on an outfit, finding the right piece of music and then using my body in that way. I like the way the music feels, they way the right beat and rhythm makes me move and I like the way he looks at me when I do it. It turns me on. It makes me feel hot and sexy and desirable. It makes me want to fuck and just writing this piece has me thinking about our kids free weekend and if maybe there might be time for a little bit of dancing.

Sadly I don’t seem to have a dancing image apart from the one I used on the Kink of the Week site which was originally posted here as part of my 2013 Christmas Advent Calendar: Another Rock and Rock Chirstmas. However as it is February Photofest and Thursdays are about bringing a old picture back to life I set about working on this one and I have to say I am very happy with the result.

Come as you are

My lovely Molly, this is such an enchanting piece and I shall be thinking of you dancing forever now, however badly 😉 x

This post had me smiling all the way through it, such happy recollections. I agree, dancing is hugely liberating and, for me, it’s very sexy being the one-person audience. Such a spectacular image too.

I love public displays of dancing. 🙂

Lovely shot with the red. It’s very joyous even tho the aim may meant to be more seductive – I guess it’s on the frame of mind of the viewer….

This made me smile, I can even imagine the dancing in Tescos 😀