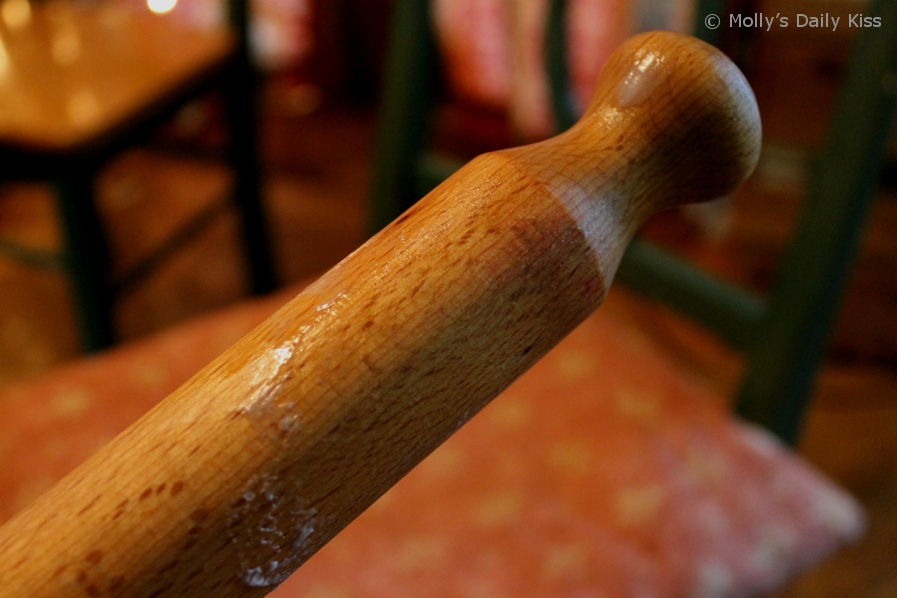 Yesterday he discovered that I had discussed the possibility of conspiring with another subbie. In case you don’t know, conspiring is a big no, no and this was rule breaking on a fairly spectacular scale. Why did I do it? It seemed a good idea in the moment, a bit of harmless naughtiness and probably, if I am honest, most of all because I can’t help playing with fire.

I have no idea how he worked it out. He said he just knew and of course the moment he started quizzing me about it my fate was sealed. I can’t lie to him, even if I really wanted too, which I don’t and so after a brief bit denying all crimes and pleading innocence  a full confession had tumbled forward, swiftly followed by an apology. This was greeted with one of those smiles that told me there would be a price to pay for this misdemeanour.

Last night in bed he told me to get ready but I pleaded with him to wait, that I was tired and cold and so he said he would put it off until today as long as I reminded him tomorrow that I needed to be punished. If I failed to remind him then the consequence would be doubled. He is tricky. It sounds like a reprieve whereas actually it was just an invitation to dig myself more trouble and so I vowed not to let that happen and promised myself I would remember, and remember I did.

“Sir, I have not forgotten you know, you need to punish me today”

I don’t think he was expecting that. It got a look and a raised eyebrow but was quickly followed with…. “You are right slut, go and fetch the rolling pin”

Those words sent a little shiver down my spine and for a brief moment I found myself asking him if there was another way but the look on his face soon silenced me and so the rolling-pin was retrieved. My jeans were pulled down over my thighs and my hands were placed on the dinning room table and then it started. No warm up, no building up, just hard thuds that shuddered through the flesh of my arse right into the core of me and within moments the tears were bubbling up and spilling down my cheeks and yet he didn’t pause or ease up in any way, if anything he hit harder and I could feel my legs shaking and my body fighting it until the only thing that I could think about was my word.

He held me afterwards, while I cried my sorry’s into his shoulder and then he turned me towards the table and started again but this time not to punish but to heal. Slow rhythmic  thuds that heated my skin and had me crashing towards submissive heaven in moments. I remember arching my back, leaning further over the table so that I can could better absorb his strikes. My legs that before wobbled and threaten to give up on me where now not a problem, cause they no longer existed nothing else existed now.

The rest of my punishment? You are reading it…. 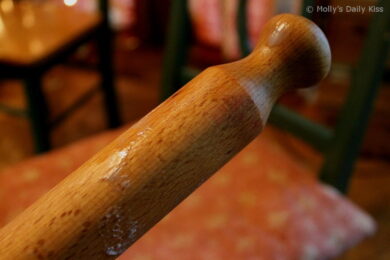 Ps… He used my face and mouth the clean the rolling-pin.

I like your rolling-pin better than mine; when I was visualising your punishment all I could say was ‘OUCH!’ (granite body with long pointy ends)… yours seems better suited to deviant uses 😉

I had a similar experience with a granite pestle a few years ago. I would imagine that the rolling pin has its own unique pleasures. Very well written.

I have used the granite pestle too… feels great inside me as it is so cold.

Wow…I would’ve never thought to use a rolling pin that way. Well-written!

To be perfectly honest, and perhaps a bit crude, my cock is hard at the thought of that rolling pin filling your cunt 🙂