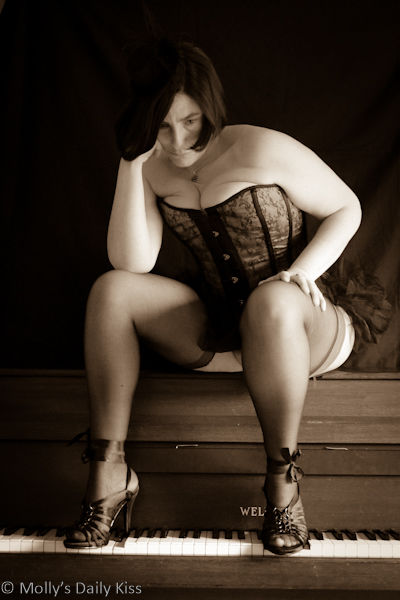 In my younger years I made some terrible decisions. They were all my own, there is no one else to blame but myself. They stem from lack of imagination and possibly lack of choices, certainly lack of perceived choices. What else was there to do but get married, buy a house, have a baby? It is what you do, or so I thought, and so I did. I did learn though, as the saying goes, better late than never and in my mid 30’s I changed everything. Overnight I became a single parent, an unemployed one at that, but despite all the nightmares that came as a result it was one of the best decisions I ever made and ultimately led me to this place and this life that I live today.

Since that day there have been a few more decisions; travelling to the USA on my own to meet some bloke I had met on the internet was one, as was the resulting 18 months of long distance relationship which finally came to an end when he moved here and I (we) made another bold move to get married. Now marriage for me was a tricky subject, the first one not ending well and my association with the whole idea being one of boredom and frustration but this felt different. I am fairly sure that at the time many people thought I was mad to marry someone I had only ever spent 3 weeks at a time actually living with but like everything that had gone before with regards to this relationship, taking risks and following my gut, had paid off, so might as well go for one more.

I think now I am better making those big decisions. I am certainly bolder, braver and have a great deal more belief in myself as a person both professionally/work-wise and socially. I am far more likely to give things a go and I have learnt to really trust my gut instinct and not allow the past to continue to limit me but there are some decisions that I am truly rubbish at. A tendency to over think coupled with too much choice can sometimes make things tricky.

“Where should we go on holiday?”

I don’t know, too much choice, too many options and not enough time. I want to go on ALL the holidays. I can’t decide!

“What shall I wear?”

Oh fuck, that depends on the weather, the company, the destination, the mode of travel, the day of the week, the time of the month….. this is a minefield of nightmares

“Shall I buy these shoes”

But they are expensive. When would I wear them? How many shoes do I really need? (don’t answer this as we all know that the number is HIGH) Do you like them? Do I like them? I do, but….

“What do you want for dinner?”

I don’t know what is there? What time are we eating? What are the options? Why don’t you just pick? Oh, you’re picking that, hmm. (at which point I am always grateful that he doesn’t just murder me.

Then there are restaurant menus which can be one of three ways. I either make an instant decision or I narrow it down to two or 3 possible options which I then can’t decide between or there is just two much yummy choice at which point I discard the menu and abdicate responsibility to him. However the second option can sometimes look like this.

Me…”I don’t know whether to have the Lamb or the chicken they both look good.”

Him…”I think you should have the Lamb”

Me…”Hmm, the chicken looks nice though and it comes with….(insert yummy side dish)”

Him…”Yes, but we have chicken at home a lot and you like Lamb and don’t have that very often”

Waiter arrives…. “What can I get you?”

Him… “She is having the lamb”

Now put a camera in my hand and I can make a decision instantly. I am quick, decisive (I have learnt that indecision makes for poor, or even worse, no photographs) and confident. Although when it comes to deciding which ones to post here, a bit like choosing from a menu I either know instantly or I don’t, at which point we tend to have a very similar conversation to the one above just swap the Lamb and Chicken for different photos and don’t bring in the waiter. Have I ever mentioned what a patient man he is?

No Butts About It

I love this photo. It’s brilliant. Everything is lovely right down to the expression on your face.

Your conversations made me smile, but damn, that photo is hot! I love how you perfectly portrayed ‘decisions’ in the photo 🙂

So funny, I loved reading this, smiled throughout the whole thing. Quite liked the accompanying photo as well.

I agree with Cammies, this was a great read. I too feel that I can be both terrible & brilliant about making decisions. And this image…well I hope it wasn’t one you weren’t sure about because it’s beautiful!
xxPenny

Brilliant conversational post which I think everyone can relate to (especially about the shoes for both women and some men I know!). Love the picture too perfect accompaniment and it has a wonderful vintage feel about it as well.

You were right, I did laugh – hysterically. Were we separated at birth? My meal decisions look EXACTLY like that. And on shoes, the other question is, “What else will these go with?” Which is often followed up by, “But does it matter that they will only go with one dress that I only wear one time a year?” Ack!

I saw this shot yesterday and couldn’t think how, or what, to comment on it. It’s so powerful and raw. I love it.

I’m terrible at making decisions when it comes to an empty car park. It drives my wife up the wall.

But apart from that, I’m not too bad. I rarely make an optimal call, but they aren’t always dreadful! 😉

I am very decisive person. It comes in two flavors. Knowing exactly what I want and do that or truly don’t care. The one exception seems to be Toll Lanes on the New Jersey Turnpike. I can never make up my damn mind and no matter what one I pick it will always be the slowest.

I’m glad your “impulsive” decisions worked out. For you and for him. Happy Valentine’s Day!

I liked your post! I especially like the play-by-play of conversation. I laughed out loud, read it to my Master and he also laughed. That is so much like a conversation that we often have. The problem is, I see my responses as still trying to analyze, (because he hasn’t actually TOLD me to have the lamb) whereas he sees it as my not obeying him. I’m finally learning that suggestions are expected to be obeyed. Oh. Now you tell me. 😉

I am very similar as when it comes to work and my blogs I am very decisive and in control. When it comes to social functions or general household things I am very indecisive. I think because it doesn’t really matter what I eat or where the sofa is placed or that toys are strewn about, I often falter on deciding what to do. When it gets really bad He gives me tasks or chores and I complete them without issue. I am thankful that he knows me well enough to know what I need even when I don’t.

Haha! Such a great photograph.

Yes, this is an utterly amazing photo. Ok, now I have a new favorite one of you.

🙂 I adore your words and I can definitely relate.
HUGS Xx

I’m not a decision maker at all, too unsure of myself and my choices to ever be decisive and absolute where choices are concerned.
There’s so much to like about this photo, not sure I’ve ever seen a pic of you in a corset before, but it looks amazing on you.