A to Z Blogging Challenge 2022Lilly 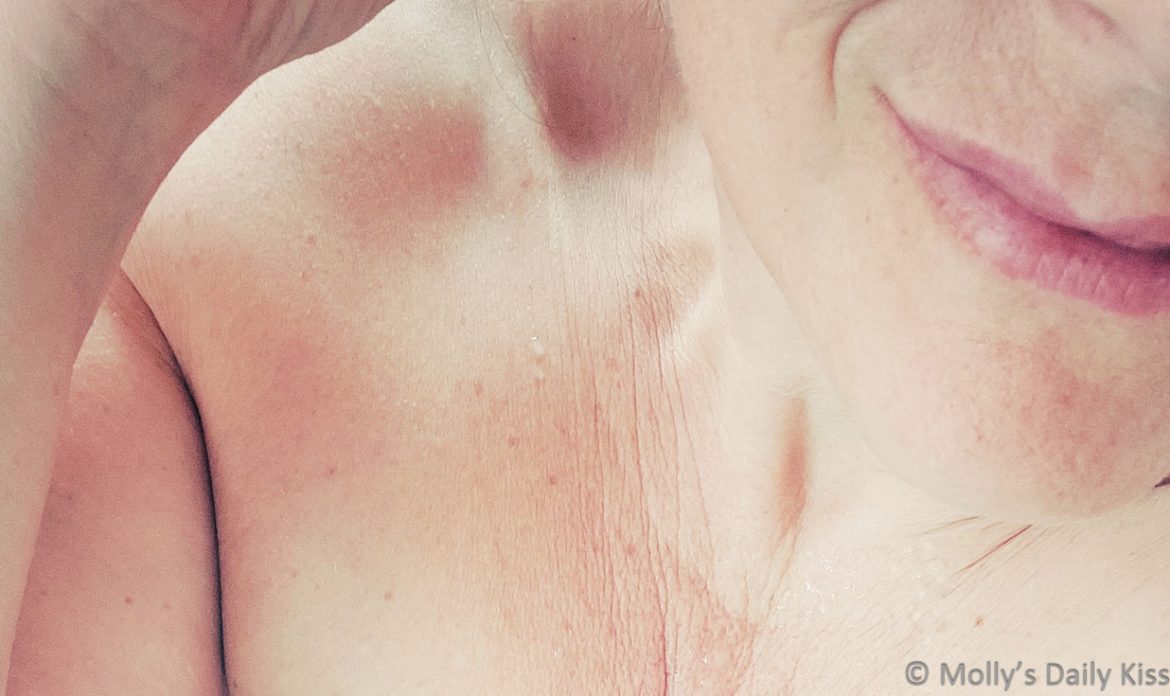 The last time I asked a woman if I could kiss them was back at Eroticon 2018. The person in question was slightly taken a back at first but then with her eyes flitting round the room she grinned and said yes. It was the first kiss I had shared with a women in a very long time and it was sweet and sexy and left me with a big happy grin on my face.

Later I learned that the person in question had been looking round the room to see if their partner was watching, wondering if maybe they should check with them first, but then, not wanting to miss the moment decided to go for it. Oh and turns out their partner was totally cool with it so win win.

So it has been 4 years since I lasted asked a woman if I could kiss them. Actually when I started writing this I realised almost to the day between that time and then next time.

We were sitting in the hot tub. It was dark, the little solar lightly sparkled on the fence behind her and there was some light coming from the house but apart from that the night, the dark was like blanket enveloping the moment, creating a sense of intimacy. We had been talking for a while, about various things. We were both naked. Fuck me I wanted to kiss her so badly. I had wanted to for days now, in fact I had wanted to on her last visit but I had not had the courage to say anything, to ask that question;

I am fairly bad at flirting with women. I have not had no near as much practise as I have had with men. I know how to do that, or at least have some confidence in my ability to flirt with men. With women, not so much. Back in 2018 when I asked for that kiss it had taken all weekend to pluck up the courage and I actually still can’t believe I managed to do it. Just in the moment, the eye contact, how she was leaning in to talk to me, watching her lips. I couldn’t stop myself. It just felt right.

In the hot tub, well as I said, I had thought about it a few times. I had imagined it a lot. I kept trying to coach myself to say it and then the moment never seemed right or my nerves got the better of me but then suddenly there was a pause in the conversation, the hot water swirled around us, I felt close to her, safe, bonded in some way that I can’t describe and suddenly I was saying it. Almost surprising myself. I think surprising her too but after a brief pause she smiled and said yes and pushed through the water into her space, my breasts pressing up against her knee and kissed her. It felt so right. It feels so right.

It would become the first of quite a few and other things too but it will always be our first kiss and I plan to ask her lots more times, Maybe every time we get into the hot tub, just to relive that moment again and again. First kisses are special and I will never forget this one.

[…] The next idea was a picture which was taken in March. But the letter didn’t fit. It was hard and I got frustrated. But then I recorded a voice message for Molly, just because I felt like it, and I remembered thoughts I had and what she wrote in her post yesterday. […]