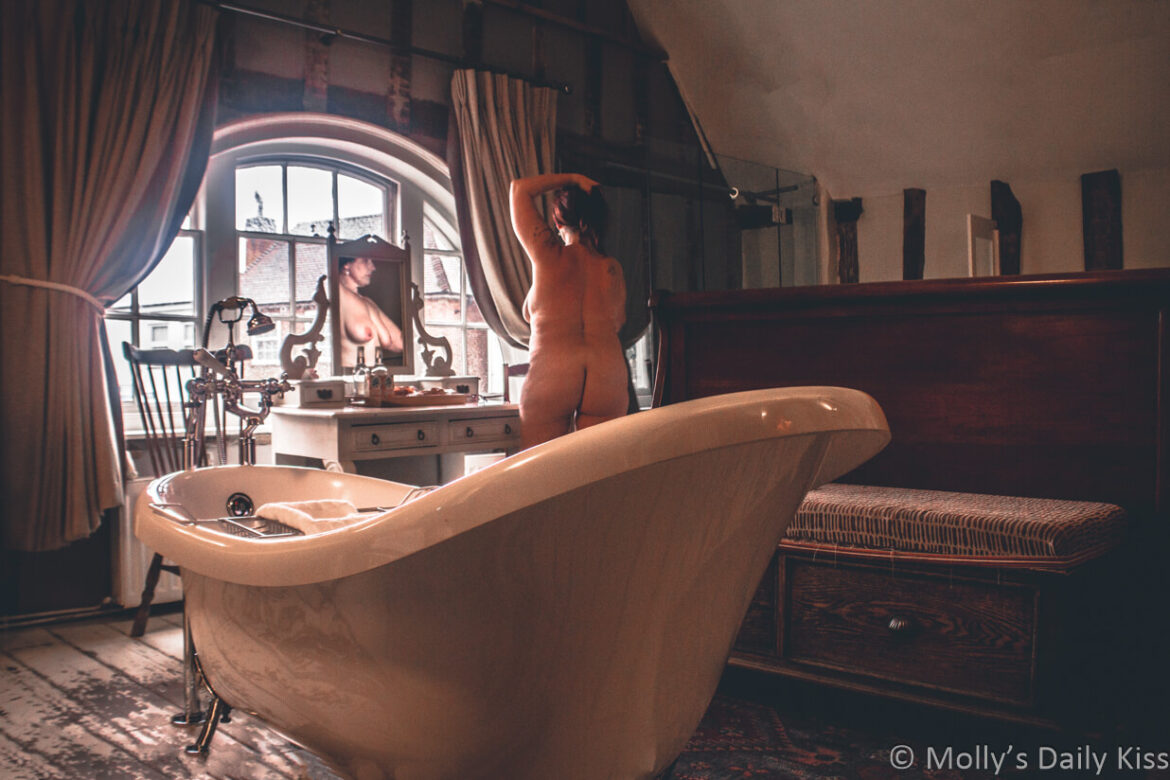 I wrote about hotel rooms this week for Kink of the Week. I spent ages trying to pick between a few possible pictures that I had taken in hotel rooms. In the end I picked this one of me in the bath but I thought I would carry the hotel theme on to Sinful Sunday and post this picture that I took in the same room because whilst the bath one is my favourite this is a close second.

Also this quote is spot on. As I wrote in my post, a hotel room is another world that is filled with potential. There is something about that, the moment when the door clicks shut behind you, that has a definite aphrodisiac effect on me. Also mirrors…..

That bath and room is amazing! No wonder you took such an amazing photograph. The depth of colours and textures in this image make me want to delve into it.
Missy x

This is such an incredible photo. It draws you in, and as FF said – the colours are perfect.

You have beautiful views there, don’t you.
And so do we, looking in.

That room is amazing! What a great place for such a sexy photo! Your reflection in the mirror really adds to it.

It’s a very beautiful room you found yourself in!

The composition of this photo is amazing. I love how there is a lot going on in the room (i need that tub) but my eyes go right to your incredible image in the mirror