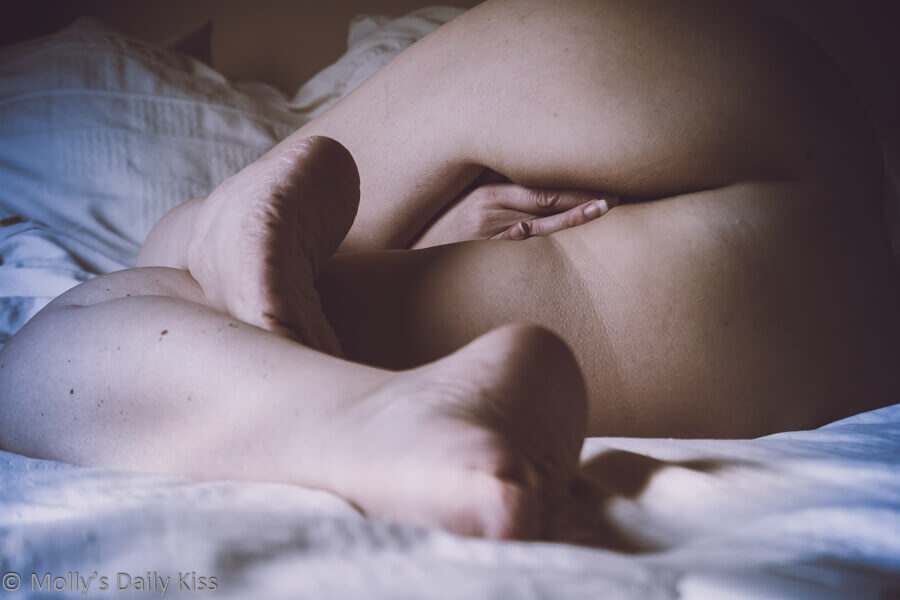 I used Tumblr for a variety of different reasons. Yes to drive traffic to my blog but really that was the least of the reasons, mostly because it is a bit of a closed world where people don’t click on outside links that much and so traffic was minimal in that regard. The main reasons I used it was as a repository of a vast amounts of filth that made my cunt wet, as inspiration for my own photography and maybe most of all as a giant love letter/list of suggestions to Michael.

Kissing, always kissing. Lots of it, preferably M/F but not exclusives, but lots of face holding and hair touching and hands on necks and men pinning women down and those moments of passion, those first kisses where you can can’t stop yourselves and tugging at clothes and breathless pauses to remove shirts.

Knife Play, with knickers being cut from bodies and red hot welts being left on skin and men in gloves holding blades against women’s necks or faces while they ravage their bodies.

Blow jobs with her on her knees, big eyes looking up, salvia coating her lips, lipstick smeared over her face, his hand in her hair.

Threesomes of all persuasions but especially ones that feature one female partner being forced to watch another and some featuring real life double penetration with one girl being used by two guys.

There would be other things too but as you can see all with an over arching theme which I acknowledge is mainly hetro in nature but that is mainly the way I am wired, with a strong emphasis on male dominance, female submission all wrapped up in a consensual non-consent bow.

Sadly money prohibits me creating such a space but I do have this space and whilst it might not be Tumblr it is something and I intend to keep on using it for a long as I physically can or until those attempting to control the internet force me to stop to create content that tickles my wet spot and maybe some other peoples too.

Anyway, I HAD planned to do that on Tumblr, but guess that ain’t happening now.

I used to have a sex themed Tumblr when I was first starting to explore my sexuality and gender, it was so instrumental to me learning to love myself. What a loss 😞

I haven’t used tumblr for a while (kinda got addicted) but always loved the anything goes nature of it. It’s neutering is a loss to the online world that makes me sad for the future a little. I did like what you had on there

If you will act fast there are some tools to backup all your posts to local drive. Look for a tool called TumblrThree

And Tumblr or not, your Daily Kisses, always tickles my wet spot !!!